Submitted by: Christian.Nunes
Specimen type: Photograph
Observation notes: Two Mylitta Crescents were observed where the Eldorado Canyon Trail crosses North Draw. This area often has running water, but at the moment it's just a moist gully. Both bugs would cruise around quickly, landing on the path and on nearby bare ground, logs, rocks. They were difficult to approach. They struck me as being quite large, making me think they were checkerspots until I looked them up in a guide later in the day. The forewing pattern is that of a Mylitta and not that of the similar and more common Pale Crescent.
Status: Resident
Verified by: mikefisher
Coordinator notes: Phyciodes mylitta or the Mylitta Crescentspot has expanded its range into eastern Colorado but it is yet unknown from the Front Range (I have it from Elbert Co. but well east of the Denver-Boulder area). This is definately Phyciodes pallida which is widespread in the Front Range between Denver and Ft. Collins. For other specific differences, see Butterflies of Colorado, Part 3 (Gillette Publications, Ft. Collins - but no longer available). The CU museum library should have a copy.
Checklist region(s): United States, Colorado, Boulder County 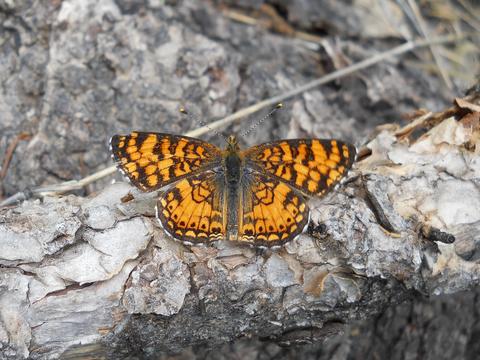 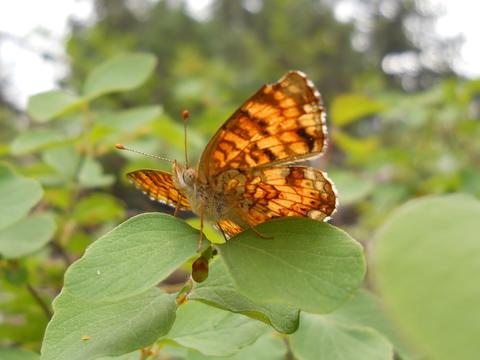