Submitted by: A_baldini
Specimen type: Photograph
Observation notes: Time: 11:54 a.m. Temperature: ~80 degrees. Wind: ~7 mph. Sky: Partly cloudy. Habitat: Soapstone Prairie Natural Area, a vast expanse of shortgrass prairie filled with hills, buttes, rock formations, arroyos, and small canyons. Notes: I was very fortunate to stumble upon a small population of Wyoming Satyrs at the southern parking lot of Soapstone Prairie. They all seemed to reside within a fenced-in field in the middle of the parking lot loop (pictured). After master naturalist Boyce D. and I walked all around the enclosed field, we believe there were about 5 or so in the area. The field consisted mostly of grasses (few flowers), and none of the satyrs seemed interested in nectaring, not even at the rabbitbrush bushes nearby. While one of them was in my enclosure, I noticed a strange behavior: when crawling around, it moved in a sudden, jerky manner, not in a consistent, fluid motion. I've never seen a butterfly move so robotically before. It was released successfully back into the colony.
Status: Resident
Verified by: mikefisher
Coordinator notes: You are correct in the ID. Yes, some species when walking are kind of herky-jerky, particularly some of the satyrids. Wyomingo is best treated as a subspecies of Neominois ridingsii. Have you found this species at Soapstone Prairie earlier in the year in June? In Larimer County it is not uncommon to find nominate ridingsii at such a location earlier in the summer, then wyomingo at the same place later. They are essentially separate populations (allochronic) and each have distinguishing characters that identify one from the other. This is the conclusion of James Scott, the author of the name wyomingo who has studied it more than anyone else and also done the complete life history. It has the longest maturation time of any butterfly with a single generation (or flight) each season. Interesting bug. Mike
Checklist region(s): United States, Colorado, Larimer County 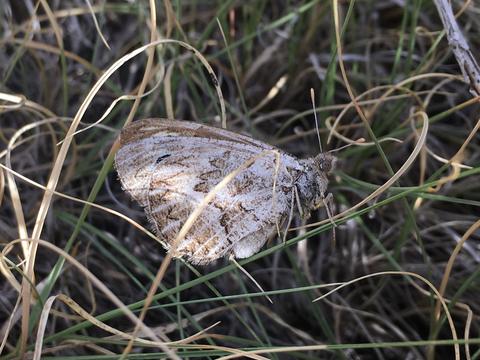 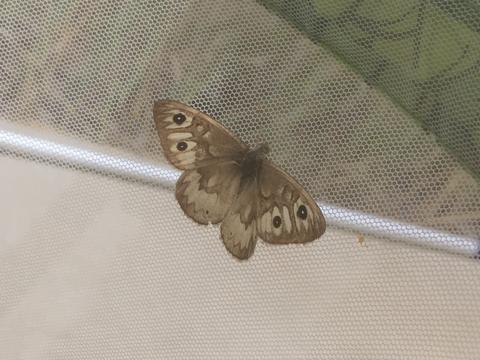 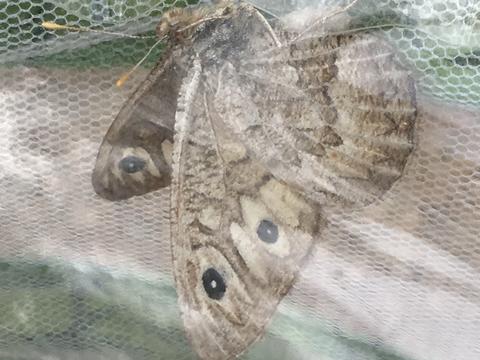 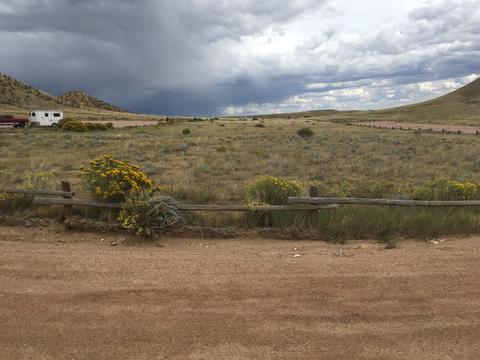 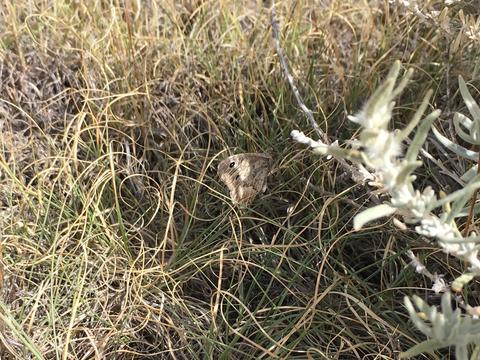 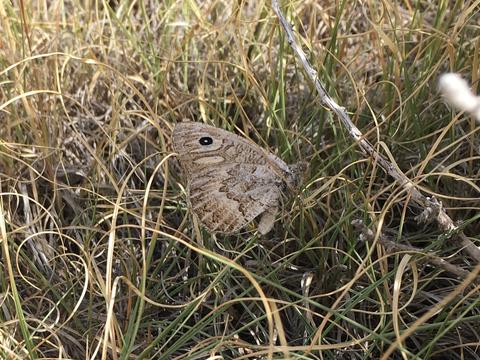