Submitted by: lizwants2die
Specimen type: Photograph
Observation notes: It got trapped in between my two windows, where I'm certain it laid eggs. When I first spotted it, there was an unidentified batch of small green balls. Initially I wasn't certain whether or not they were there before, but then this morning, there were more of them, and they were scattered everywhere. So I'm fairly certain it laid them. The eggs are vibrant green, perhaps 1-2mm in diameter each. I believe there were roughly 50. The moth itself was quite large, probably about 40mm. Its behavior consisted mainly of what you'd expect of an insect stuck between two windows, ie lots of flying around and banging into both sides of the windowsill. I don't know if it's worth noting or not that the moth did not at any point fly vertically. It did not fly higher than around 4cm above the base of the windowsill. Also, at one point, it suddenly flipped over on its back and began to convulse. This lasted maybe 20-30 seconds, and to my knowledge it occurred only once, during one of my barrages of photos (with flash). I suspect perhaps it was playing dead? It returned to normal immediately after. I woke up at around 12:30pm this afternoon, and I could still hear it fluttering around. It died around 30 minutes later. I suspect it either cooked in the sun or perhaps reached the end of its lifespan, having now laid all of its eggs, as I know some insects do die after doing so.
Status: Resident
Verified by: Sue Gregoire
Coordinator notes: If there was sunshine, you are probably correct. She cooked in there.
Checklist region(s): Canada, Quebec 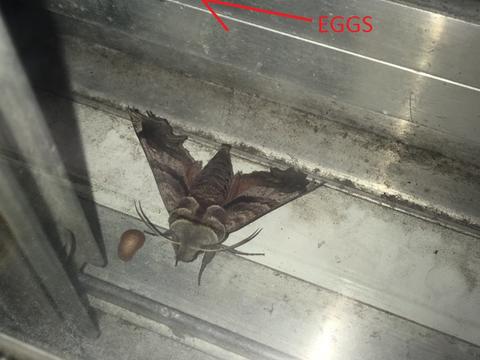 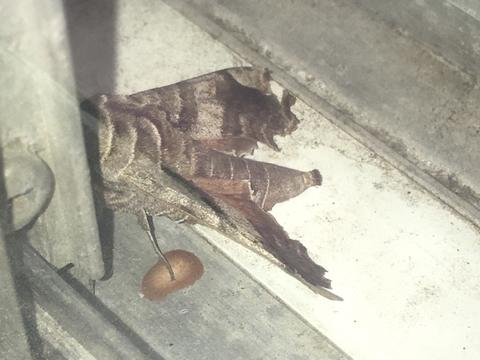 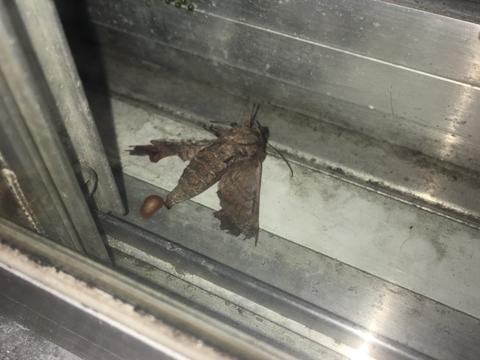 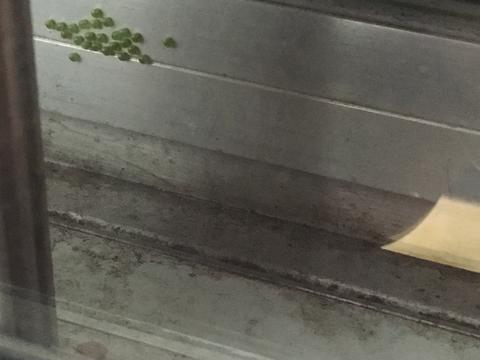 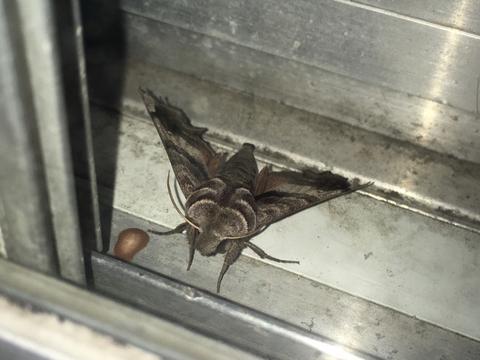