Family: Lyonetiidae
Subfamily:
Identification:
Wing Span: 0.9-1.0 cm
Life History: Time from egg to adult is ~34 days, under field conditions in August and September, in Jefferson County, West Virginia. Adult males and females live ~8 days
Flight: Adults are on wing in September, and overwinter, appearing again in the spring.
Caterpillar Hosts: Larvae are known to be blotch leafminers of apple (Malus domestica) (1) The larvae are also known to feed on quince, japonica, mountain ash and European white birch (Betula pendula), an invasive in some states in USA and in parts of Canada. They mine the leaves of their host plant, depositing their eggs in the underside of a leaf. Around the oviposition site a cavity develops, that in the end often leaves a hole in the leaf. Then, the mine becomes a narrow, hardly widening, winding corridor, largely filled with a broad reddish-brown frass line. The corridor then widens into a wide, full depth blotch, often against the leaf margin. The larva may leave its mine and start a new one, sometimes on a different leaf.
Adult Food:
Habitat:
Range:
Conservation:
NCGR:
Management Needs:
Comments: 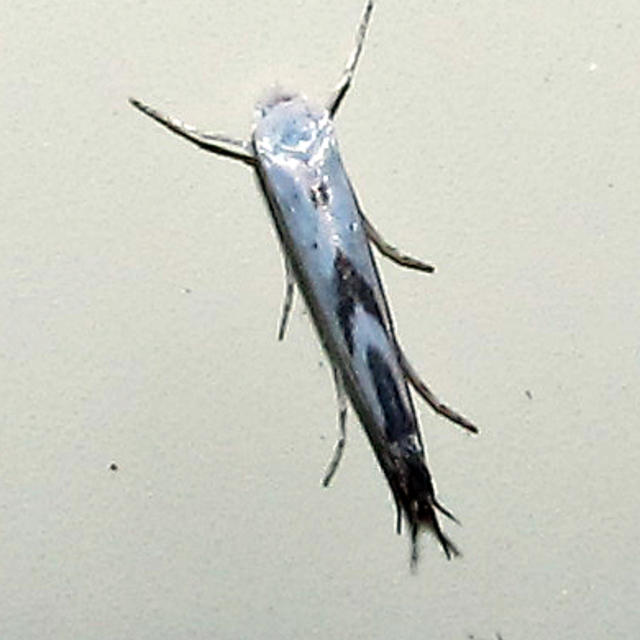