Family: Erebidae
Subfamily: Lymantriinae
Identification: "Forewings grey with few markings, consisting of a darker antemedian and erratic postmedian line, usually poorly marked. The reniform is usually indicated by a dark dot or bar bordered by pale scales. Hindwings pale orange-buff with a wide black border, and with the buff largely suffused with grey in many specimens" (5). See the E.H. Strickland Museum species page for an unusually well-marked specimen.
Wing Span: 3.0-3.4 cm
Life History: The larvae may take multiple years to complete development (7-11 years in northern Canada (6)), and females can produce fertile eggs without mating. The larvae are covered in dense soft grey hairs, and the cocoon is a grey oval with the larval hair incorporated into it.
Flight: May to August
Caterpillar Hosts: Reported larval hosts included species of Saxifraga and Salix; possibly also Potentilla (Handfield, 1999). Willow buds are favored at some arctic sites. Reported to have been collected on Rubus acaulis and was reared in the lab on R. idaeus. PNW reports Dryas as a larval host as well.
Adult Food:
Habitat: This is a tundra species that occurs in rocky alpine habitats on top of high mountains. Also reported to occur in open alpine bogs
Range: This species has a Holarctic distribution, occurring in Japan and Siberia in the Old World. The Nearctic populations are found in arctic, subarctic, and alpine tundra from Alaska to Labrador. Isolated alpine populations are found on mountains as far south as the White Mountains of New Hampshire and in Colorado.
Conservation:
NCGR:
Management Needs:
Comments: 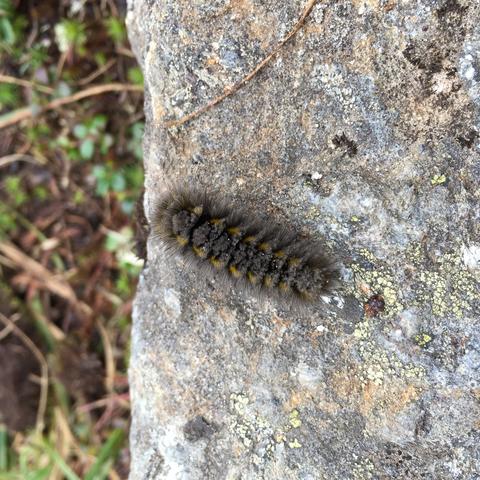 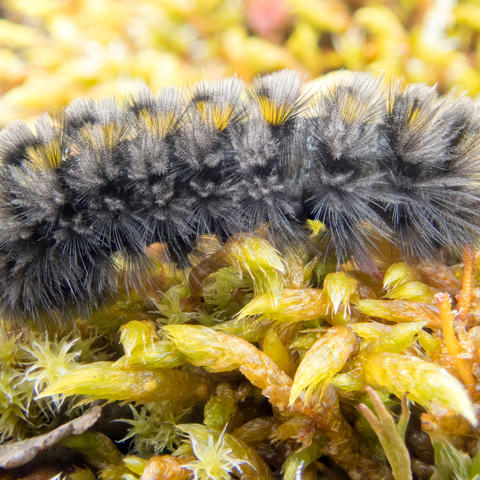 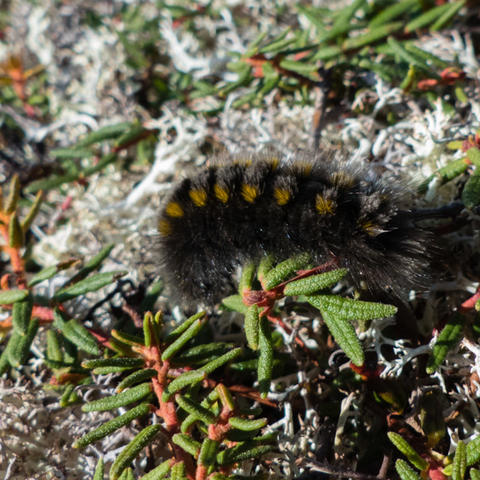 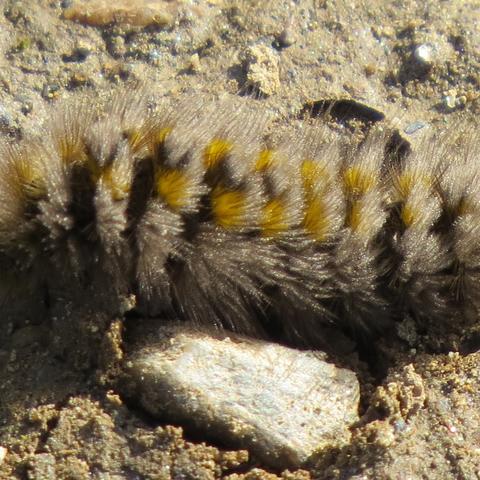 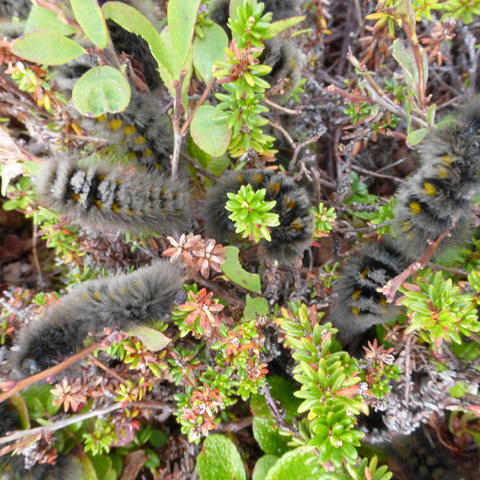 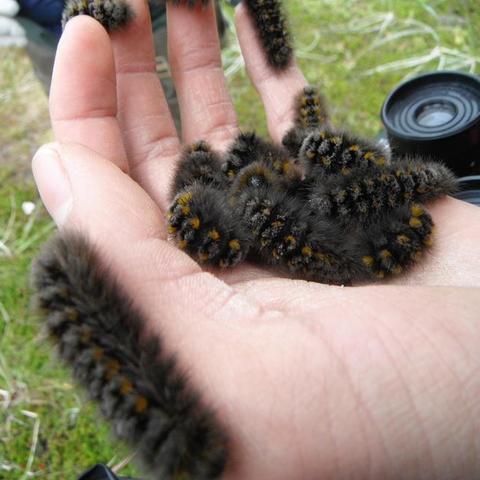