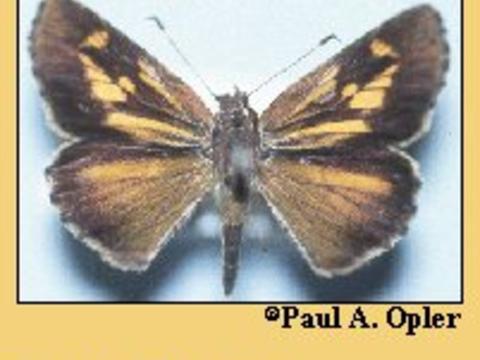 Family: Hesperiidae
Subfamily: Hesperiinae
Identification: Upperside is dark brown with orange patches. Underside of forewing is similar to upperside; hindwing is mottled brown and gray with a dark triangular area on the leading edge.
Wing Span: Not reported.
Life History: Adults fly swiftly, most often in the afternoon. Adults rest with their wings closed, but bask with hindwings open wide and forewings open to about 45 degrees. Males perch to find receptive females. Caterpillars live in shelters of silked leaves.
Flight: August in southern Arizona, much of the year in Mexico.
Caterpillar Hosts: Not reported; probably grasses, sedges, or rushes.
Adult Food: Flower nectar.
Habitat: Subtropical.
Range: El Salvador north through Mexico. One stray from Mexico was reported in southern Arizona.
Conservation: Not required for a rare stray.
NCGR: G4 - Apparently secure globally, though it might be quite rare in parts of its range, especially at the periphery.
Management Needs: None reported.
Comments: NULL 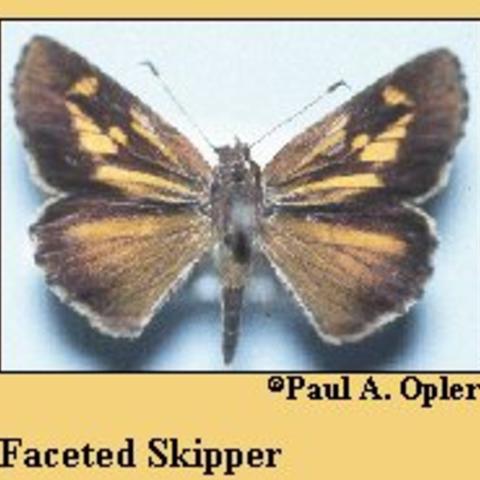