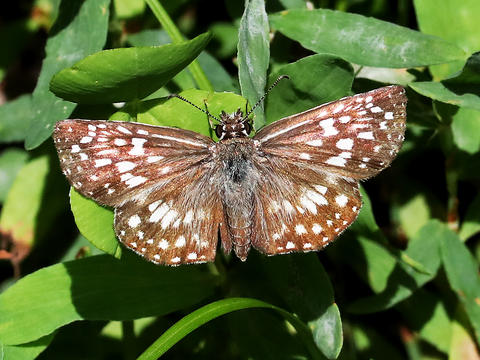 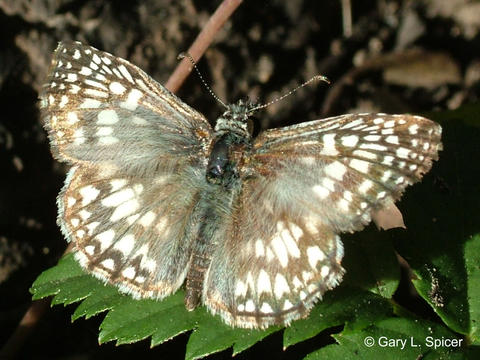 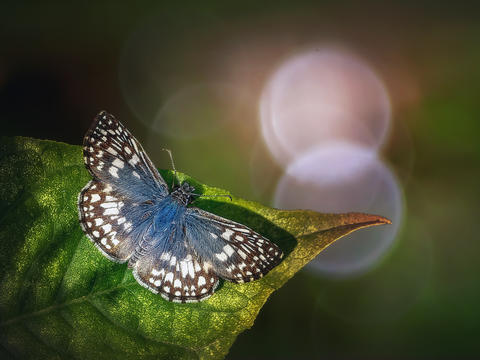 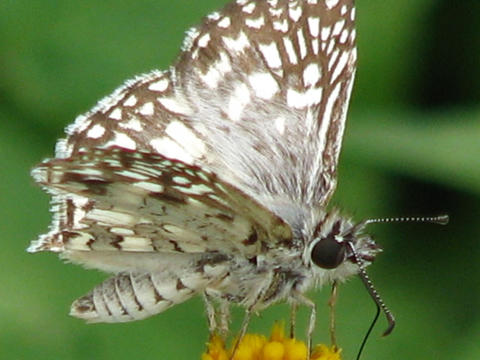 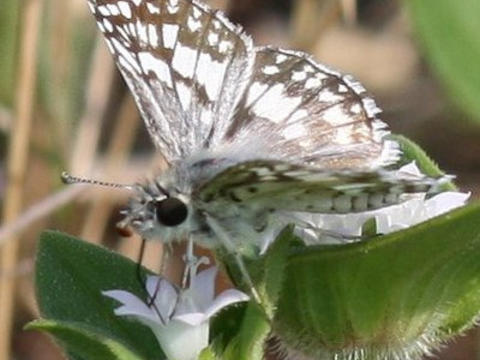 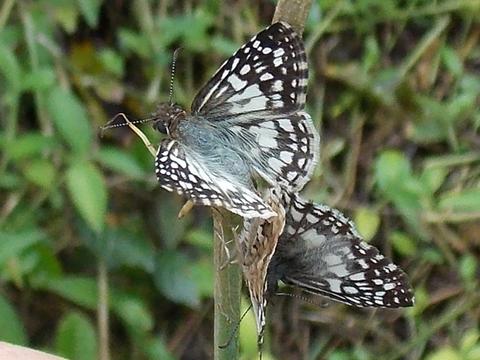 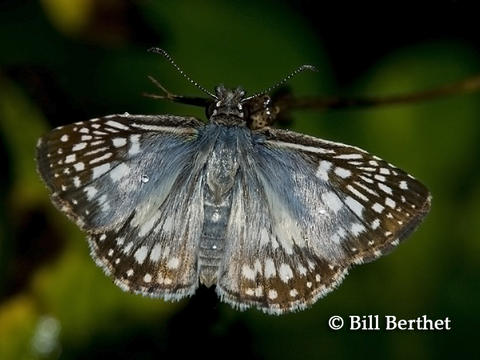 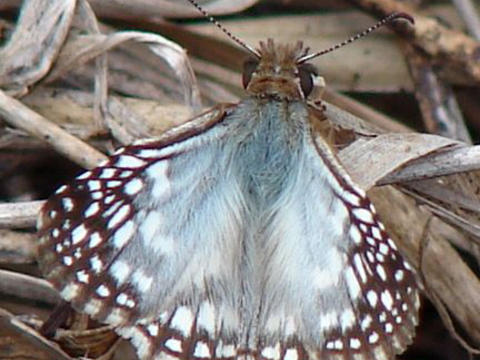 Family: Hesperiidae
Subfamily: Pyrginae
Identification: Upperside is dark brown with pale markings; male forewing has a mat of long blue-gray hairs; hindwing of both sexes has marginal and submarginal bands made up of equal-sized spots. Underside of hindwing is pale, often with a strong brown overlay; not much contrast between bands and ground color.
Wing Span: 1 1/4 - 1 1/2 inches (3.2 - 3.8 cm).
Life History: Males perch and patrol for receptive females. Eggs are laid singly on the uppersides of host plant leaves. Caterpillars feed and live in the shelter of a webbed leaf.
Flight: Four to five broods throughout the year in South Texas and Florida.
Caterpillar Hosts: Several plants in the mallow family (Malvaceae) including axocatzin (Sida rhombifolia), mallow (Malva), hollyhock (Althaea rosea), velvet-leaf (Abutilon), and malva loca (Malvastrum).
Adult Food: Nectar from flowers of Sidas and small-flowered composites such as shepherd's needles.
Habitat: Open, sunny areas including pastures, brushy fields, wooded trails, thorn-scrub, and roadsides.
Range: Peninsular Florida, the Gulf Coast, and South Texas south through the West Indies, Mexico, and Central America to Argentina.
Conservation: Not usually required.
NCGR: G5 - Demonstrably secure globally, though it may be quite rare in parts of its range, especially at the periphery.
Management Needs: None reported.
Comments: NULL 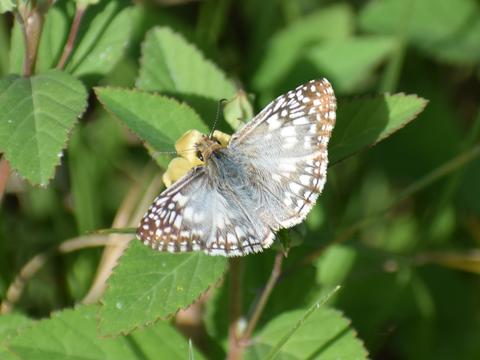 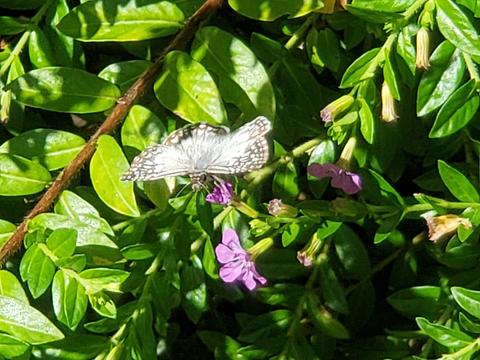 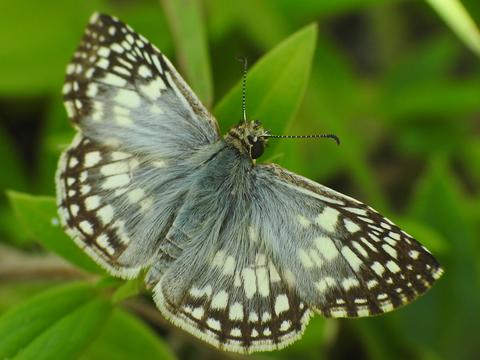 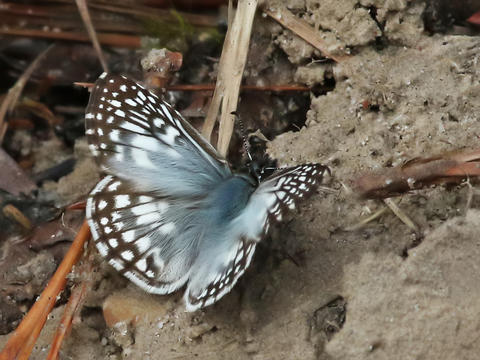 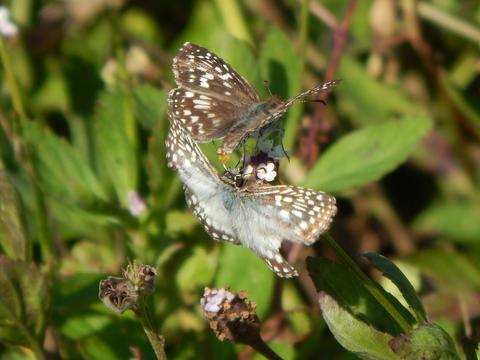 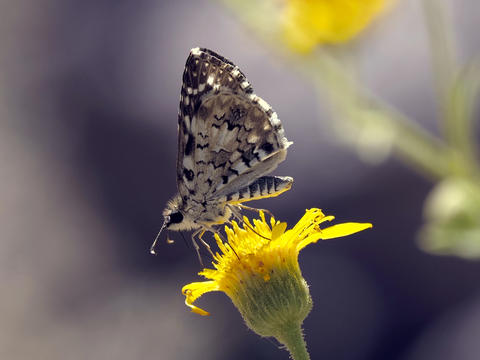 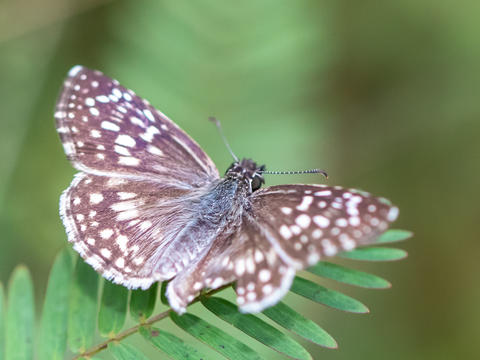 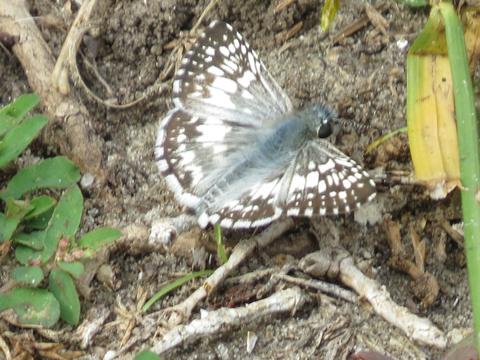 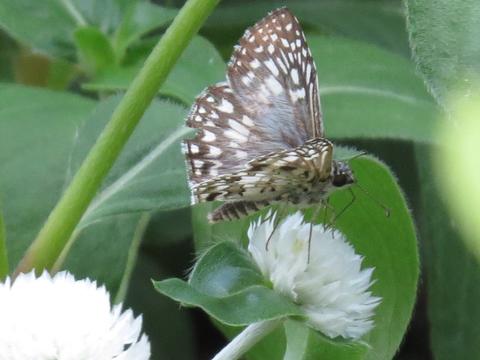 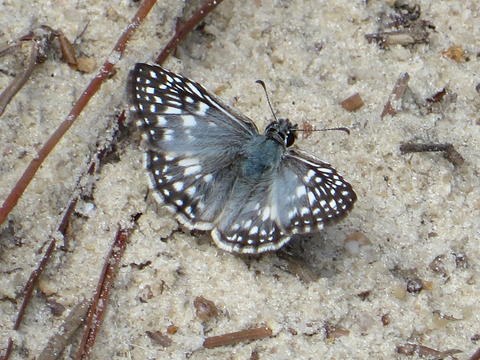 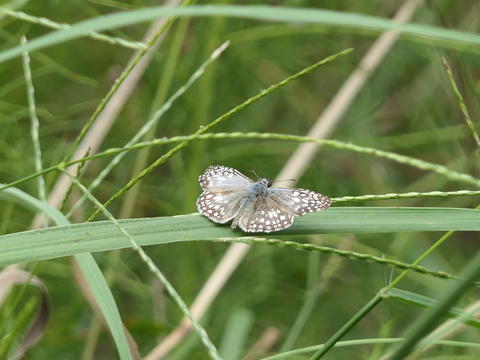 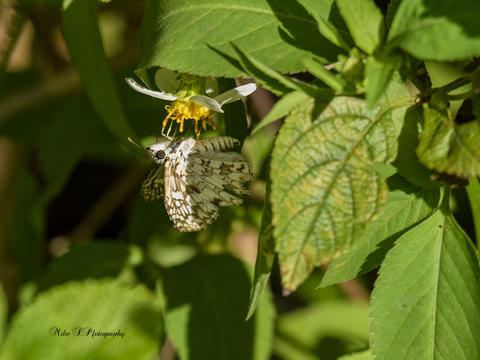 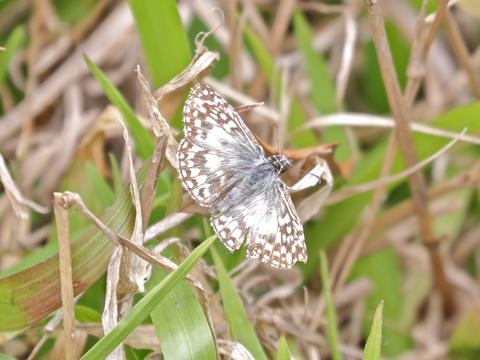 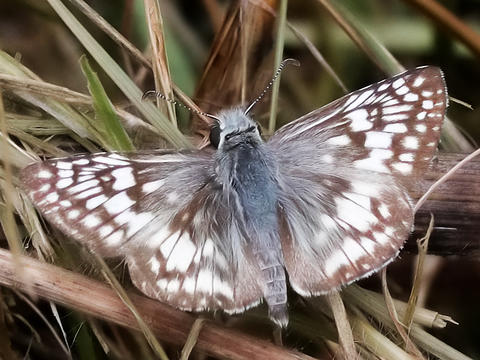 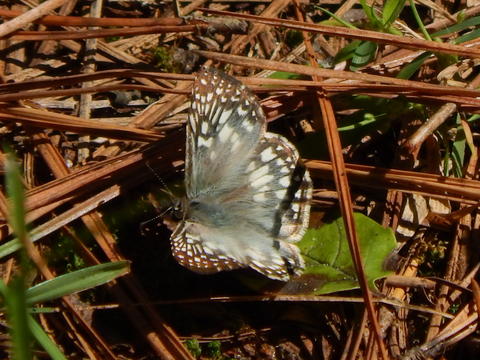 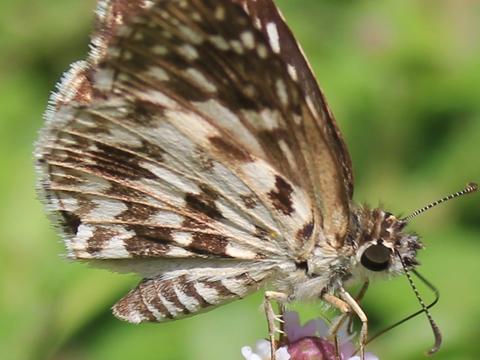 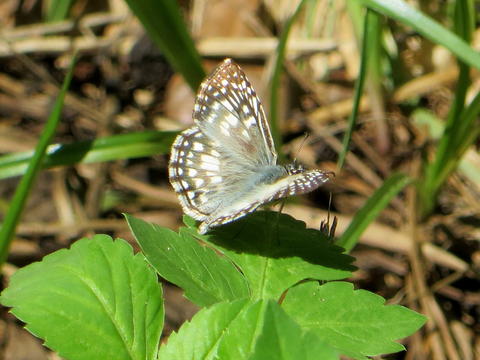 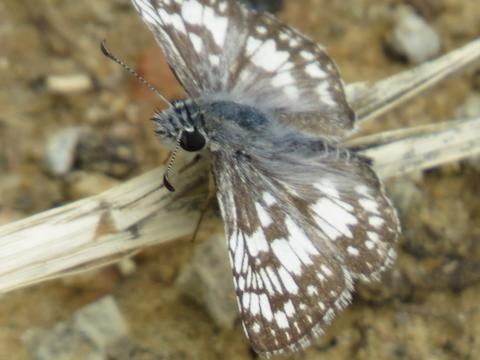