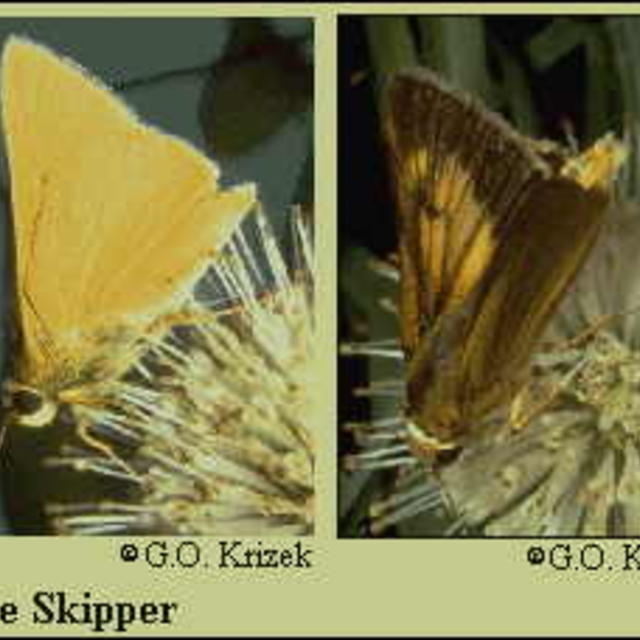 Family: Hesperiidae
Subfamily: Hesperiinae
Identification: Upperside is yellow-orange with black borders, which are wider in the female. Underside of forewing is yellow-orange with black on the lower outer edge; hindwing is yellow with no markings.
Wing Span: 1 1/2 - 2 1/8 inches (3.9 - 5.4 cm).
Life History: Not reported.
Flight: Two broods in May and July-September; possibly one brood in the north.
Caterpillar Hosts: Not reported.
Adult Food: Nectar from flowers of pickerelweed and swamp milkweed.
Habitat: Brackish river marshes and abandoned rice paddies.
Range: Isolated populations along the Atlantic Coast from southern New Jersey and Maryland south to coastal Georgia. The range was extended into New Jersey during the 1980's.
Conservation: Populations should be conserved wherever found.
NCGR: G2 - Imperiled globally because of rarity (6 to 20 occurrences), or because of other factors demonstrably making it very vulnerable to extinction throughout its range. (Endangered throughout its range).
Management Needs: None reported.
Comments: NULL 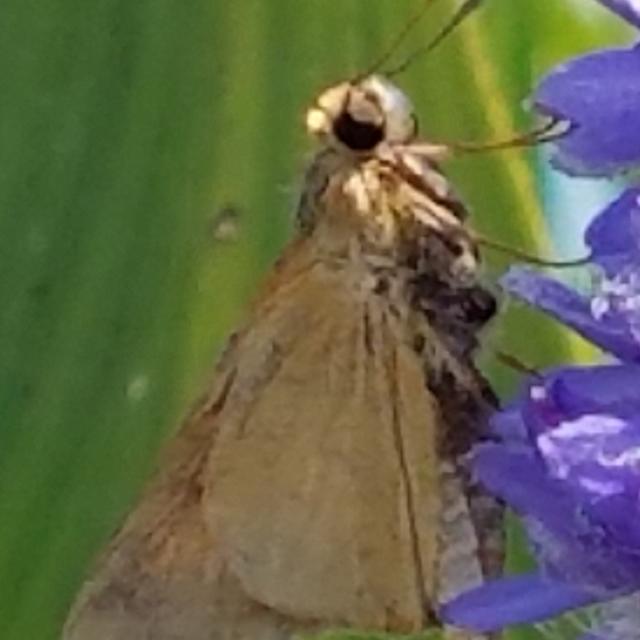 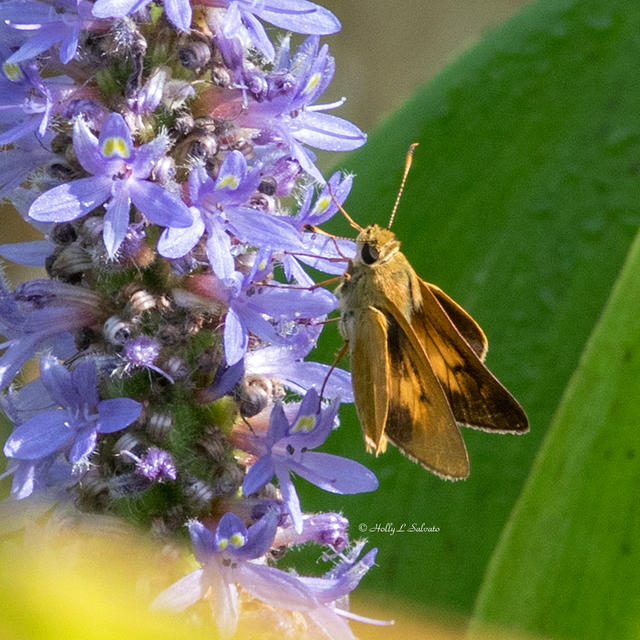 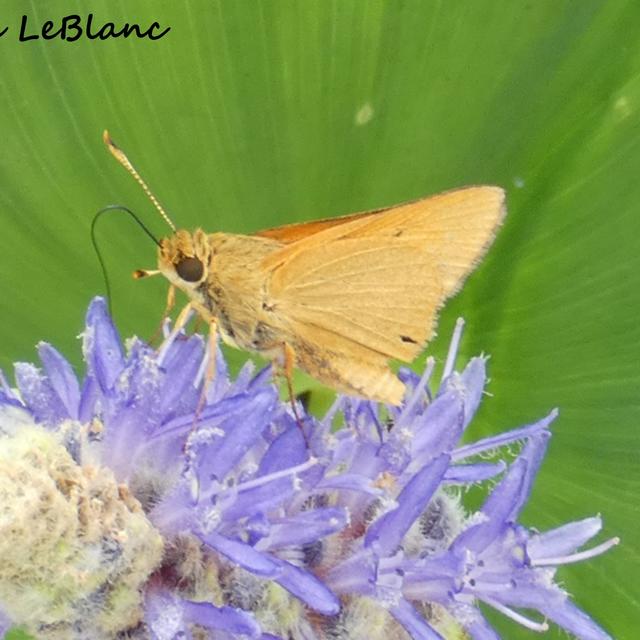 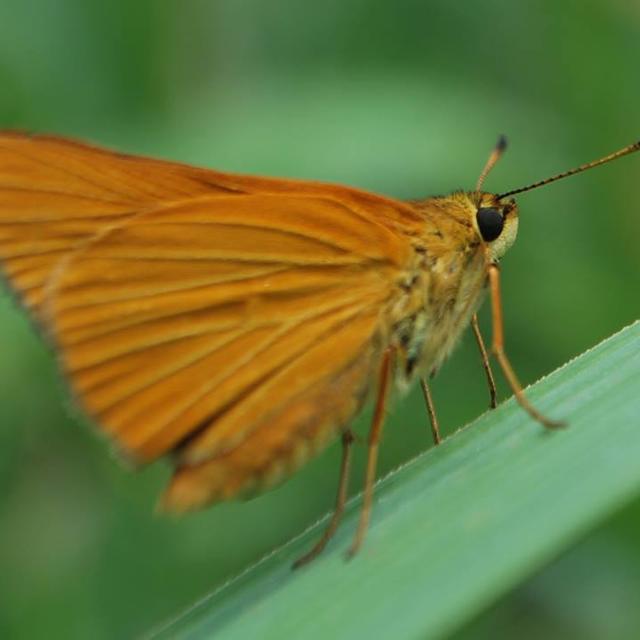 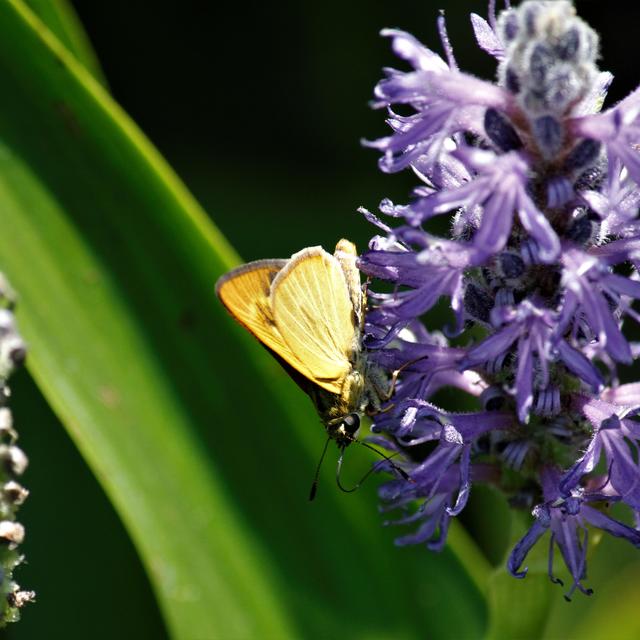 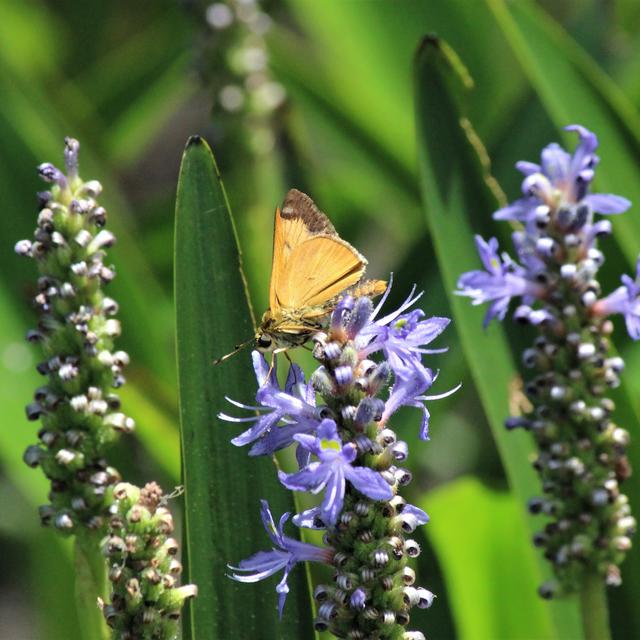 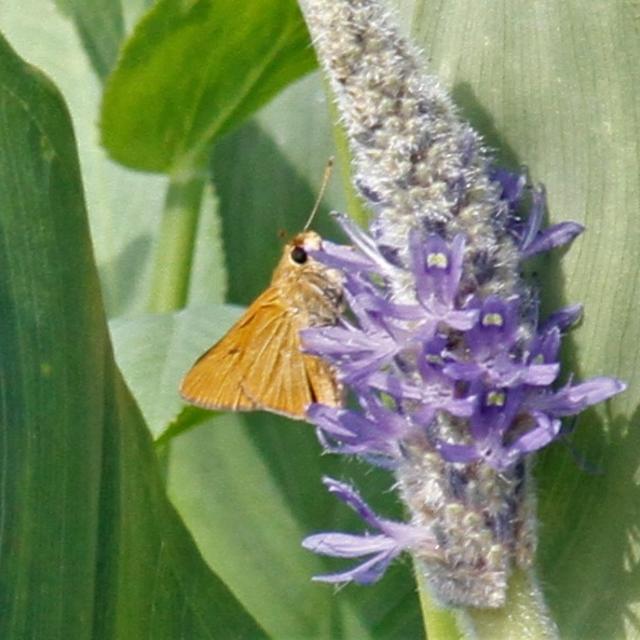 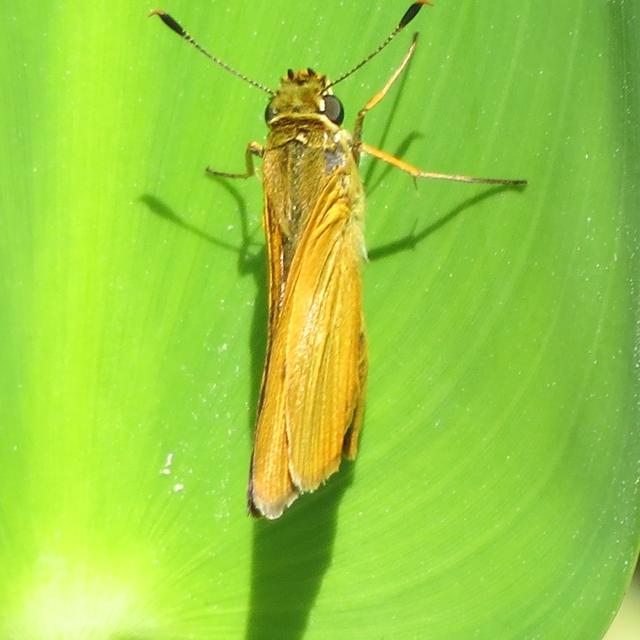 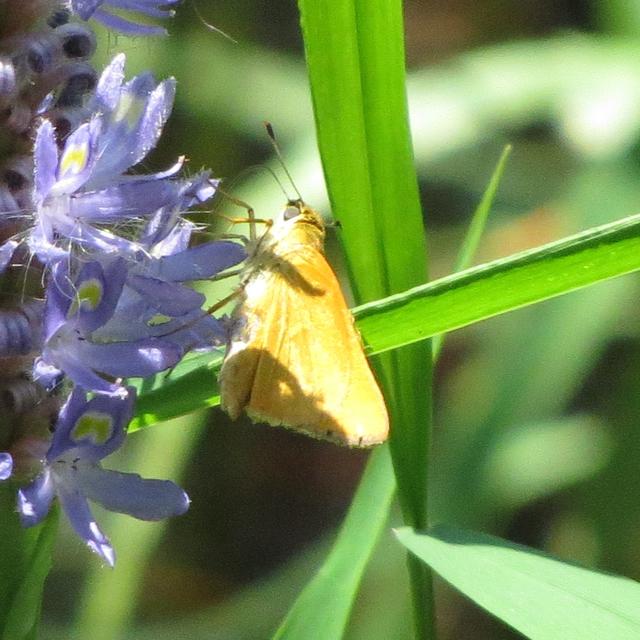 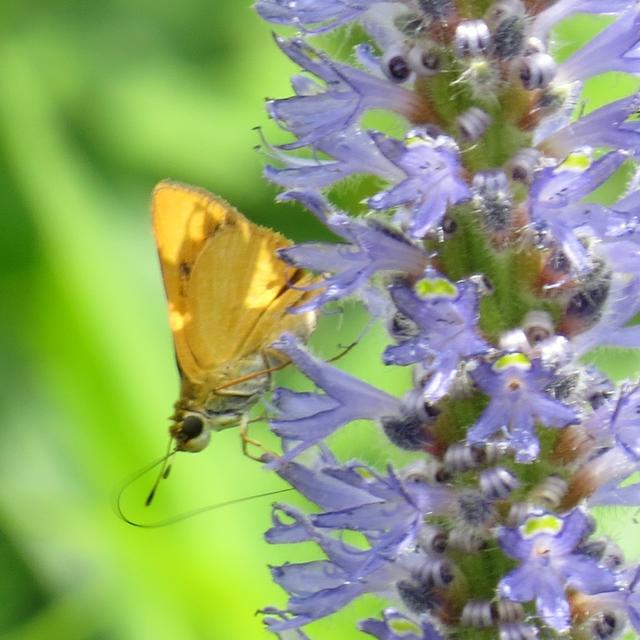 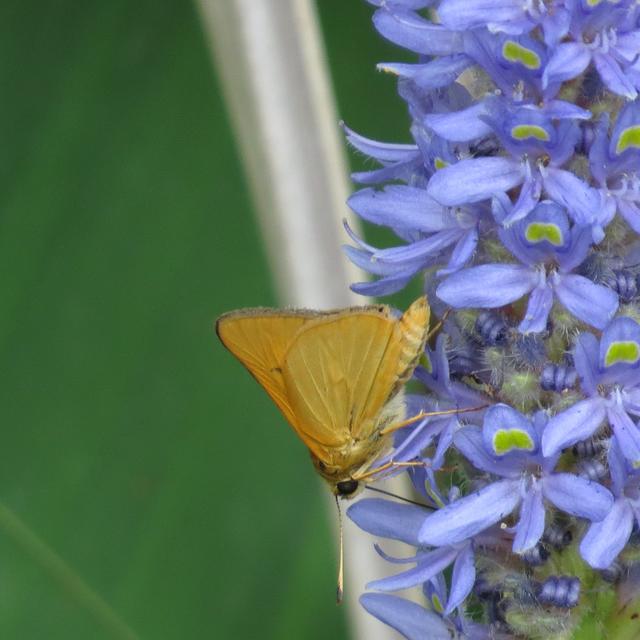 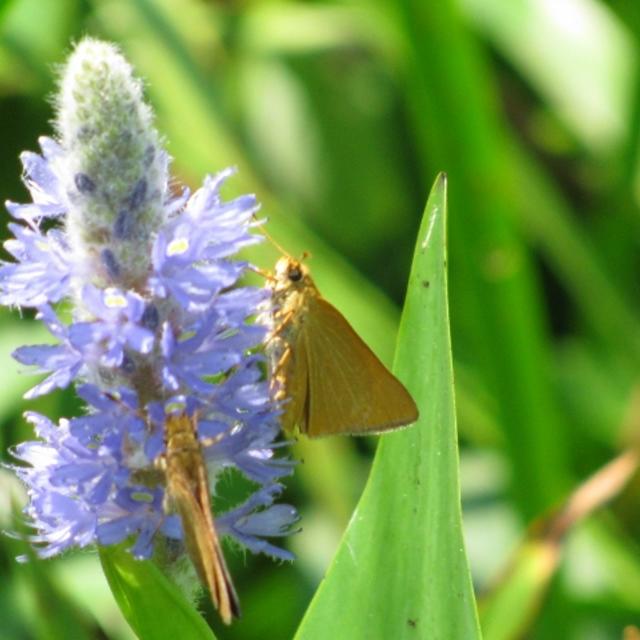 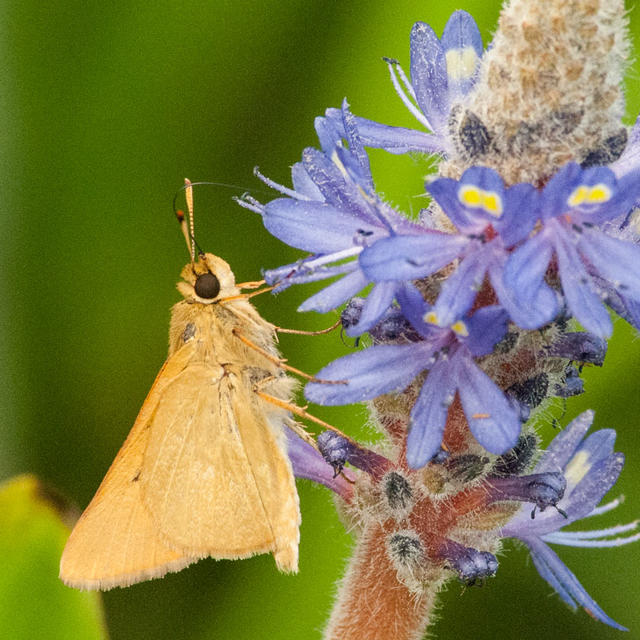 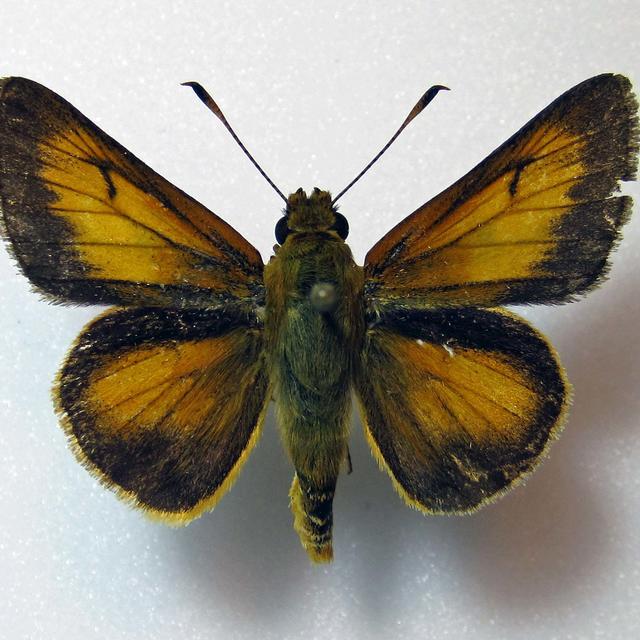 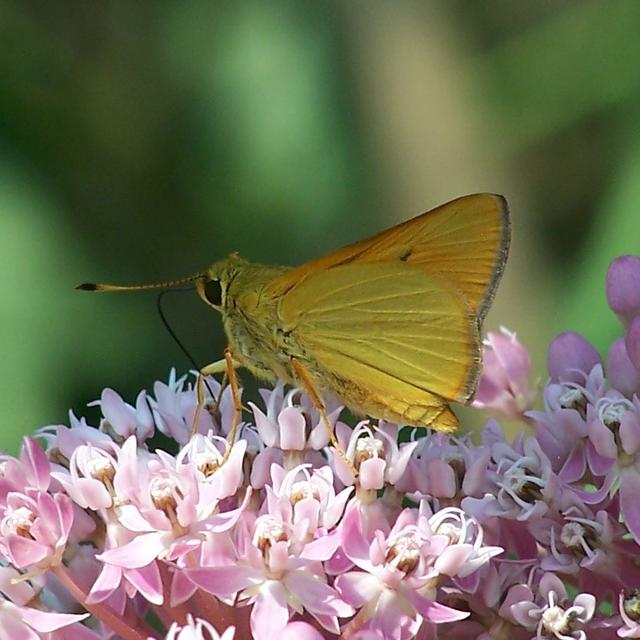 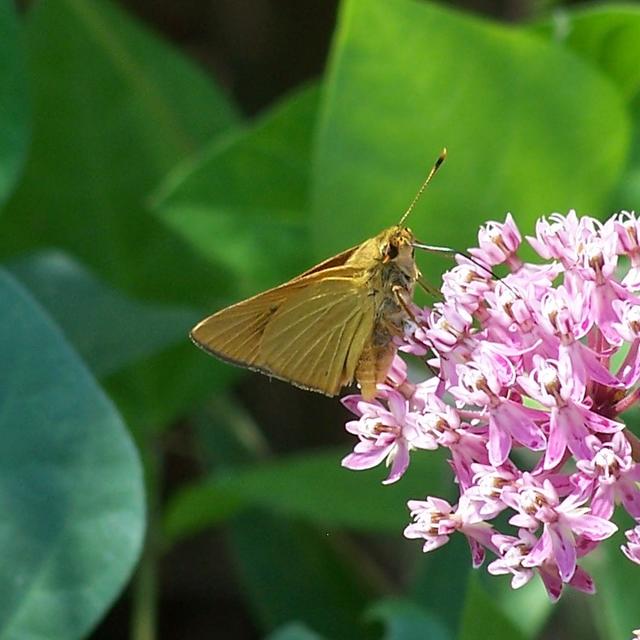 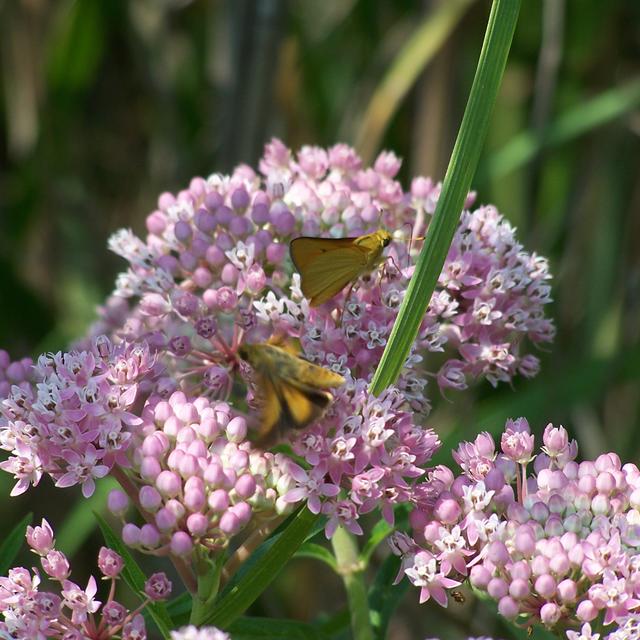 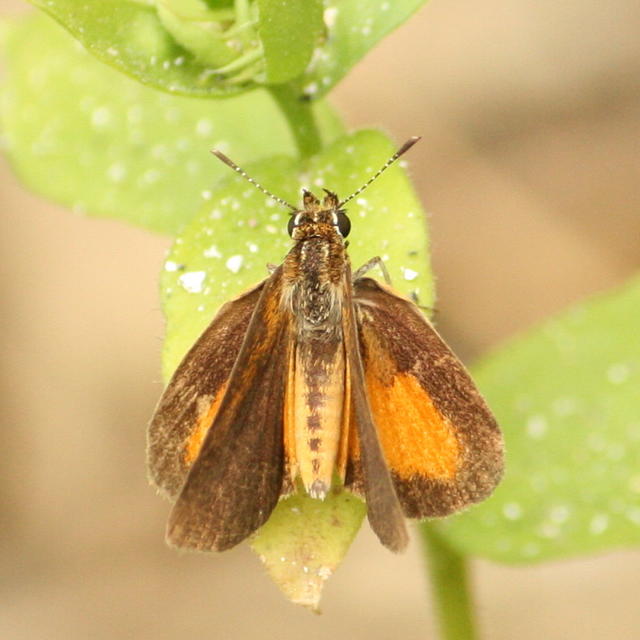