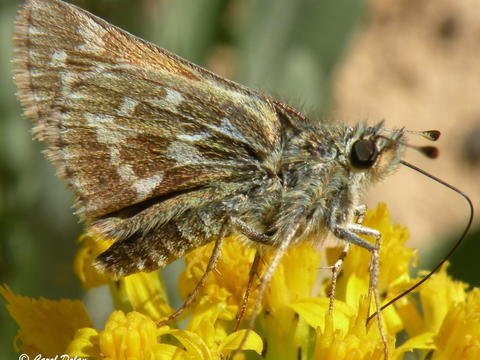 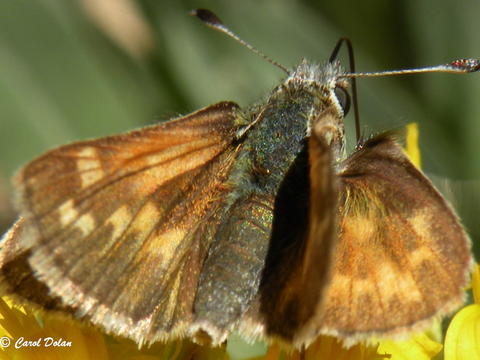 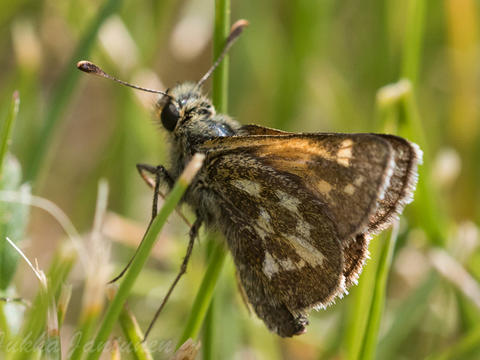 Family: Hesperiidae
Subfamily: Hesperiinae
Identification: Upperside of male is dark brown with reddish-orange markings; forewing with a short black stigma. Reddish-orange bar opposite the hindwing cell is longer than the other bars. Female is similar but lacks a stigma and has lighter colored markings. Underside of both sexes is brown with a greenish tint and cream spots, and has the upperside markings repeated. Veins are the same color as the wing and there are dark dots at the vein ends.
Wing Span: 1 - 1 1/4 inches (2.5 - 3.2 cm).
Life History: To await receptive females, males perch in low grassy spots all day.
Flight: One brood from June-August.
Caterpillar Hosts: Grasses.
Adult Food: Flower nectar.
Habitat: Grassy, high elevation meadows.
Range: Yukon Territory, British Columbia, and Alberta south through the Rocky Mountains of Idaho, Montana, Wyoming, Utah, Colorado, and Arizona. There is one record for Nevada.
Conservation: Not usually required.
NCGR: G4 - Apparently secure globally, though it might be quite rare in parts of its range, especially at the periphery.
Management Needs: None reported.
Comments: NULL 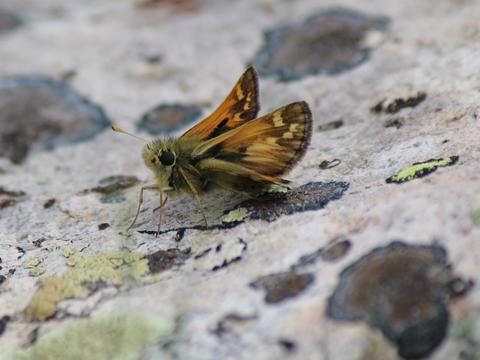 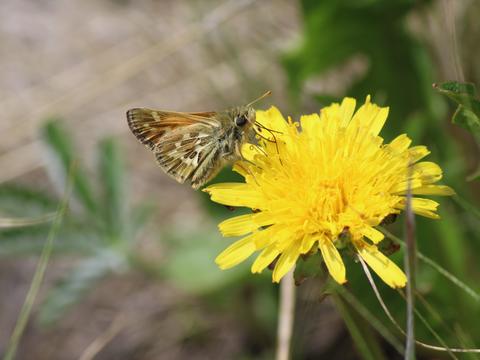 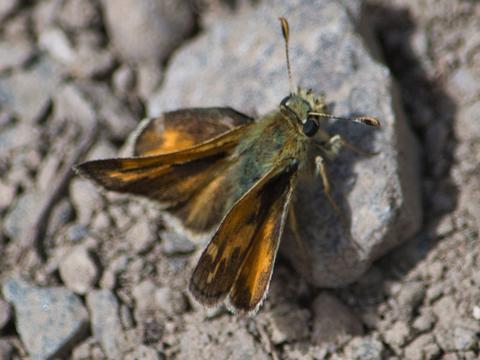 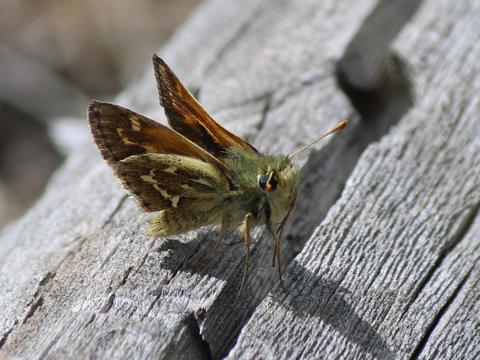 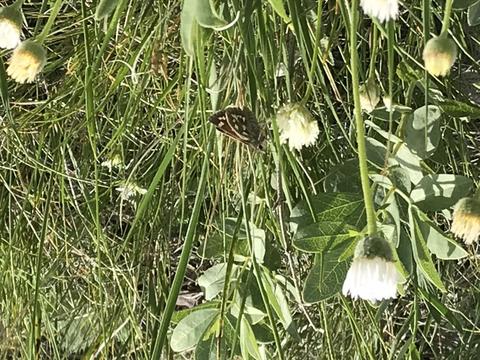 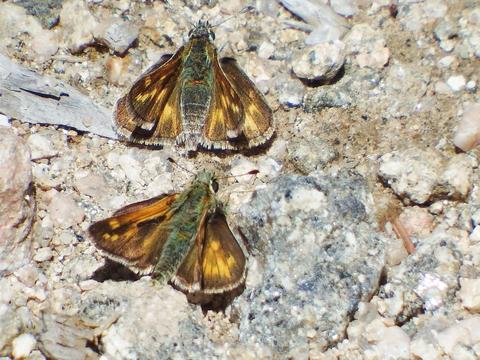 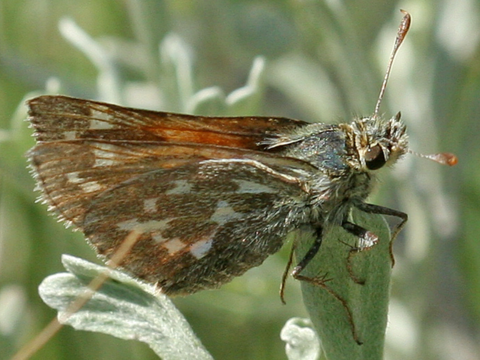 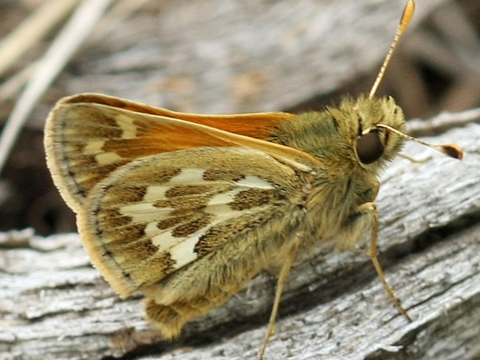 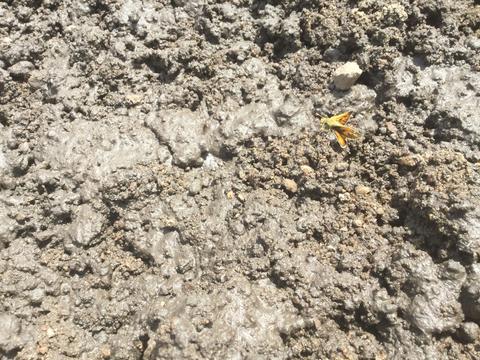 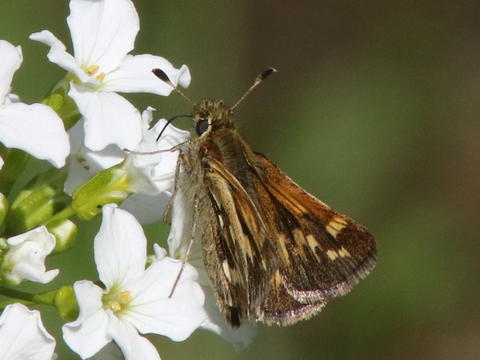 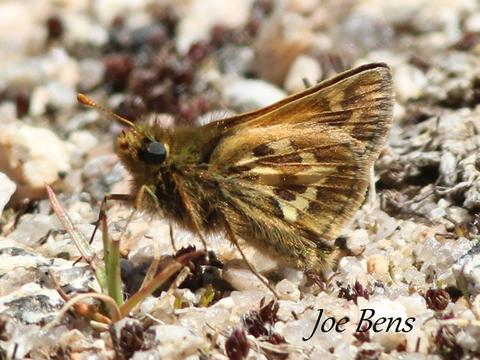 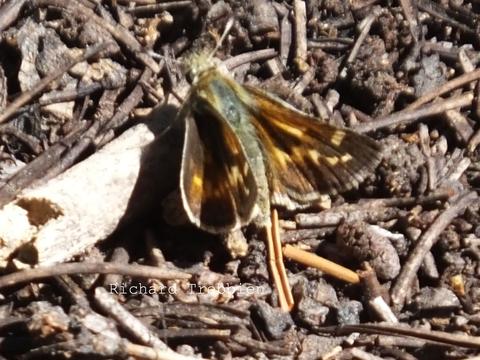 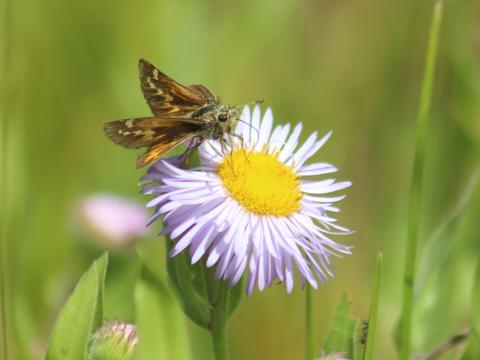 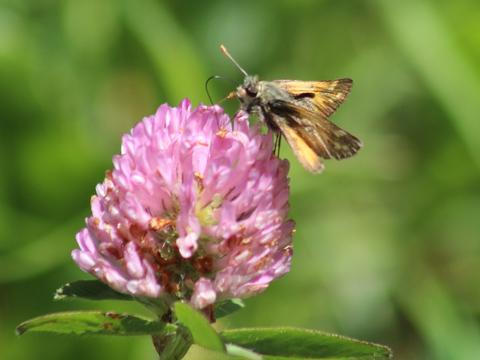 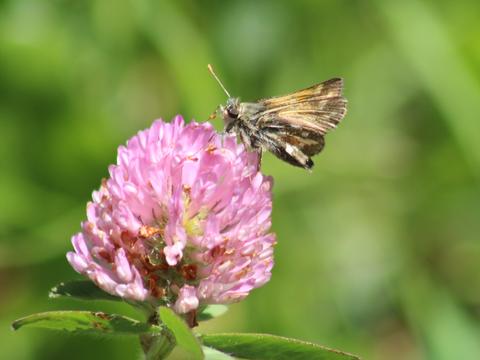 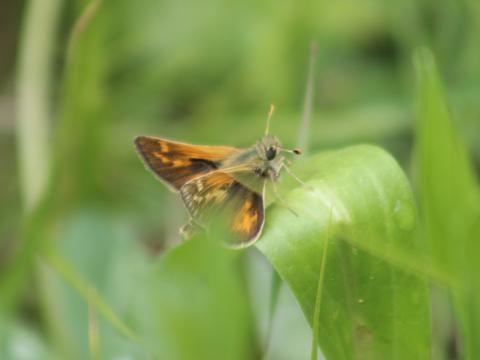 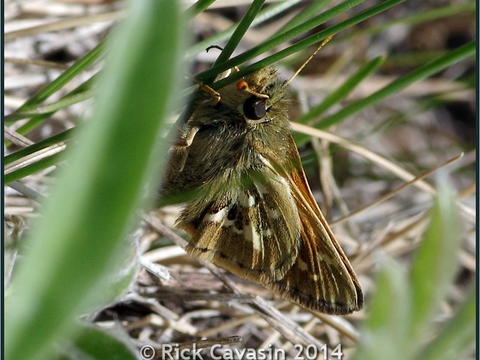 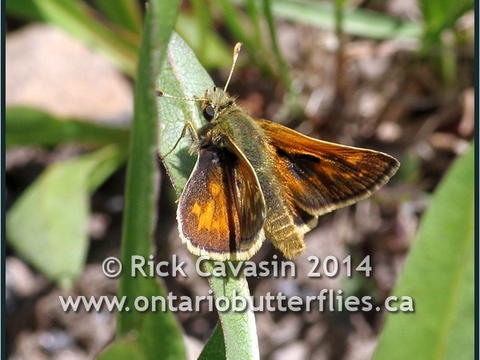 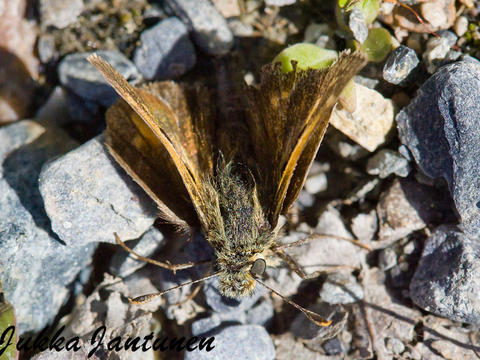 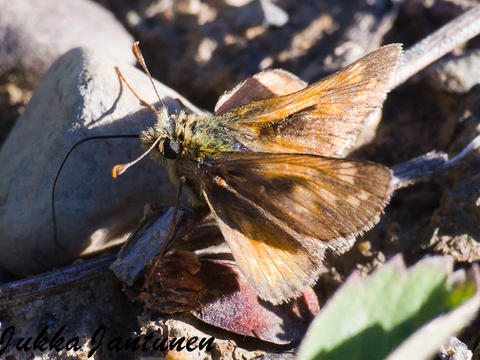