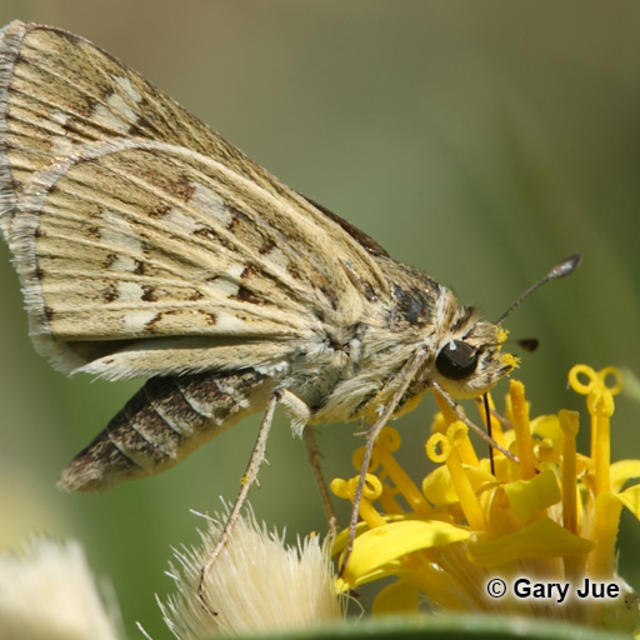 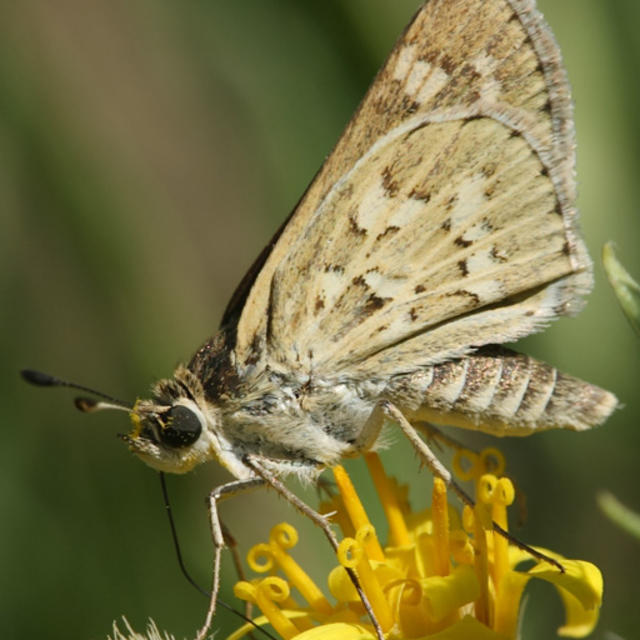 Family: Hesperiidae
Subfamily: Hesperiinae
Identification: Fringes are pale but not white. Upperside is brownish orange. Forewing has white or yellowish spots which are larger in the female; male forewing has a narrow black stigma. Underside is light brown with paler veins.
Wing Span: 1 - 1 1/4 inches (2.5 - 3.2 cm).
Life History: Adults have a low, rapid flight. To await females, males perch in the afternoon on flat bare ground near grasses.
Flight: Several broods from March-September (three broods along the Arizona-Mexico border).
Caterpillar Hosts: Probably a variety of grasses (Poaceae).
Adult Food: Nectar from flowers including milkweed (Asclepias) and Cnidoscolus.
Habitat: Grassy areas in deserts and oak-pinyon woodland, and along washes and small streams.
Range: Uncommon in three separate populations California; southern Arizona east to southwest Texas; Mexico.
Conservation: Not usually required.
NCGR: G4 - Apparently secure globally, though it might be quite rare in parts of its range, especially at the periphery.
Management Needs: None reported.
Comments: NULL 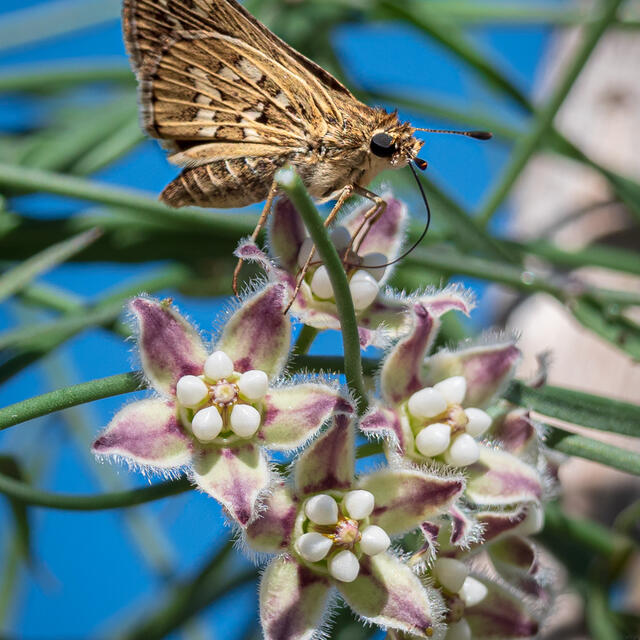 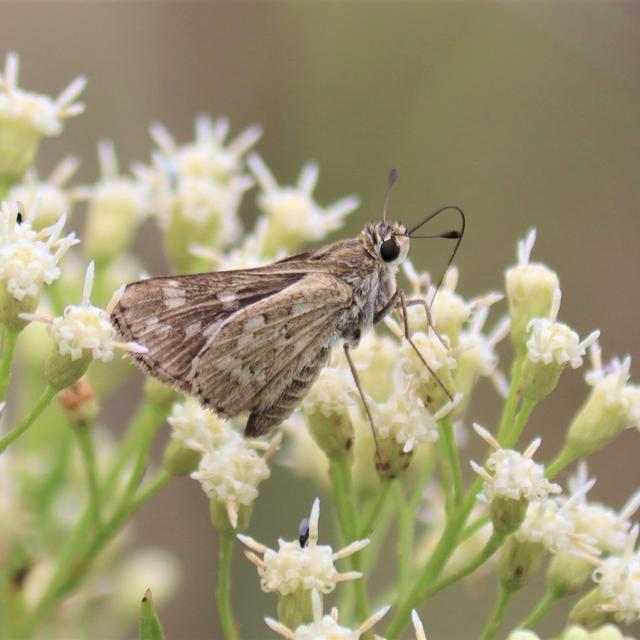 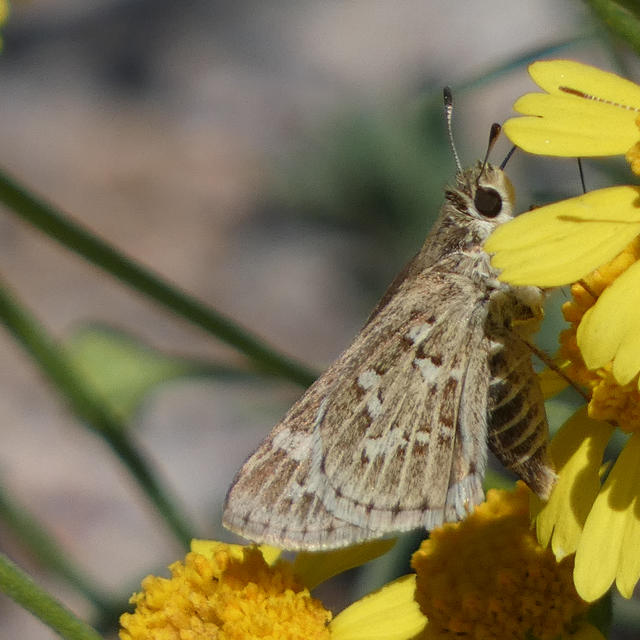 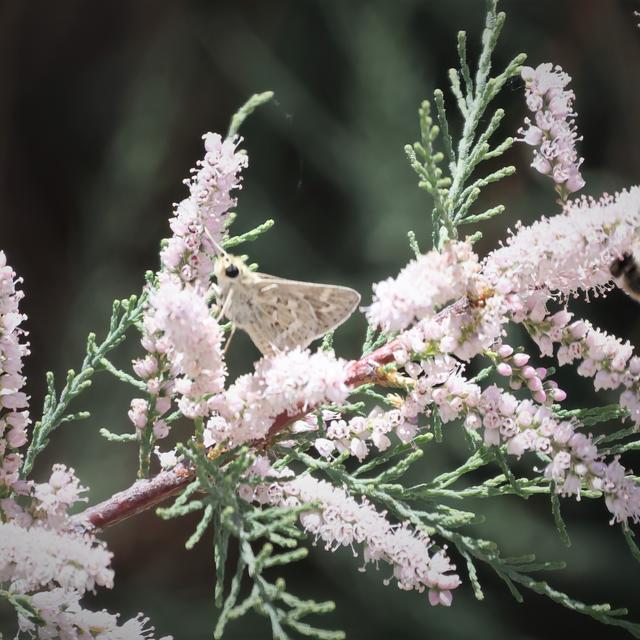 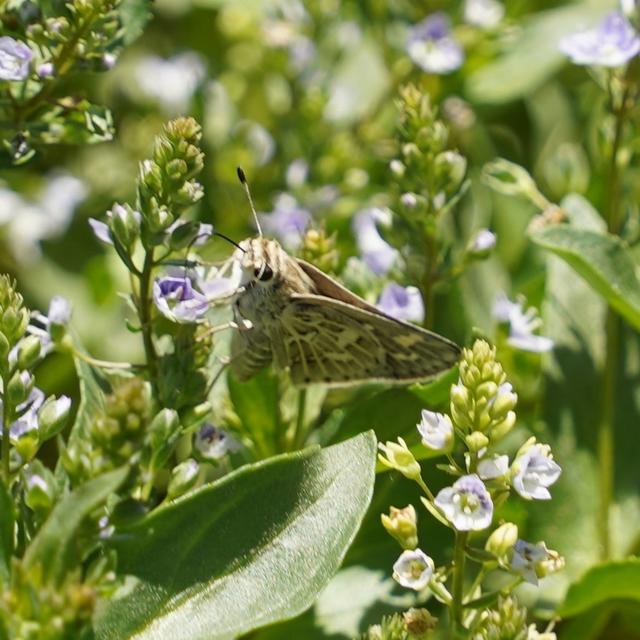 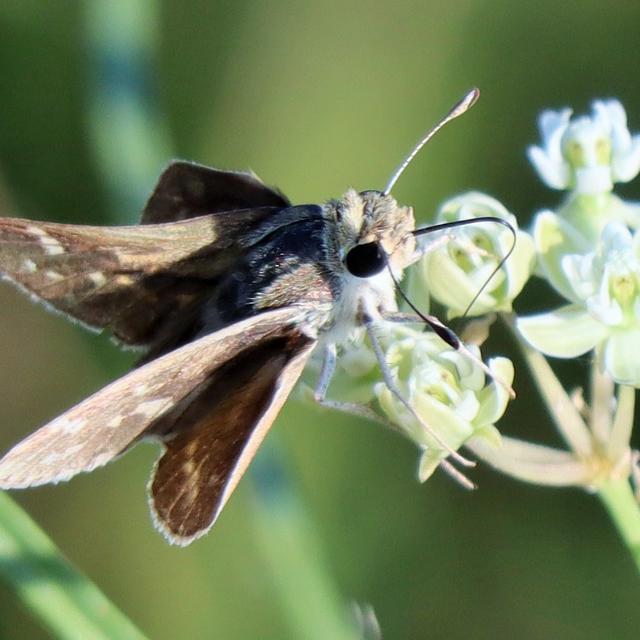 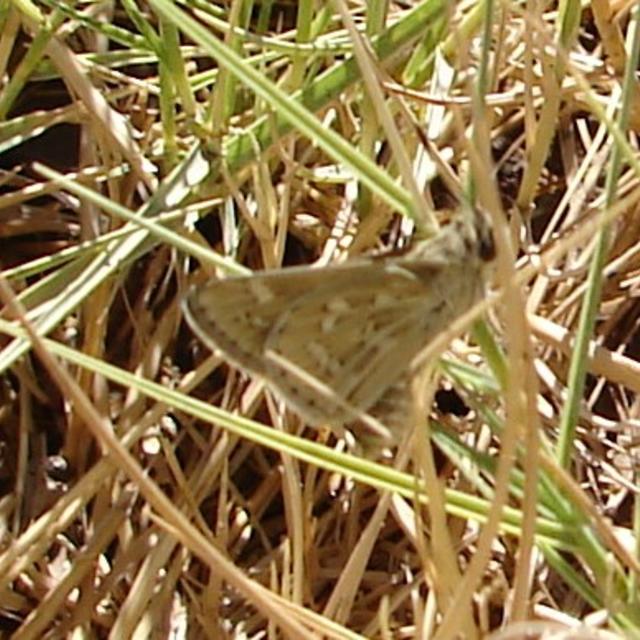 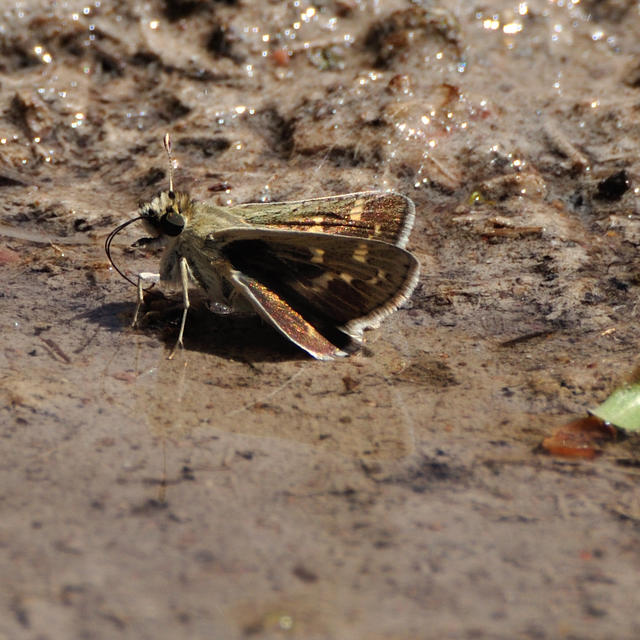 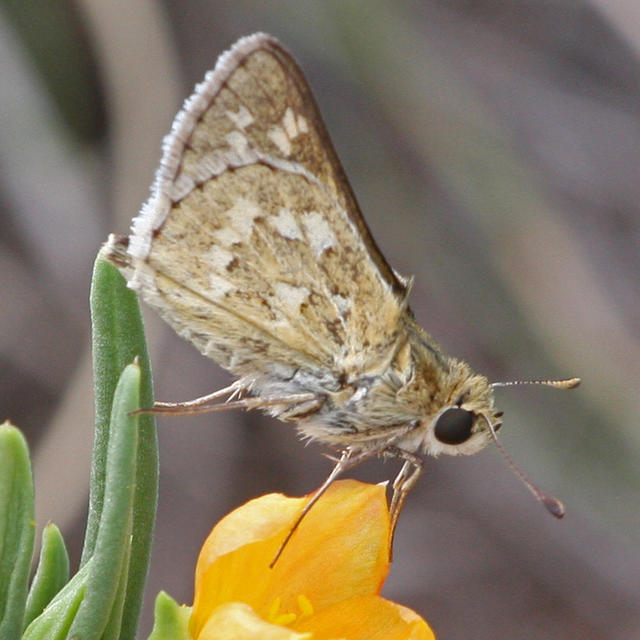 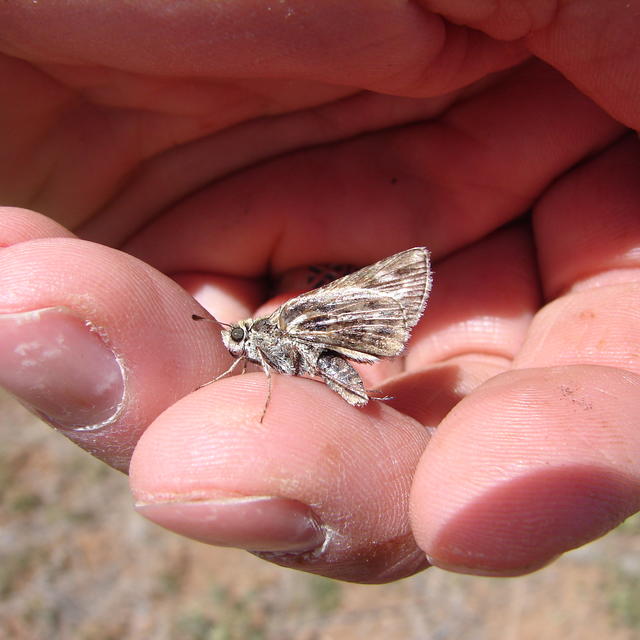