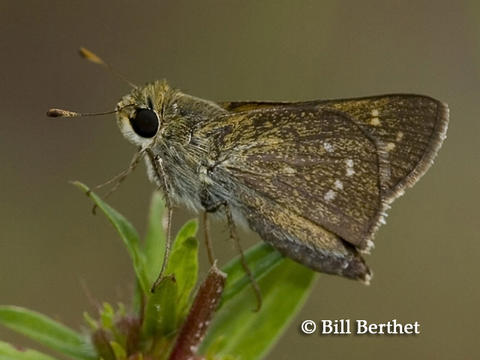 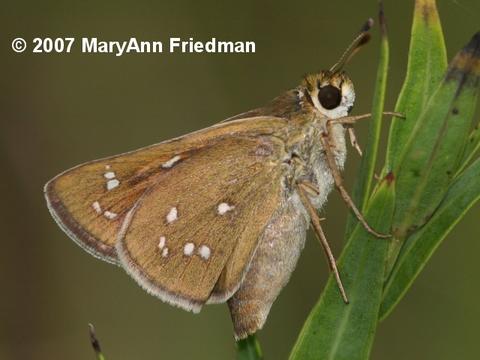 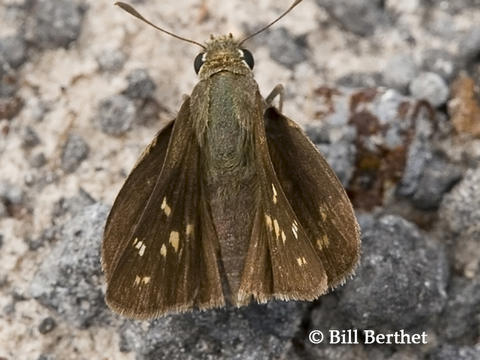 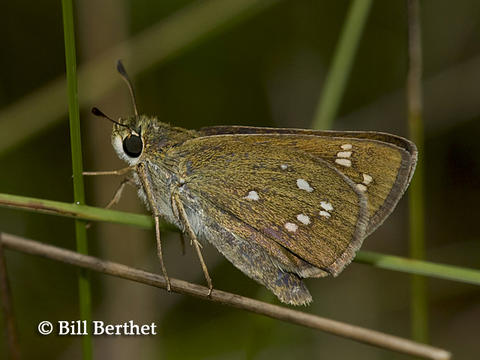 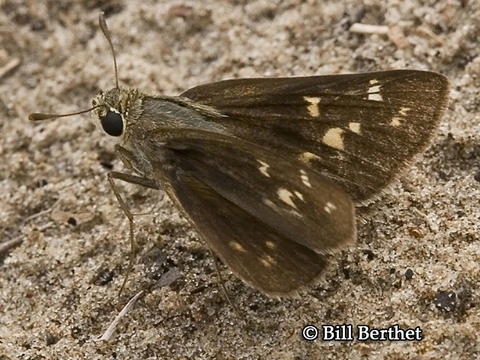 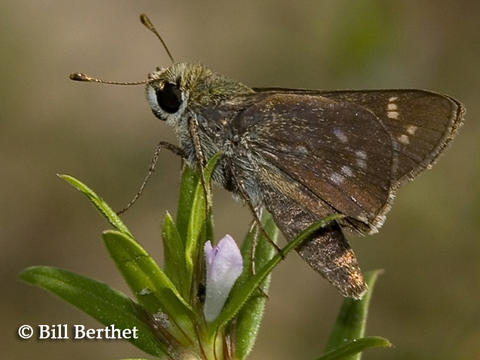 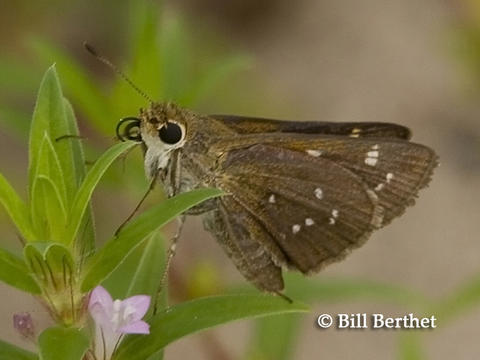 Family: Hesperiidae
Subfamily: Hesperiinae
Identification: Variable and rarely seen. Forewing is pointed, particularly in the male. Male: Upperside is dull brownish orange with wide dark borders; stigma on forewing has black felt. Female: Upperside is dark brown with pale spots; underside is green-brown to dull orange with or without small pale spots.
Wing Span: 1 3/8 - 1 5/8 inches (3.5 - 4.2 cm).
Life History: Males perch to watch for receptive females. Eggs are deposited on or near the host. Caterpillars feed on grass leaves and live in silken tubes at the base of grass clumps. They overwinter in shelters that are partially buried.
Flight: Two broods from May-September with a longer flight period in Florida.
Caterpillar Hosts: Switchgrass (Panicum virgatum) and fall witchgrass (Leptoloma cognatum).
Adult Food: Nectar from flowers of prickly pear cactus, alfalfa, thistles, and purple coneflower.
Habitat: Short-grass prairies, pine barrens, and woodland meadows.
Range: Atlantic seaboard from eastern Massachusetts (rarely) south to peninsular Florida and the Gulf Coast. A separate population occurs from central Kansas south to east-central Texas. Strays to eastern Nebraska.
Conservation: Populations should be conserved wherever they are found.
NCGR: G3 - Very rare or local throughout its range or found locally in a restricted range (21 to 100 occurrences). (Threatened throughout its range).
Management Needs: Care should be taken not to eliminate populations by overuse of fire on small preserves.
Comments: NULL 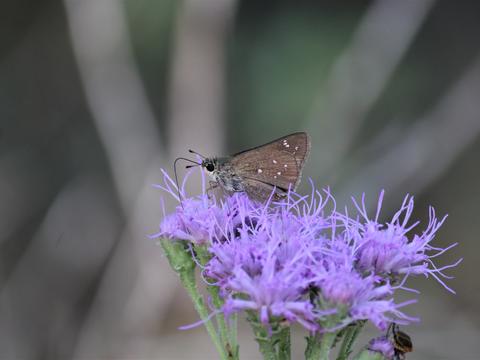 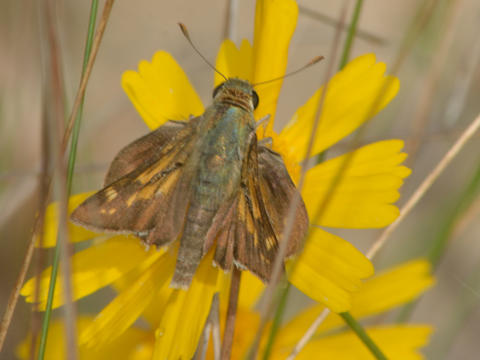 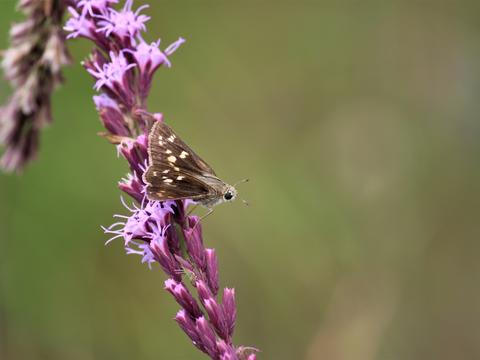 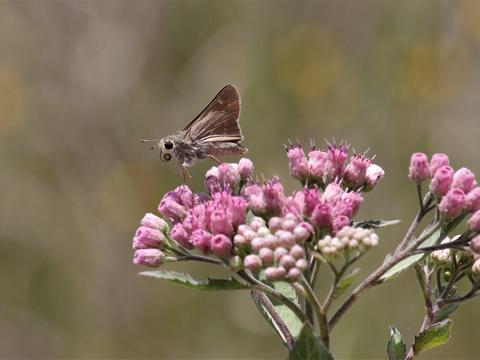 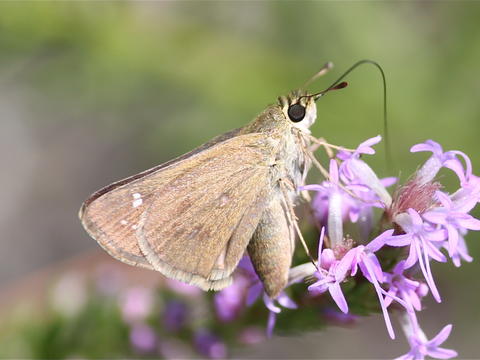 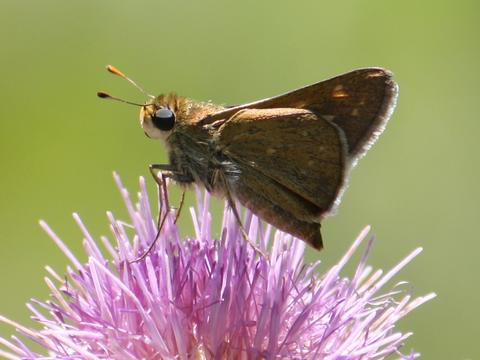 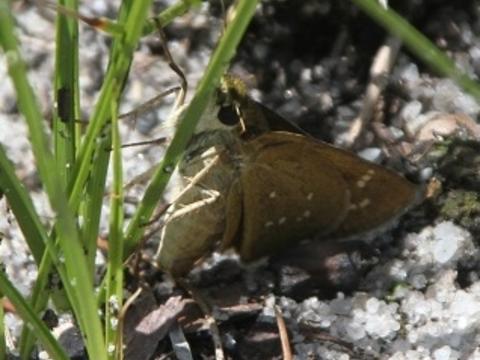 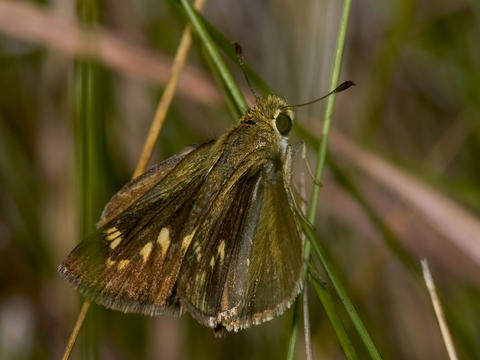 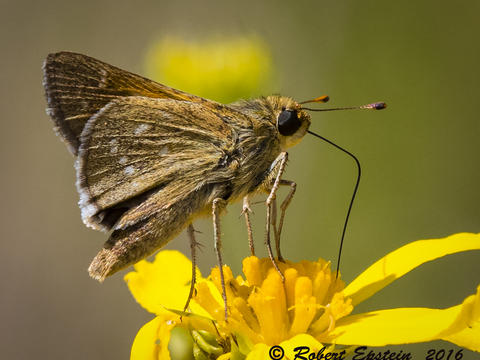 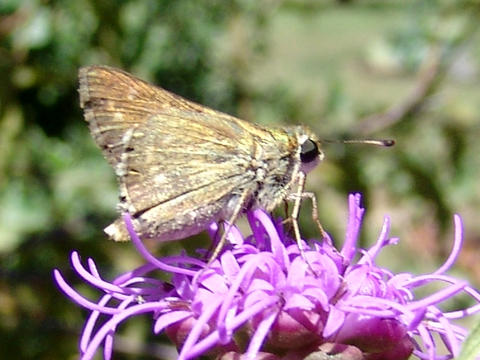 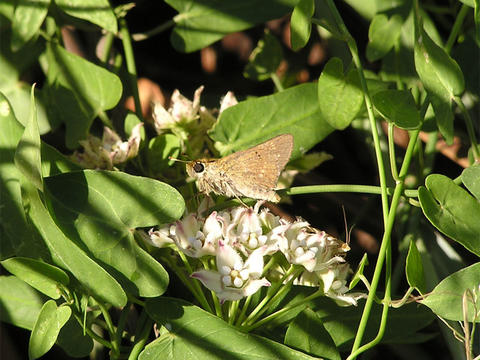