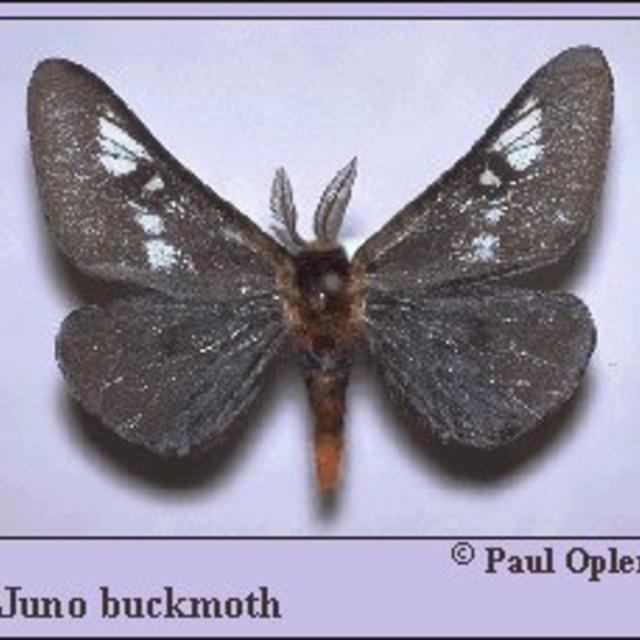 Family: Saturniidae
Subfamily: Hemileucinae
Identification: Female is larger than the male. Male abdomen is black with the rear half red, female abdomen is black. Upperside of forewing of both sexes is black with a band of white spots and a white streak along the costa near the base. Male hindwing is usually solid black and the female hindwing normally has some white spots, although these characteristics are variable.
Wing Span: 2 1/2 - 3 1/8 inches (6.4 - 8 cm).
Life History: In the fall, adults emerge from their cocoons in the morning and mating occurs in the afternoon. Females lay eggs from late afternoon until sunset; the eggs overwinter and hatch in April or May. Young caterpillars feed in groups on buds and flowers in the mornings, usually resting among branches during the afternoons. Development is rapid, and caterpillars spin cocoons in leaf litter in May or June. Most of these will emerge as adults in the fall, but some may delay emergence for up to 4 years.
Flight: One brood from late September to early December.
Caterpillar Hosts: Various mesquite (Prosopis) species.
Adult Food: Adults do not feed.
Habitat: Desert scrub and mesquite woodlands.
Range: El Paso, Texas west across central and southwestern New Mexico through southern Arizona, and south into Sonora, Mexico.
Conservation: Not usually required.
NCGR: G5 - Demonstrably secure globally, though it may be quite rare in parts of its range, especially at the periphery.
Management Needs: None reported.
Comments: NULL 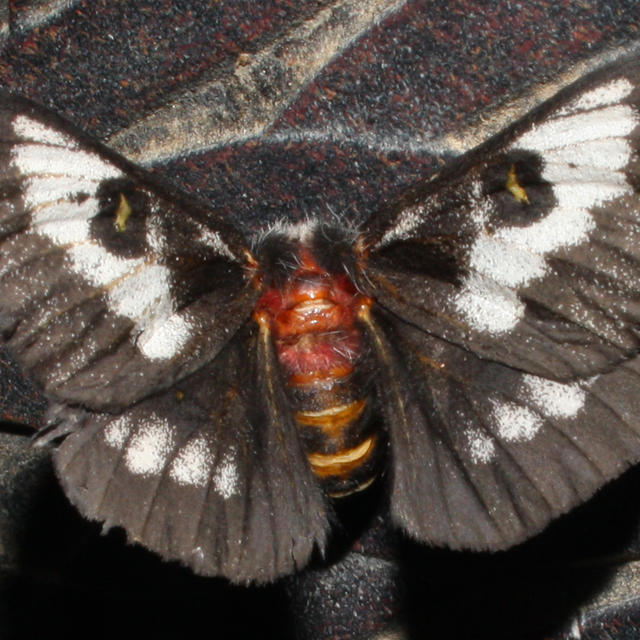 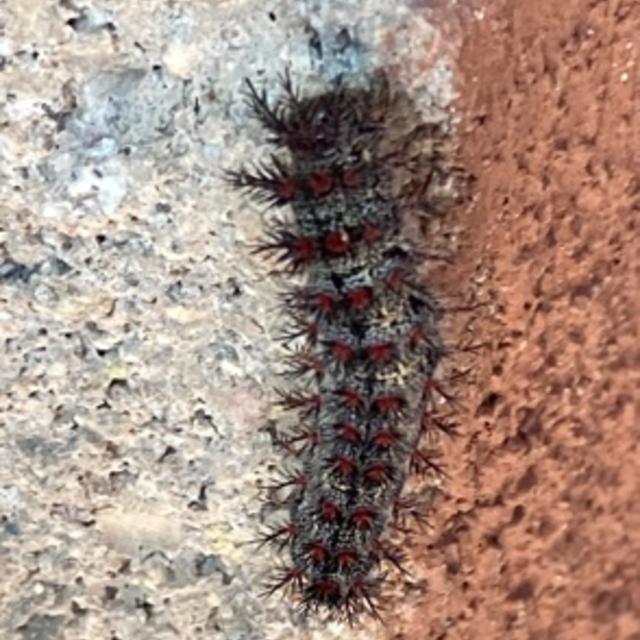 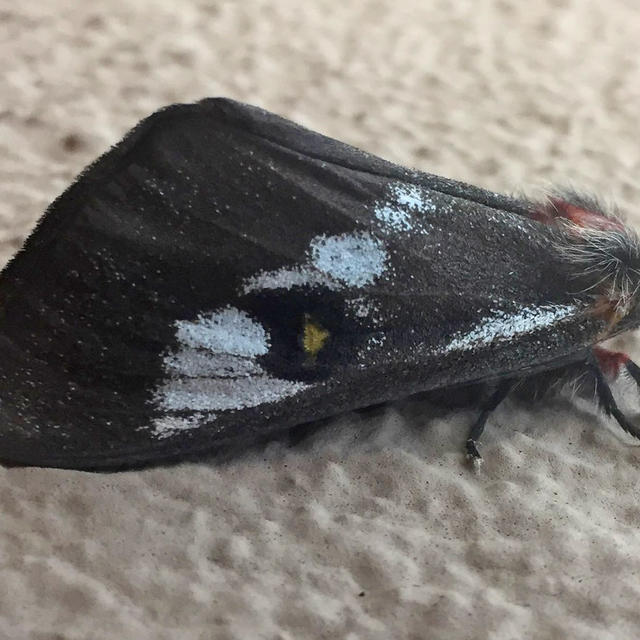 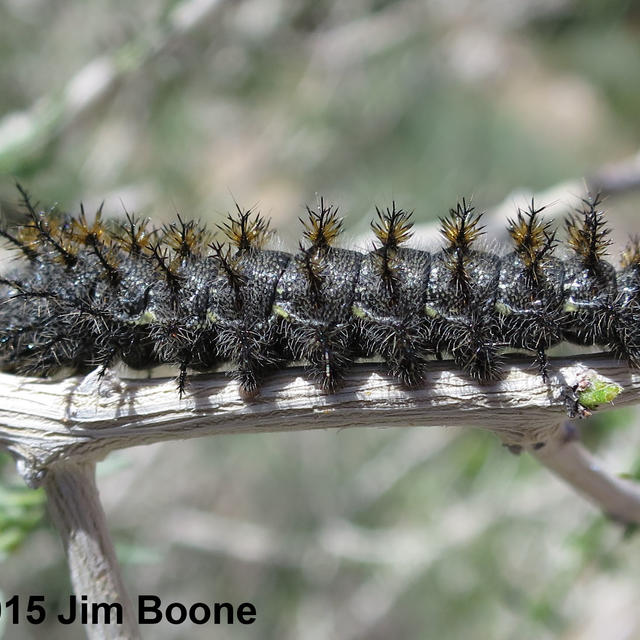 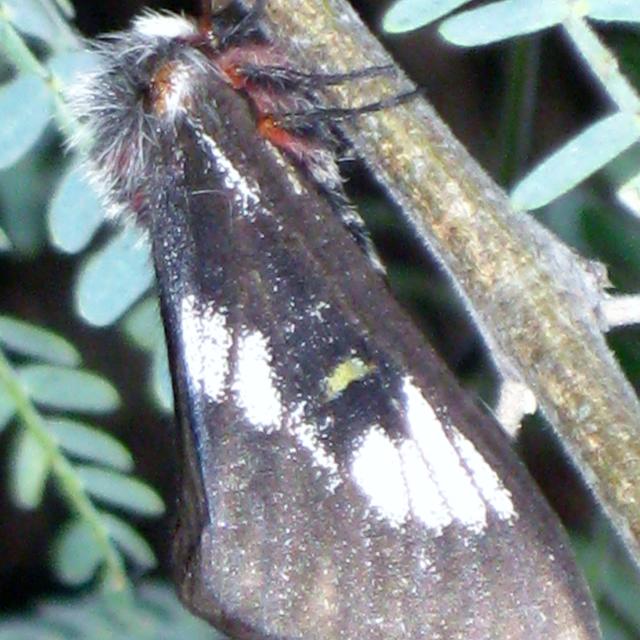