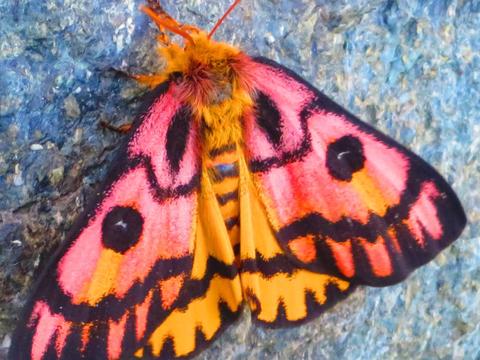 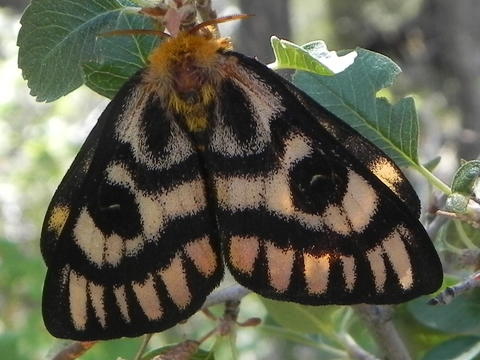 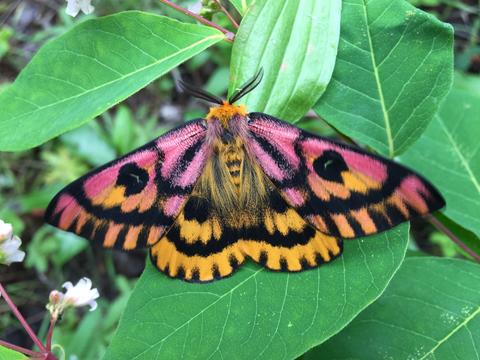 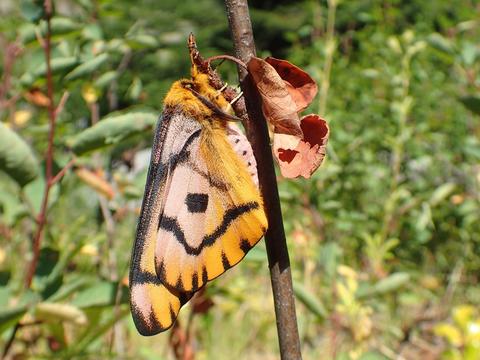 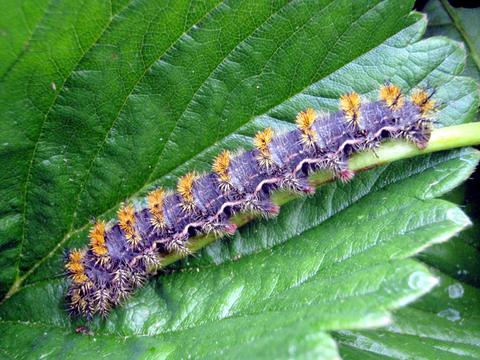 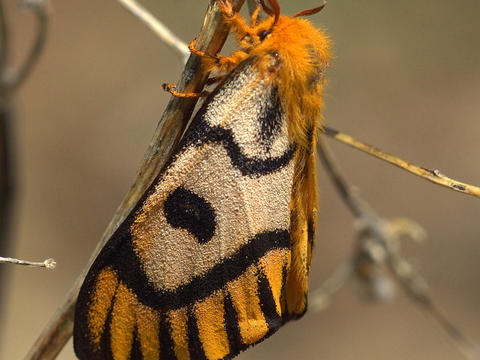 Family: Saturniidae
Subfamily: Hemileucinae
Identification: Highly variable. Upperside of forewing is yellow-orange to cream to pink with black markings. Upperside of hindwing is yellow-orange to orange with narrow to wide black markings. Form denudata (northwestern Wyoming west to Washington, south through the Central Valley of California) has no markings on either wing. Subspecies shastaensis (northern California and southern Oregon) has a pink forewing with diffuse black markings or is mostly black with some pink spots.
Wing Span: 2 9/16 - 3 7/16 inches (6.5 - 8.7 cm).
Life History: Adults emerge in early morning and mate in late morning. Females lay eggs in rings on plant stems. Eggs overwinter and hatch in April and May. Young caterpillars feed together in groups and when they are older they feed alone. Fully-grown caterpillars pupate in loose cocoons in the leaf litter or in burrows in soft soil, and adults emerge from July-September. At high elevations and northern latitudes, 2 years are needed to complete development. The cocoons overwinter and in the spring the adults emerge and start the cycle again.
Flight: One brood from June-September.
Caterpillar Hosts: Mountain lilac (Ceanothus), mountain-mahogany (Cercocarpus montanus), bitter cherry (Prunus emarginata), bitterbrush (Purshia tridentata), snowberry (Symphoricarpos), currant (Ribes), wild rose (Rosa), willow (Salix) and others.
Adult Food: Adults do not feed.
Habitat: From sea level to at least 8400 feet in a variety of habitats including chaparral, pine and redwood forests, oak woodlands, and riparian areas.
Range: Southeastern Alberta west to Vancouver Island, British Columbia; south to central Montana, Wyoming, central Colorado, northern Arizona, and southern California.
Conservation: Not usually required.
NCGR: G5 - Demonstrably secure globally, though it may be quite rare in parts of its range, especially at the periphery.
Management Needs: None reported.
Comments: NULL 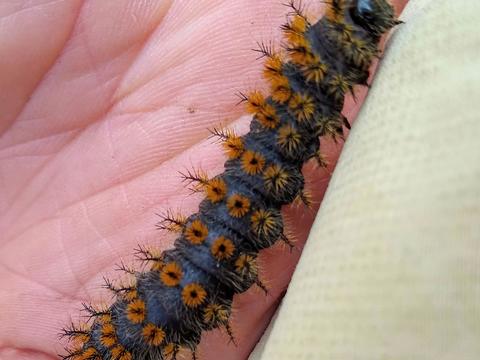 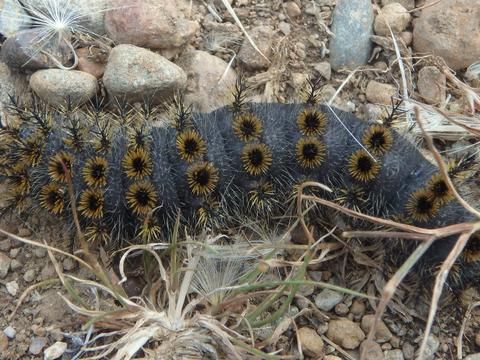 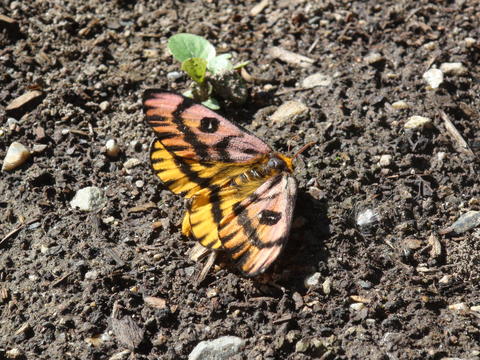 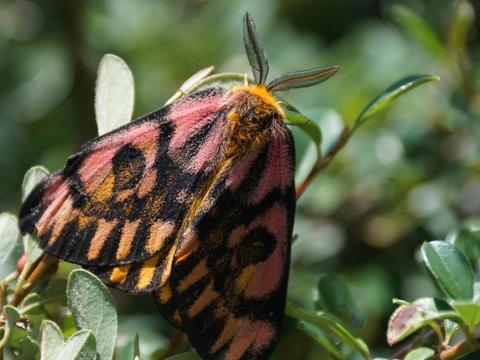 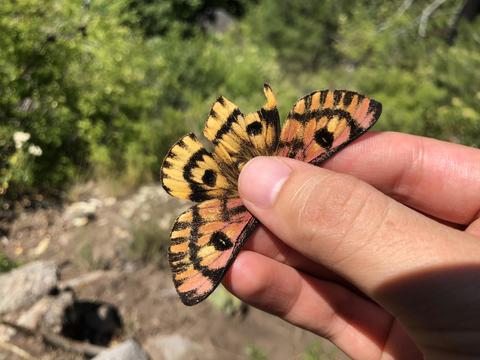 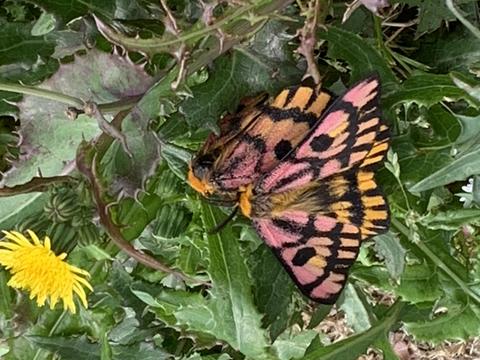 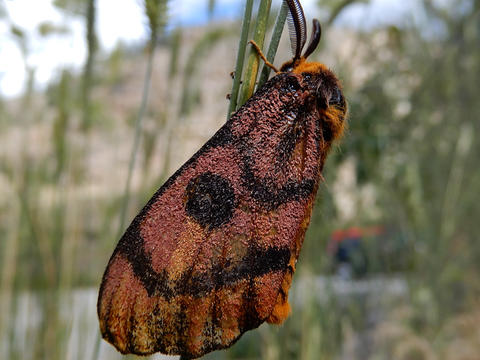 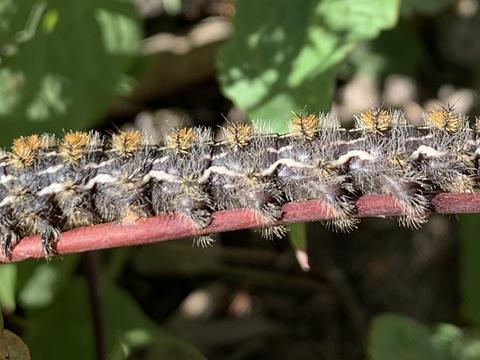 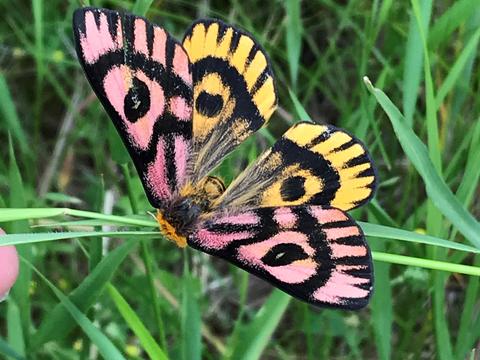 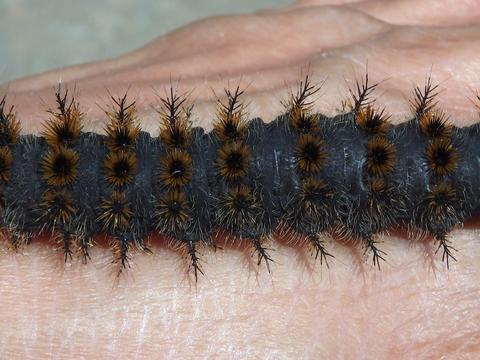 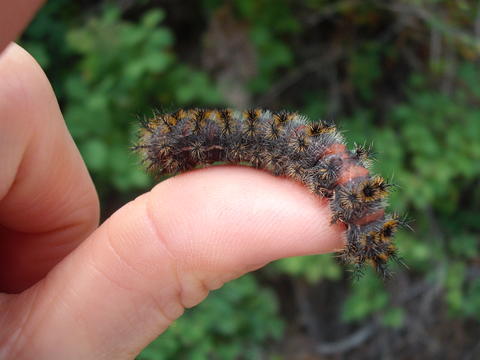 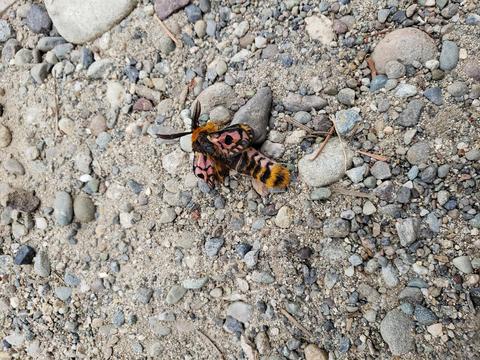 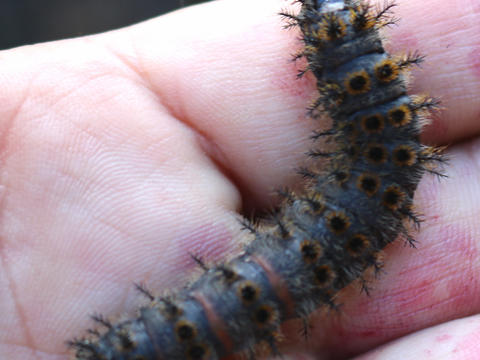 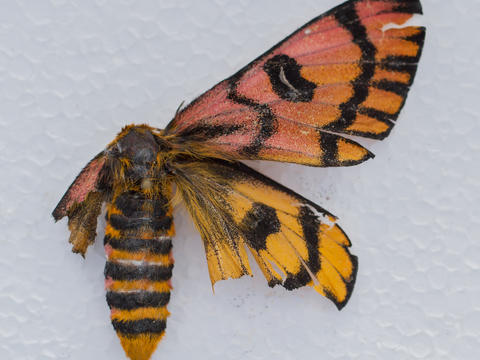 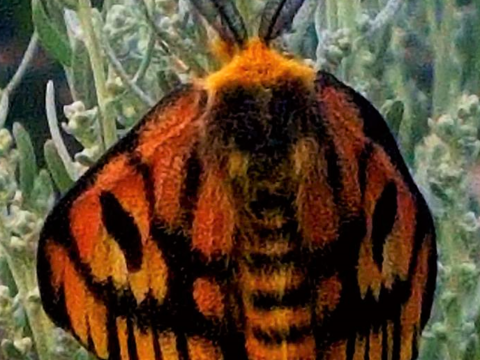 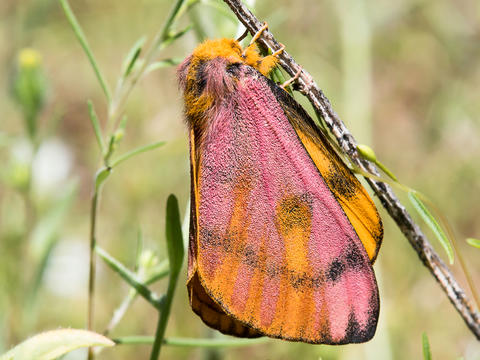 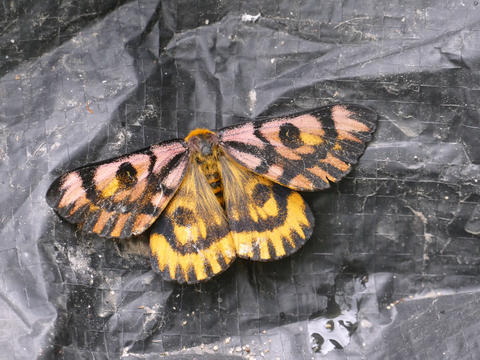 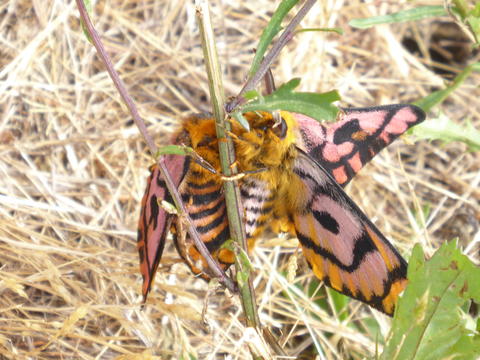 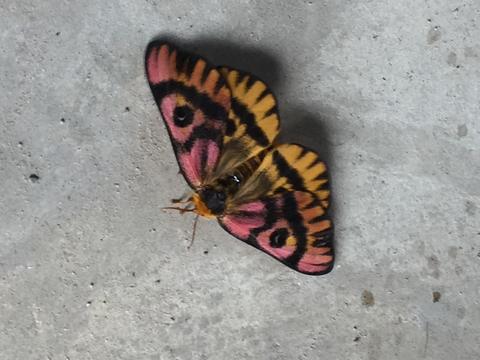 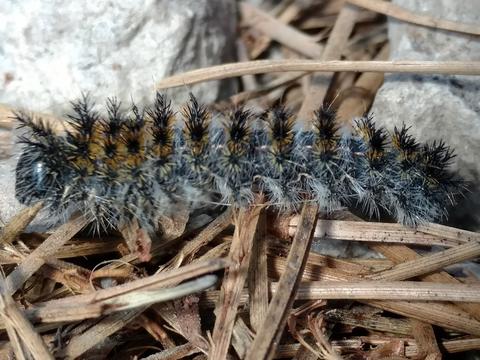 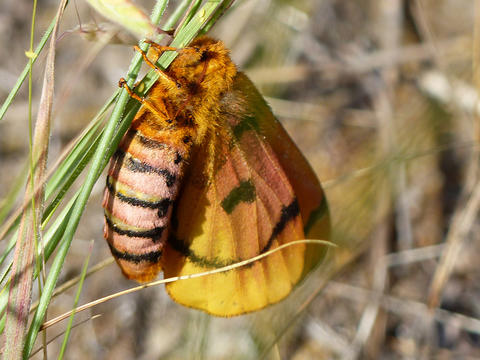 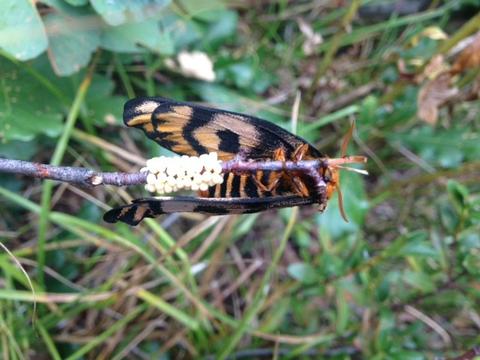 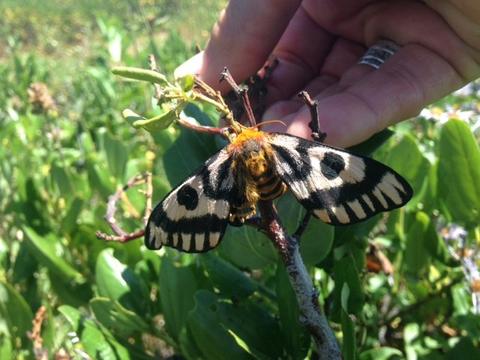