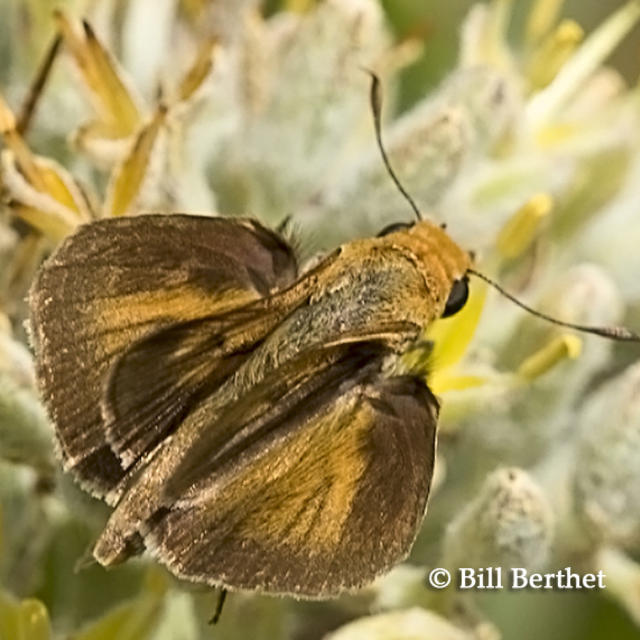 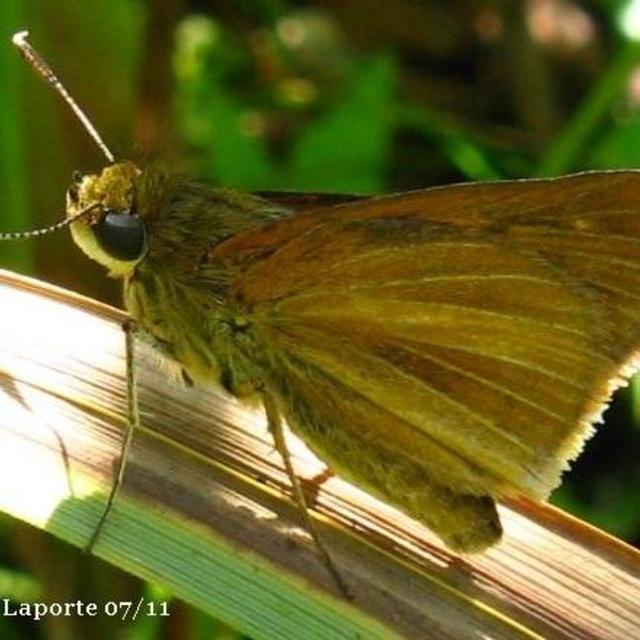 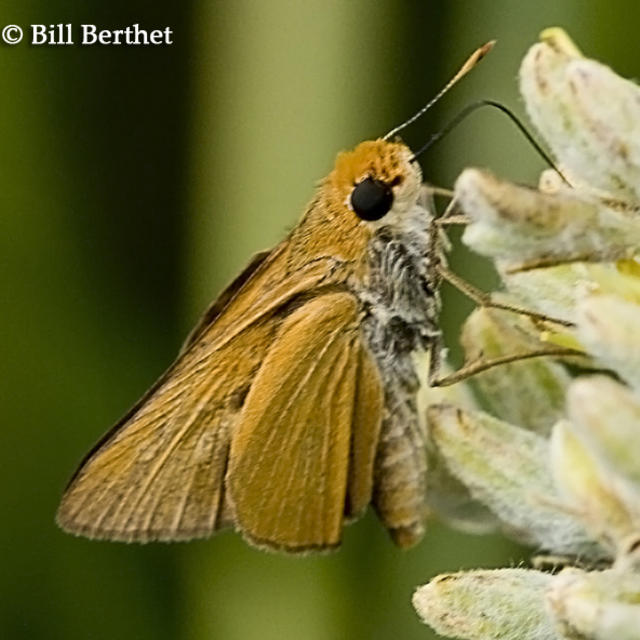 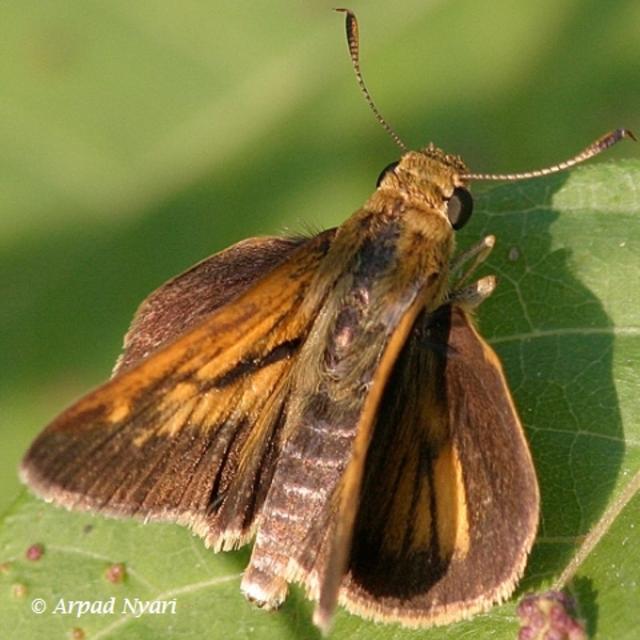 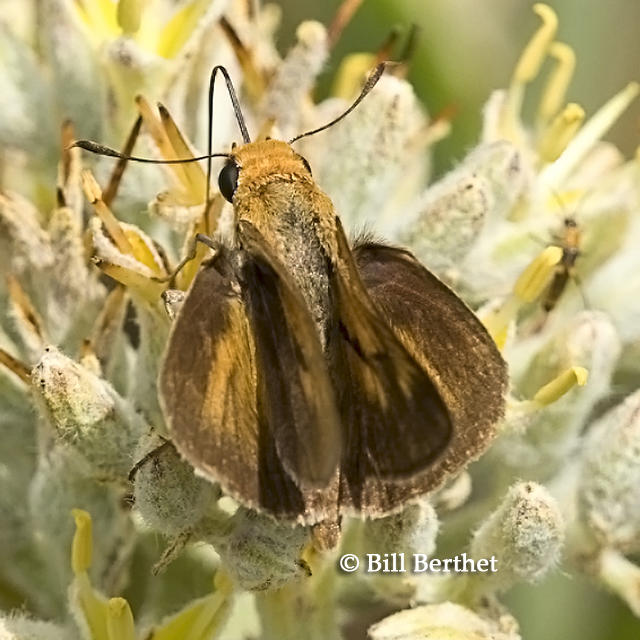 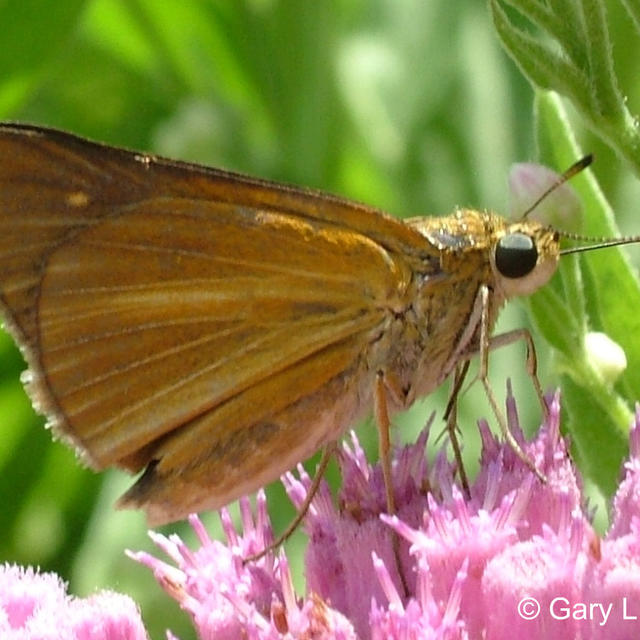 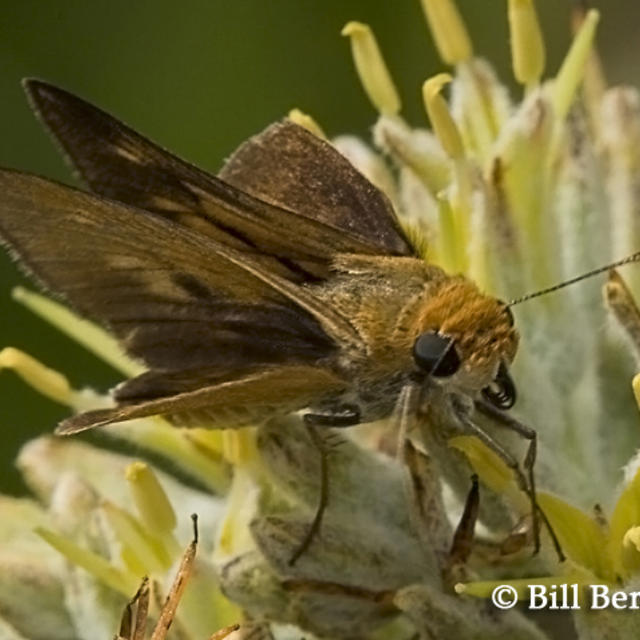 Family: Hesperiidae
Subfamily: Hesperiinae
Identification: Upperside of male forewing is dark brown with a central orange area and a black stigma; female forewing is dark brown with light orange spots. Hindwing is dark brown with a wide orange streak. Underside of hindwing is red-brown or orange-brown with 2 yellow-orange streaks running from the base to the margins.
Wing Span: 1 7/16 - 1 3/4 inches (3.7 - 4.5 cm).
Life History: Males have a very quick flight, are territorial, and perch in marshes in the afternoons to await females; sometimes they patrol in the late morning. Third-stage caterpillars hibernate, emerge in the spring to complete feeding, and pupate in nests of leaves and silk.
Flight: One brood in the north from July-early August; two broods in the south from May-September.
Caterpillar Hosts: Various sedges including woolgrass (Scirpus cyperinus), hairy sedge (Carex lacustris), and shoreline sedge (Carex hyalinolepis).
Adult Food: Nectar from flowers of pickerelweed, sneezeweed, buttonbush, Alsike clover, and others.
Habitat: Swamps, open marshes, and bogs.
Range: Scattered populations along the Atlantic coast from western Massachusetts and southeastern New York south to northeastern Florida, west to northeast Texas, and north to southeastern North Dakota, northern Wisconsin, southern Ontario, and southern Quebec.
Conservation: Not usually required.
NCGR: G4 - Apparently secure globally, though it might be quite rare in parts of its range, especially at the periphery.
Management Needs: None reported.
Comments: NULL 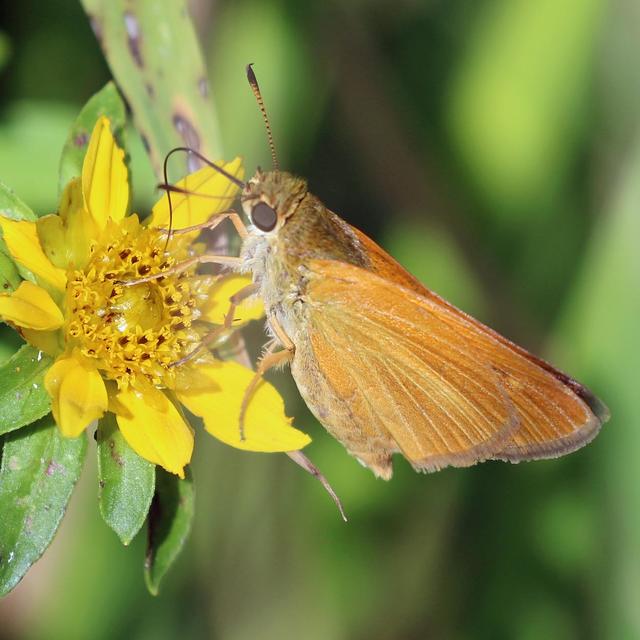 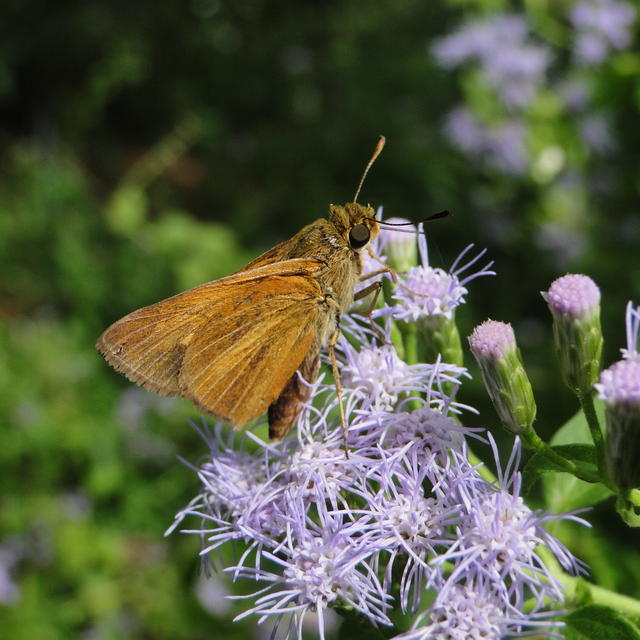 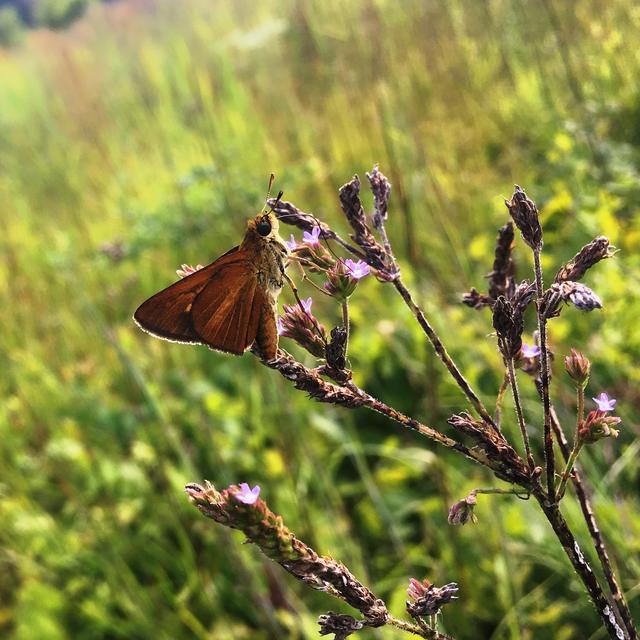 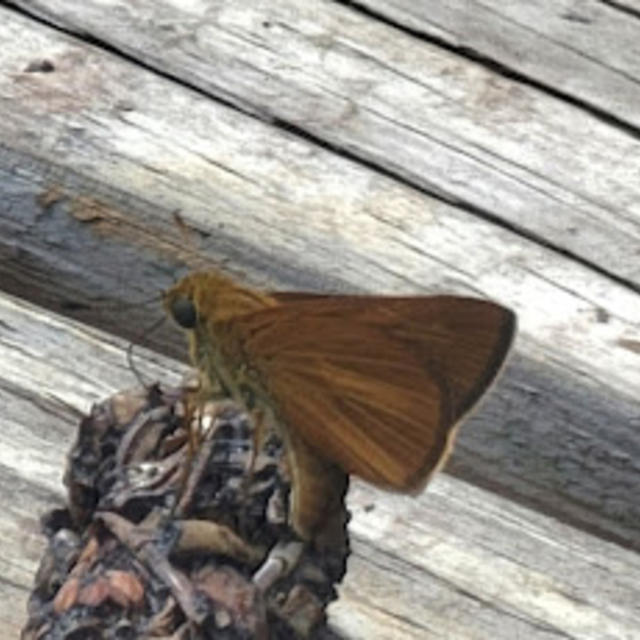 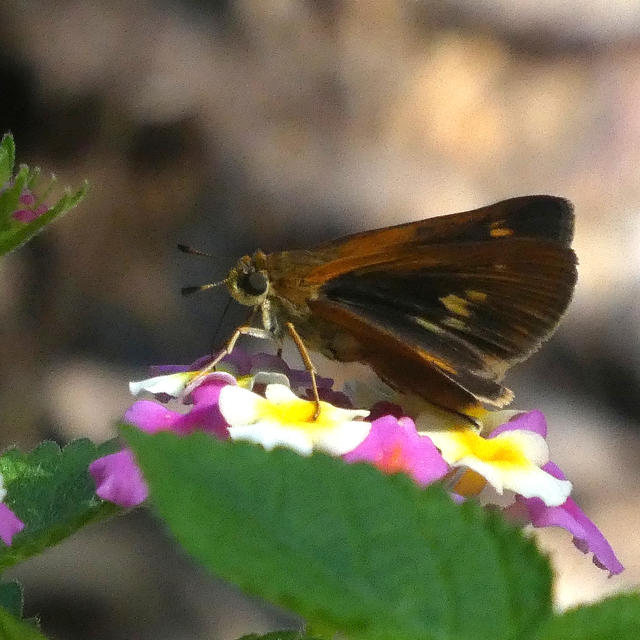 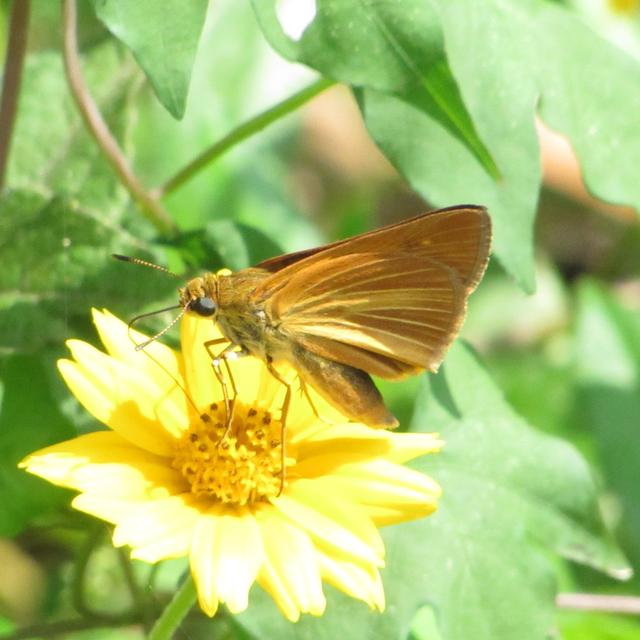 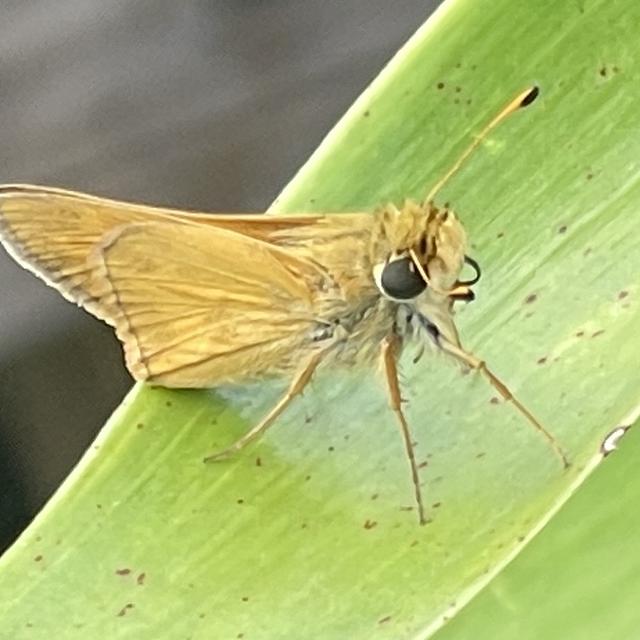 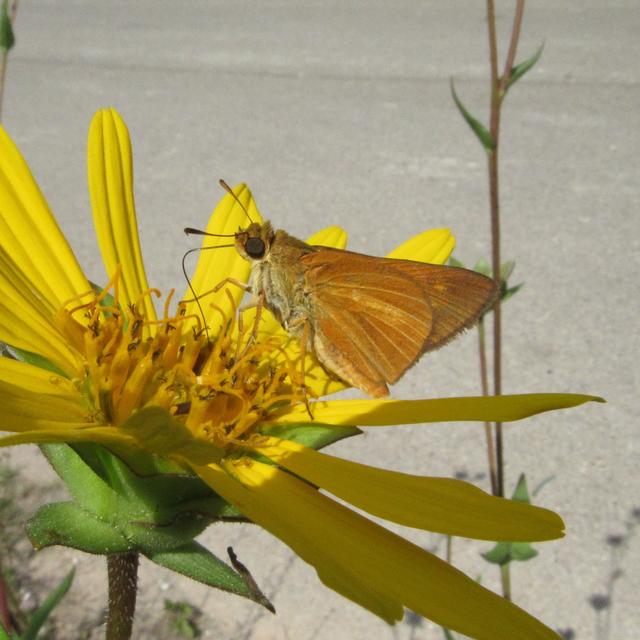 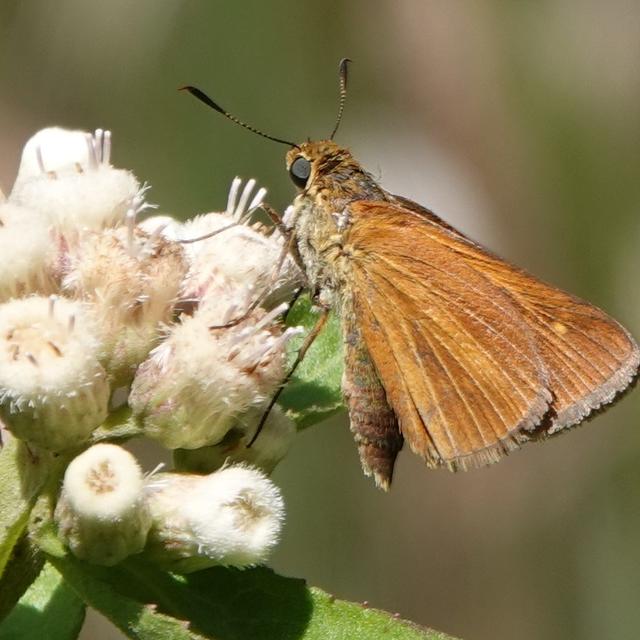 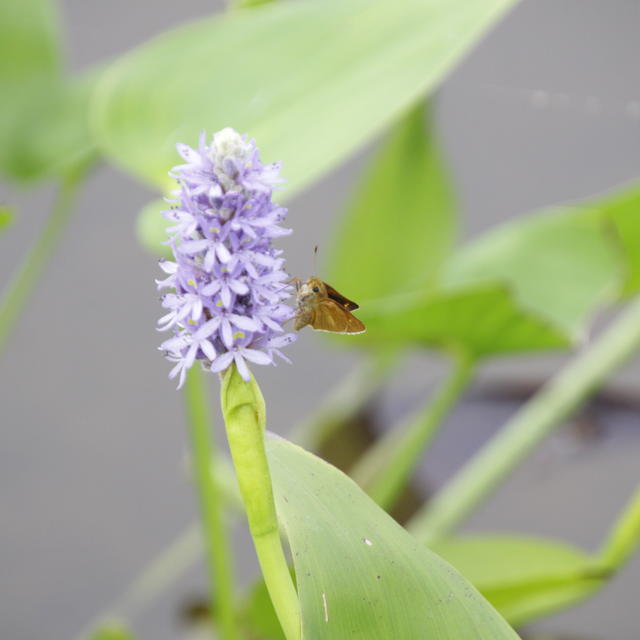 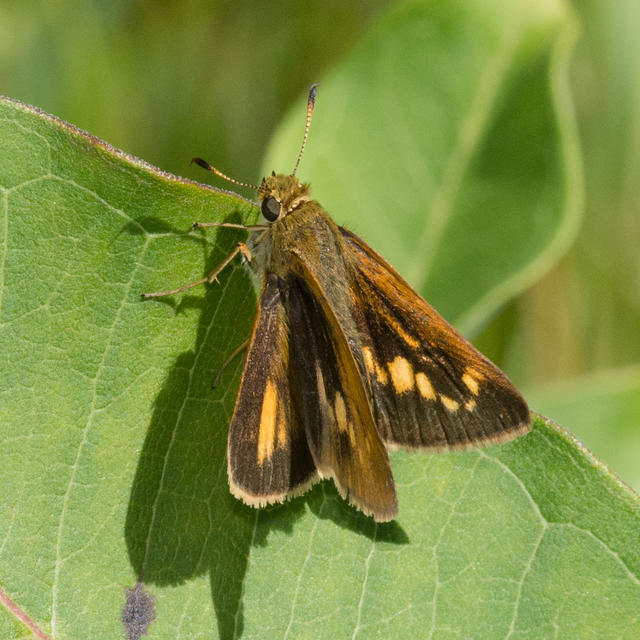 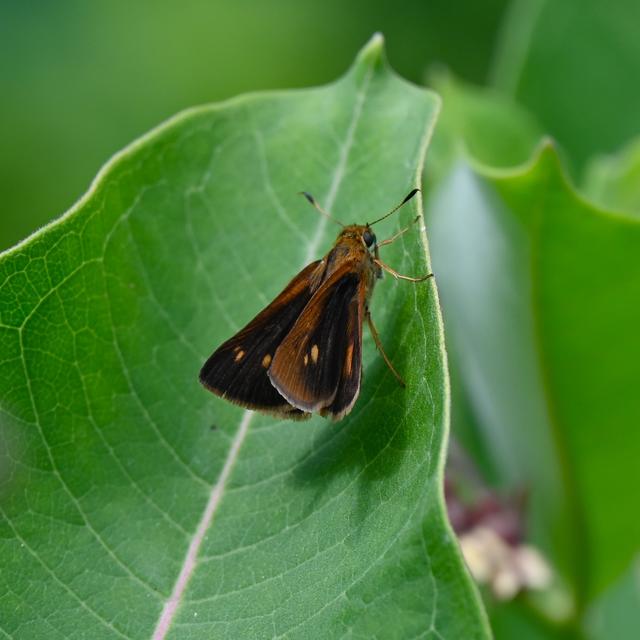 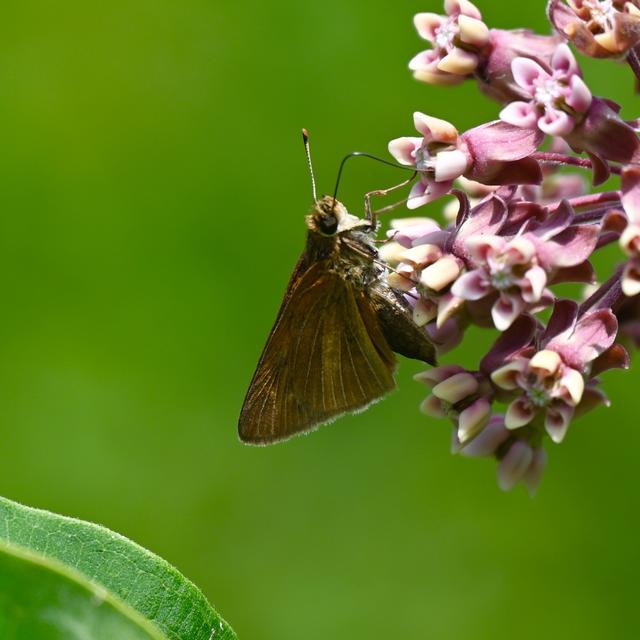 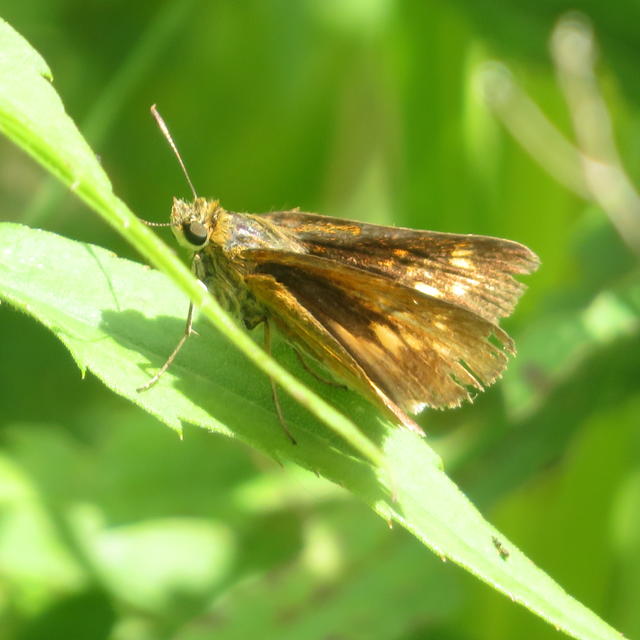 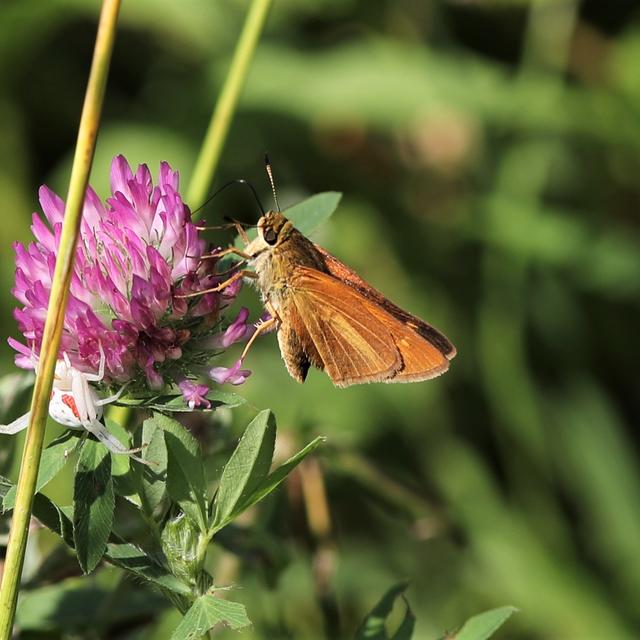 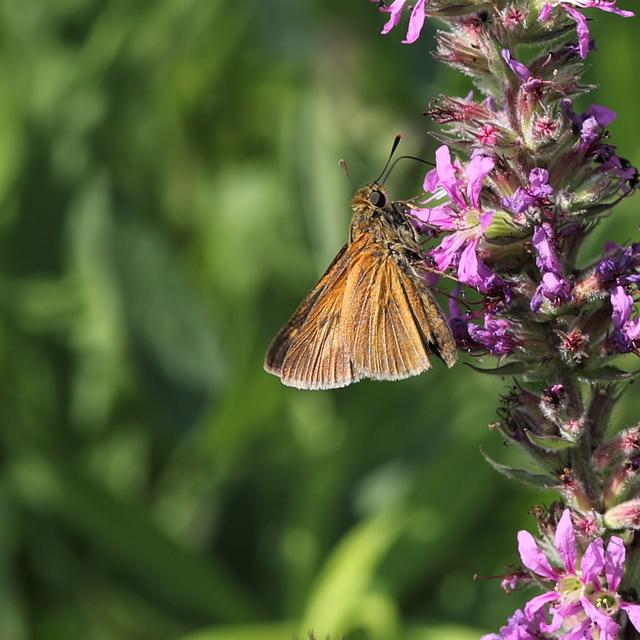 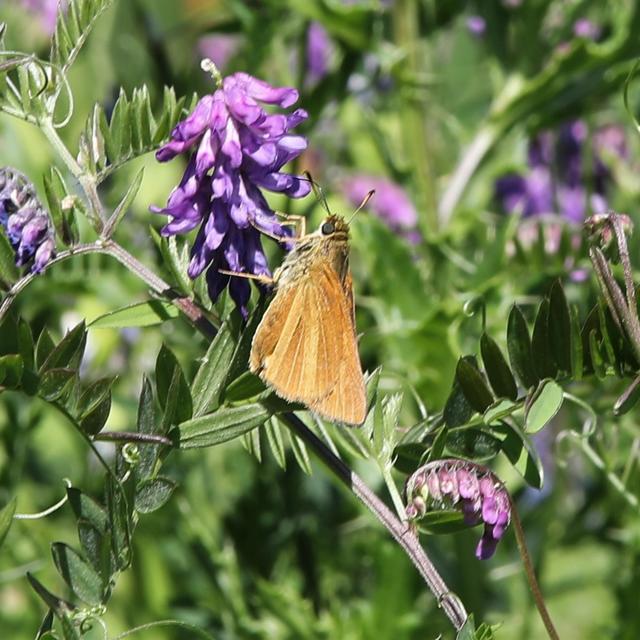 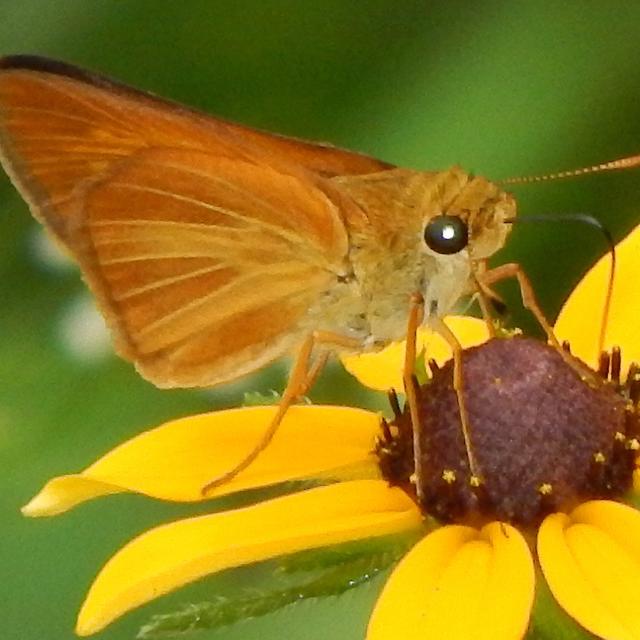 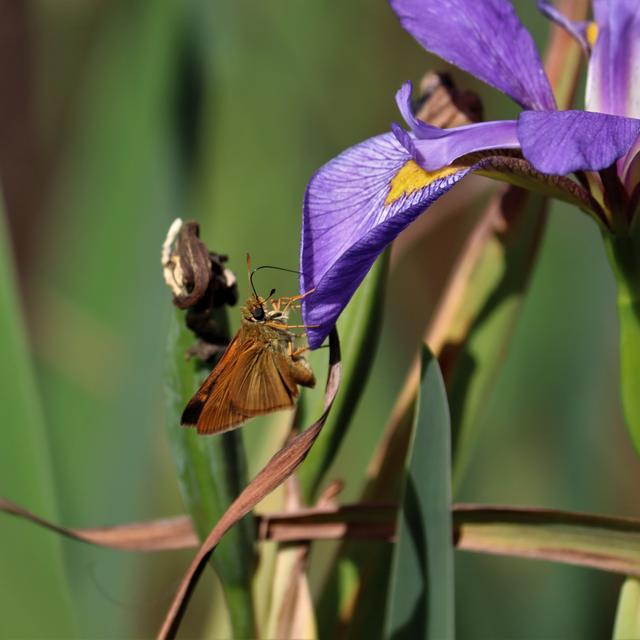 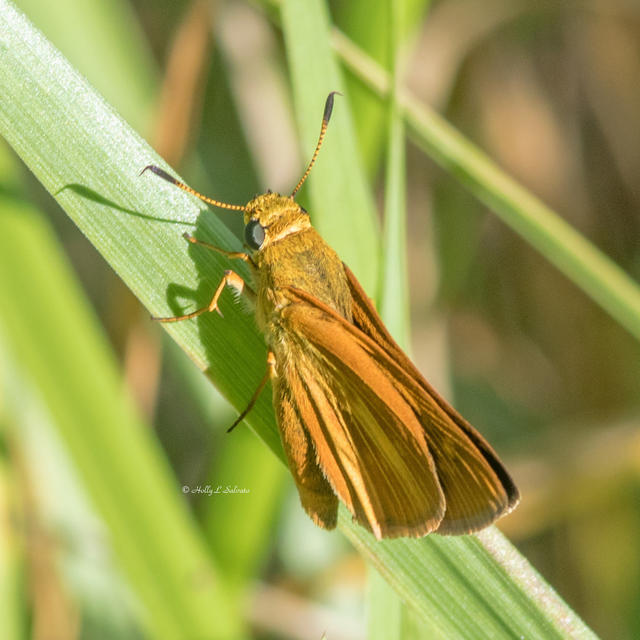 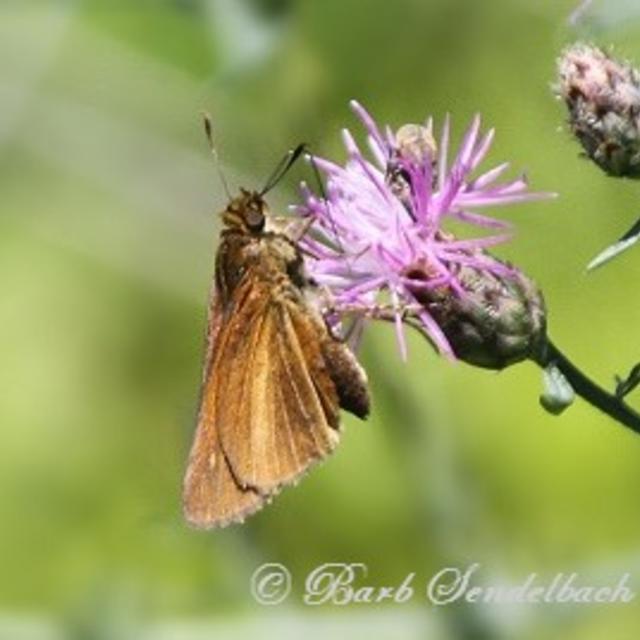 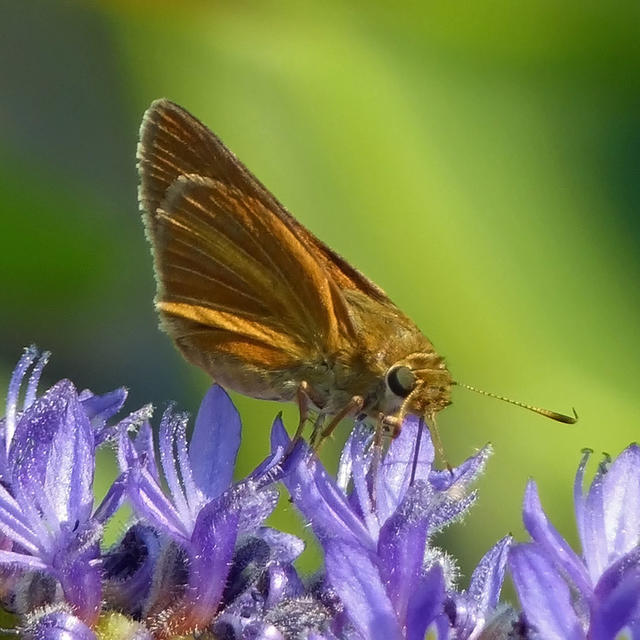 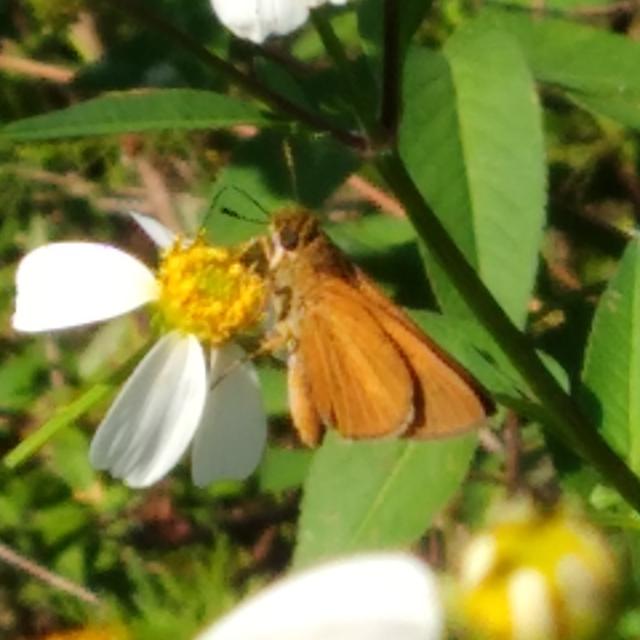