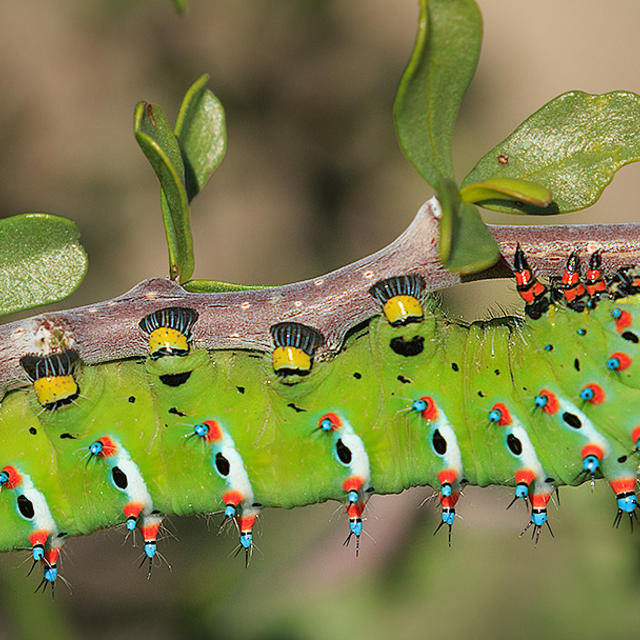 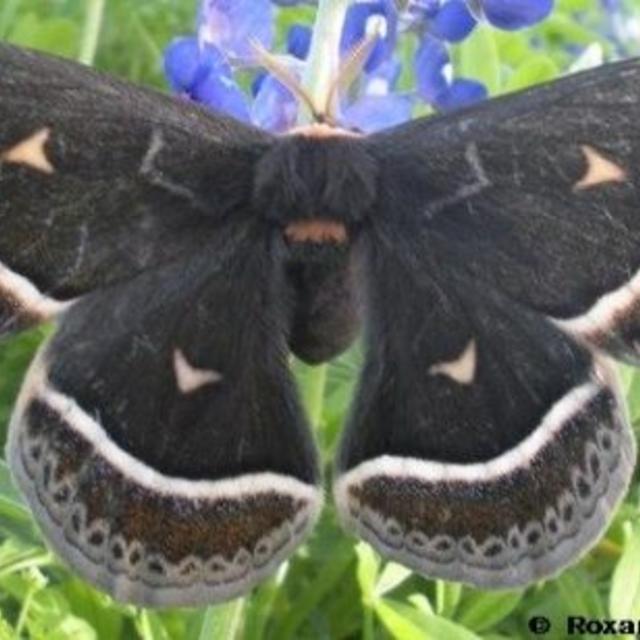 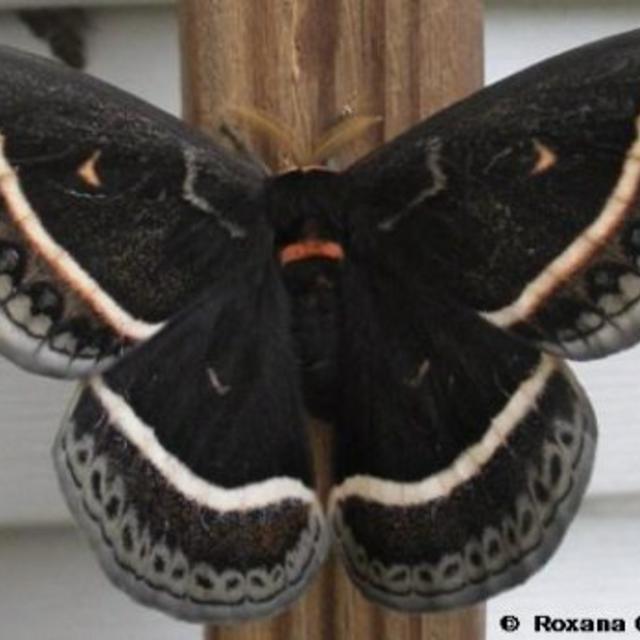 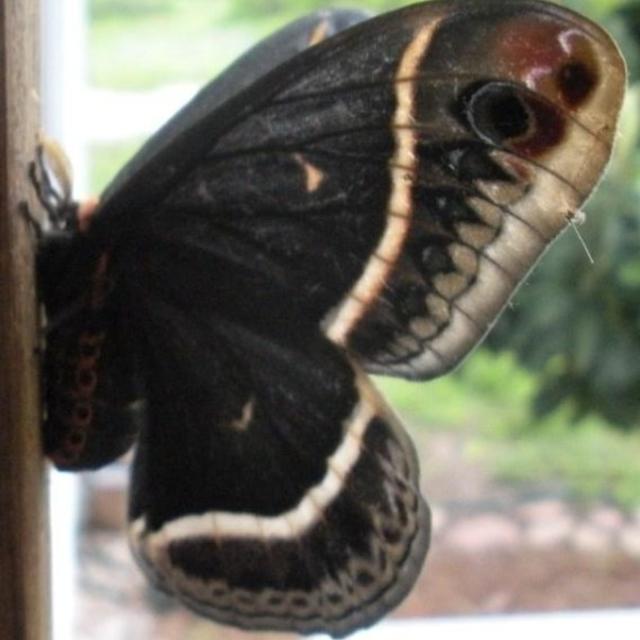 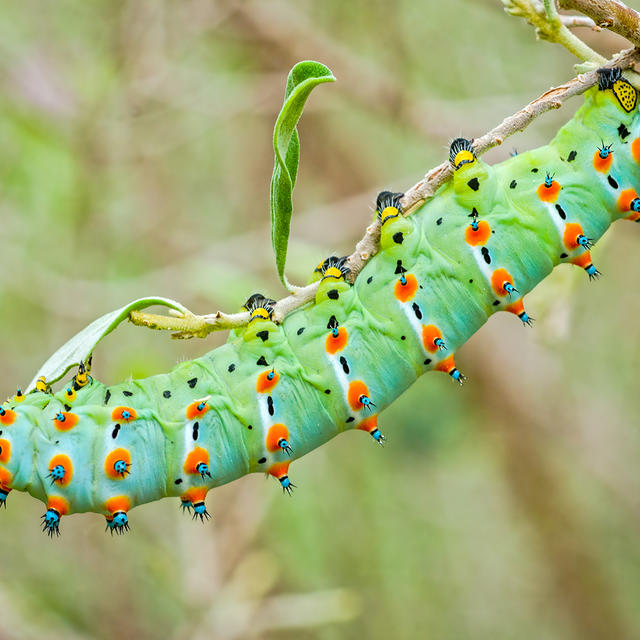 Family: Saturniidae
Subfamily: Saturniinae
Identification: Body is black with a red collar and red on the rear of the thorax. Wings are black with conspicuous white postmedian lines, which are wider in females. Triangular white spots on the wings range from large to almost absent.
Wing Span: 3 1/8 - 4 5/16 inches (8 - 11 cm).
Life History: Adult moths emerge in the evening and begin mating the next morning, as early as 7:30 AM until about noon. Females lay eggs beginning at dusk on the same day. Eggs are deposited in clumps on both surfaces of host plant leaves. Young caterpillars feed gregariously and older caterpillars are solitary feeders. The cocoon is attached to a twig by a short silken loop and is usually spun near the ground and often in shade.
Flight: In the southeastern mountains of Arizona, one brood from July-August; from central Arizona to Mexico, one brood from October-January; in South Texas, two broods from September-November and March-April.
Caterpillar Hosts: Ceniza (Leucophyllum frutescens), ash (Fraxinus), Mexican jumping bean (Sapium biloculare), and ocotillo (Fouquieria splendens).
Adult Food: Adults do not feed.
Habitat: Thorn scrub, foothills and canyons of desert mountain ranges, and dry desert.
Range: The Rio Grande Valley and Big Bend areas of Texas; southern Arizona and southwestern New Mexico south to Veracruz, Mexico; Guatemala.
Conservation: Not usually required.
NCGR: G5 - Demonstrably secure globally, though it may be quite rare in parts of its range, especially at the periphery.
Management Needs: None reported.
Comments: NULL 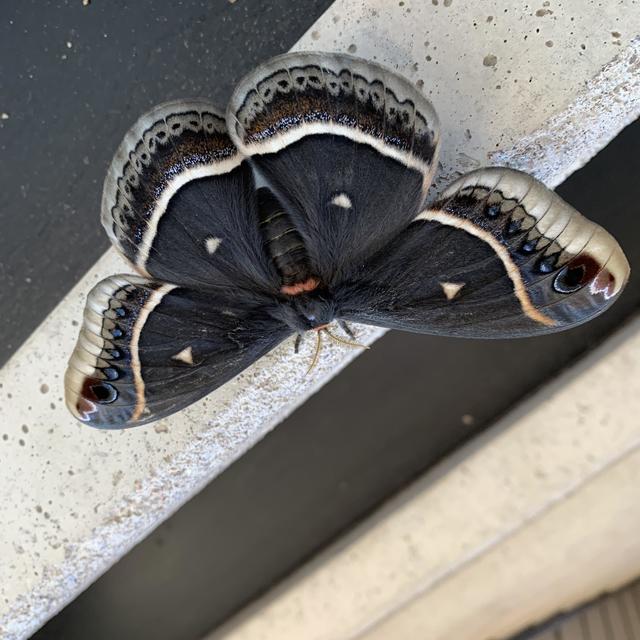 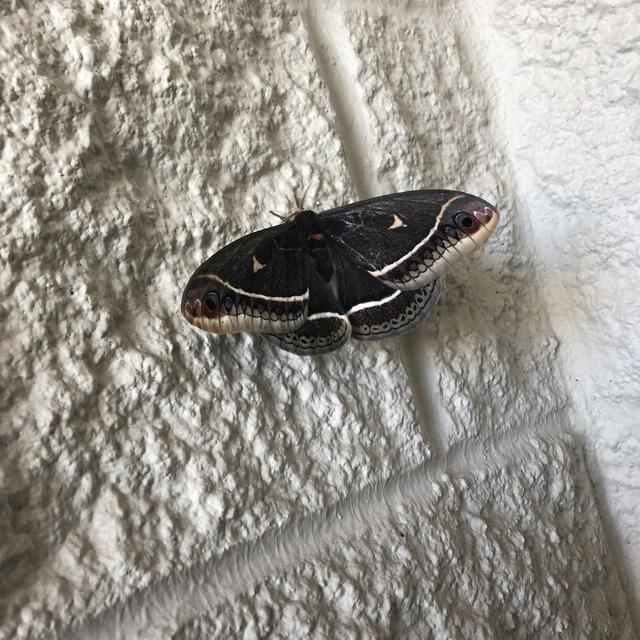 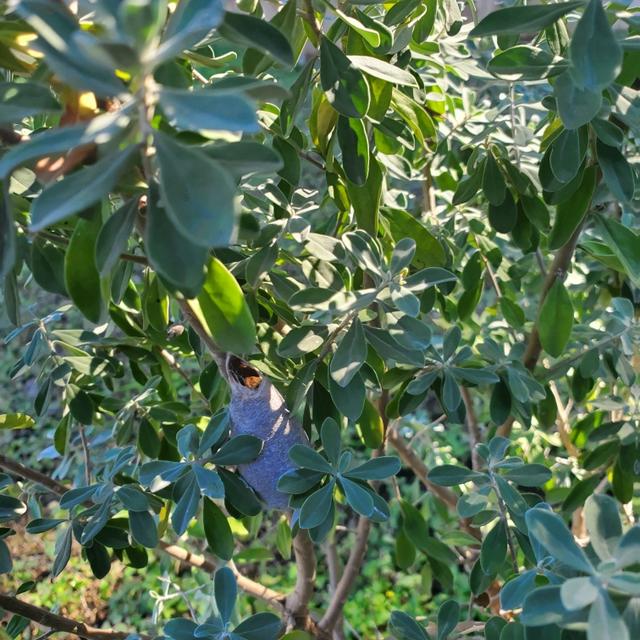 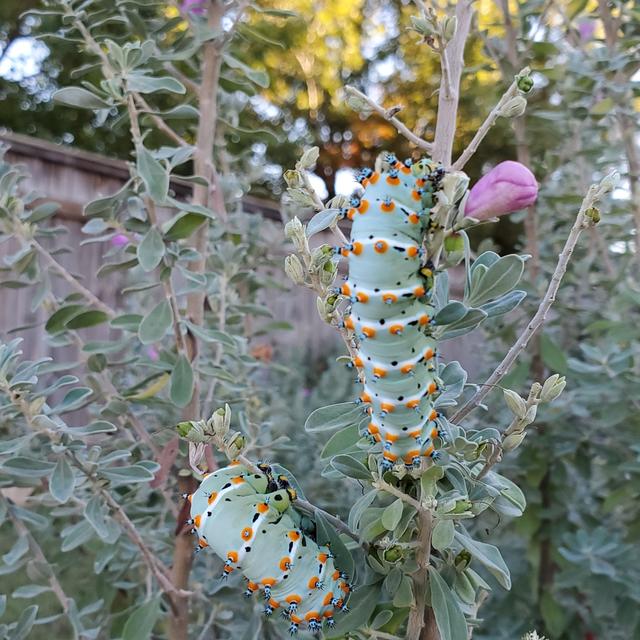 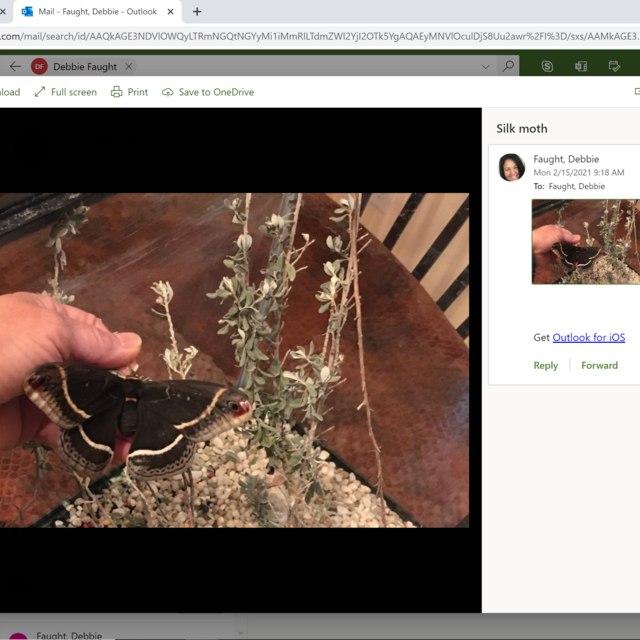 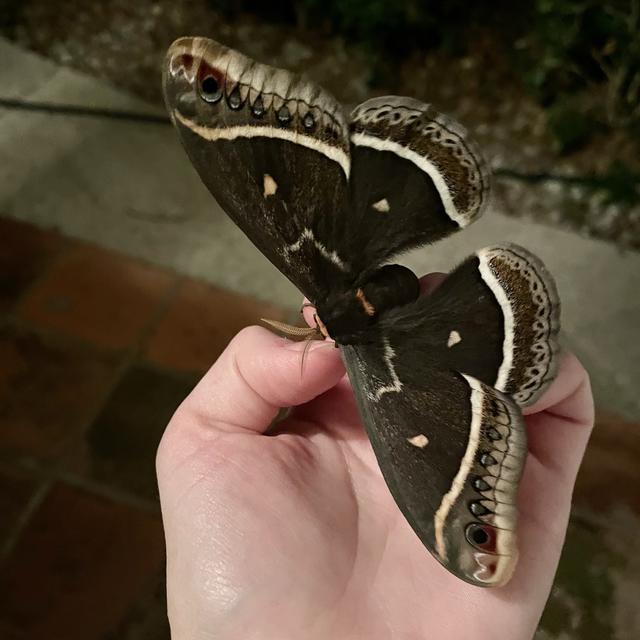 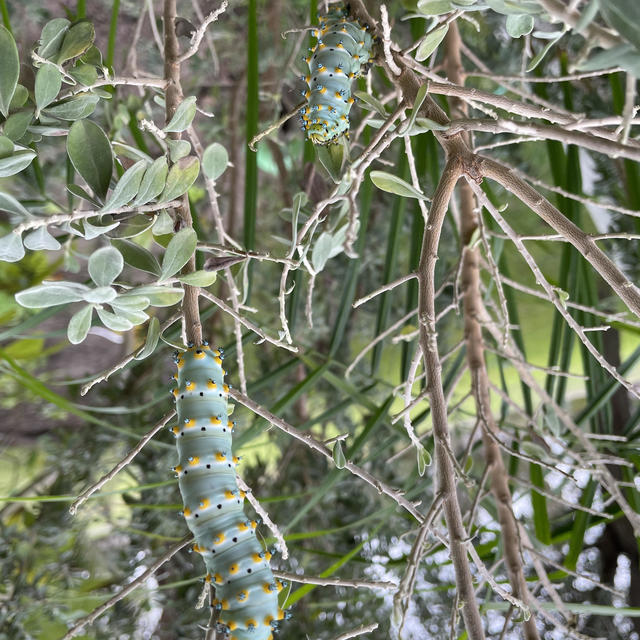 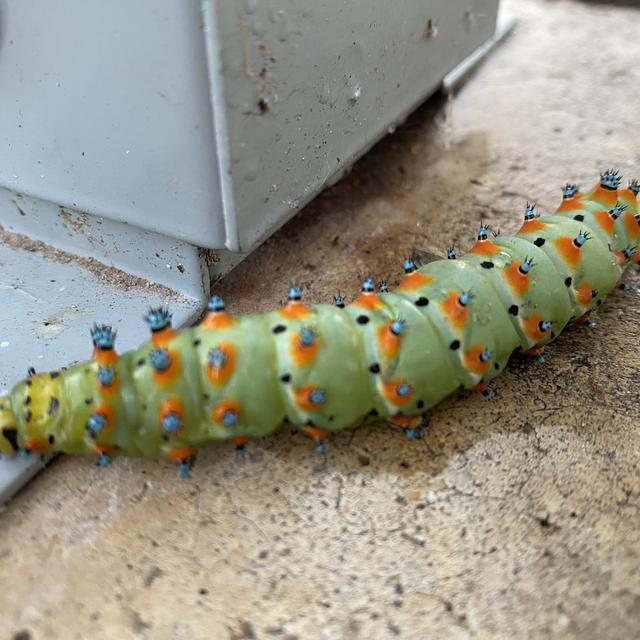 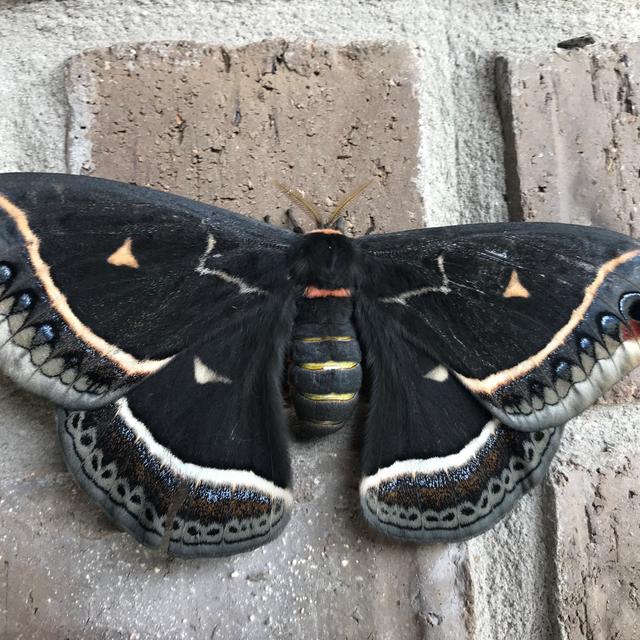 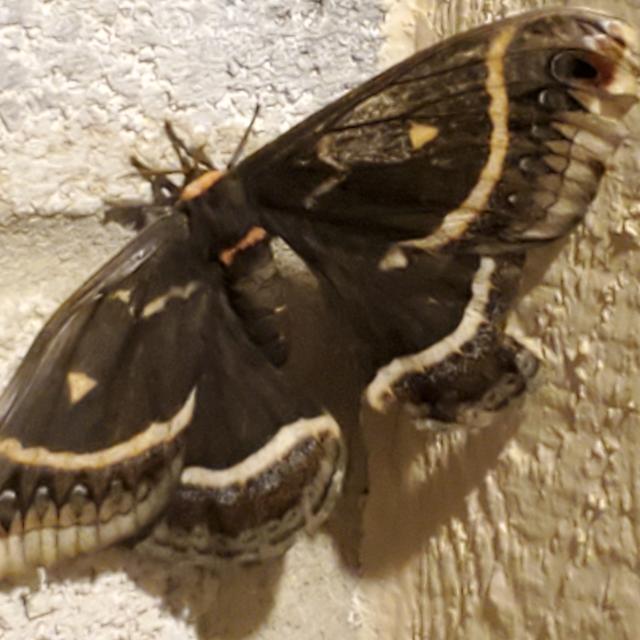 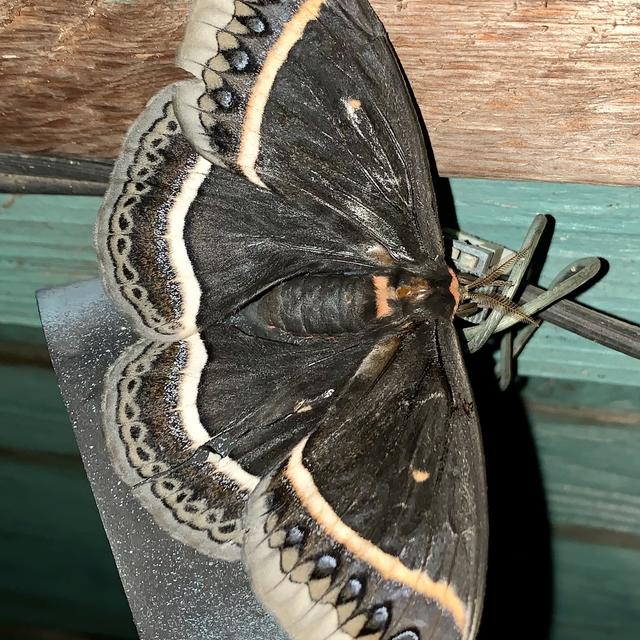 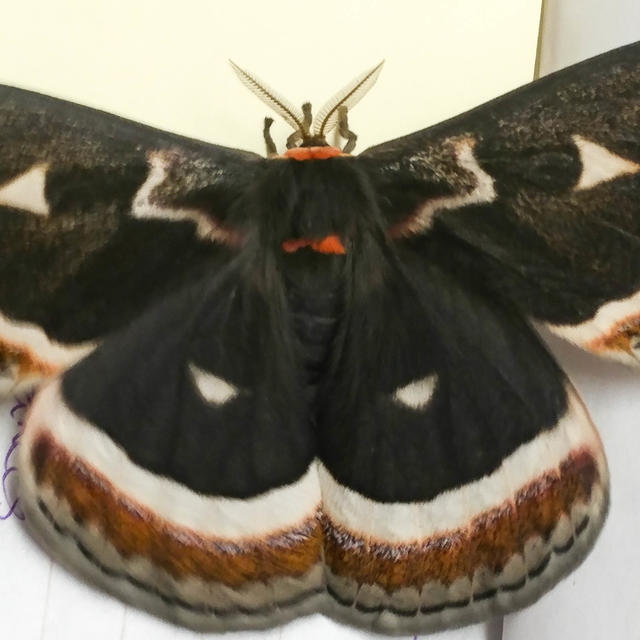 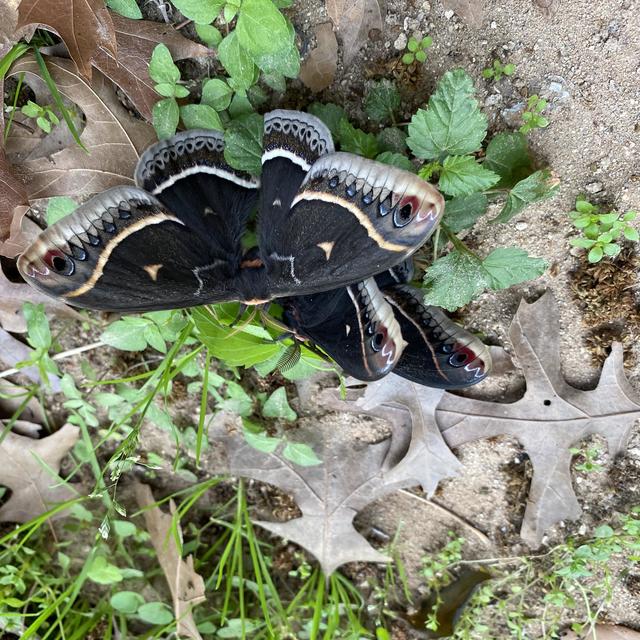 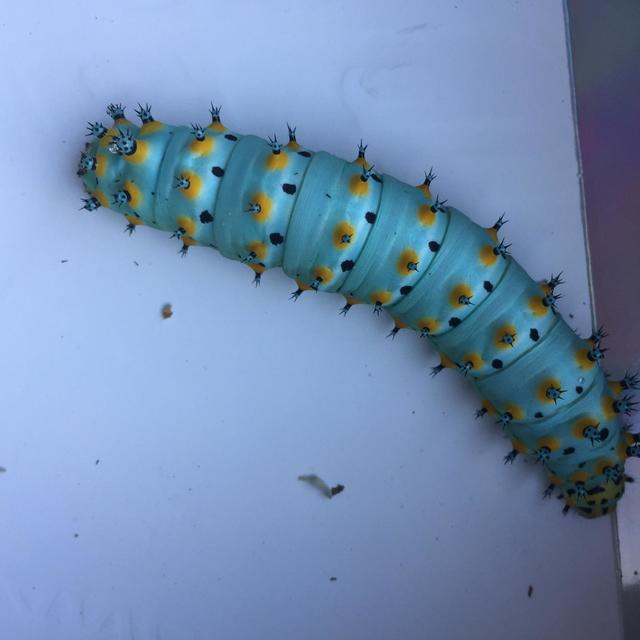 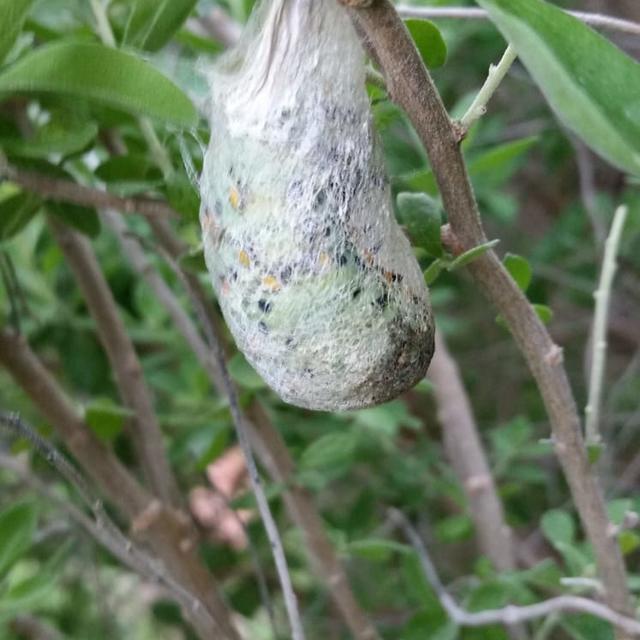 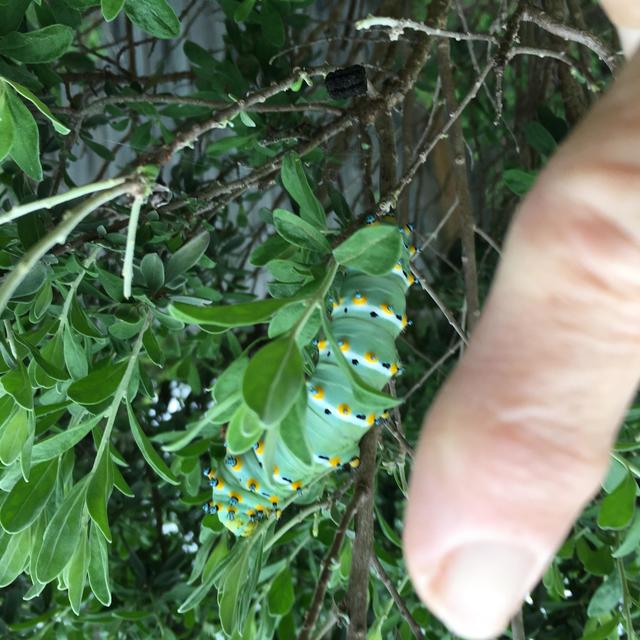 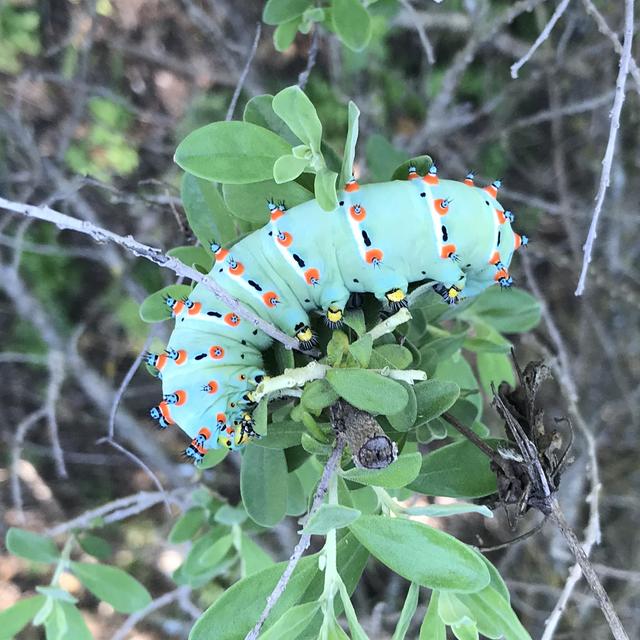 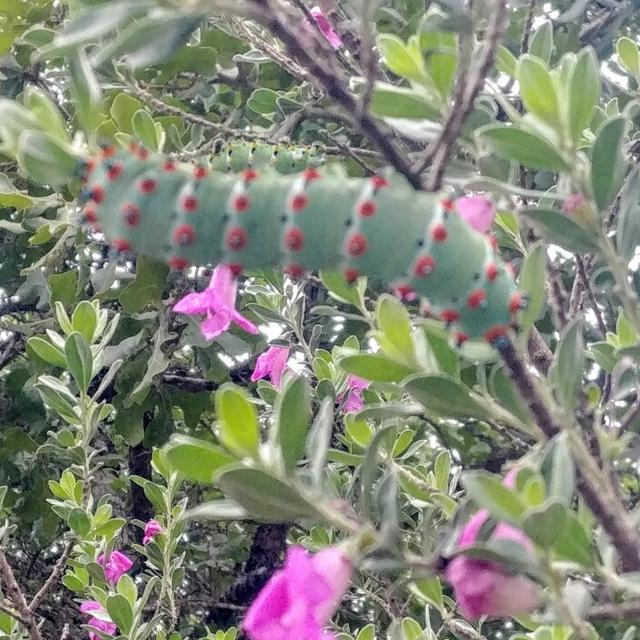 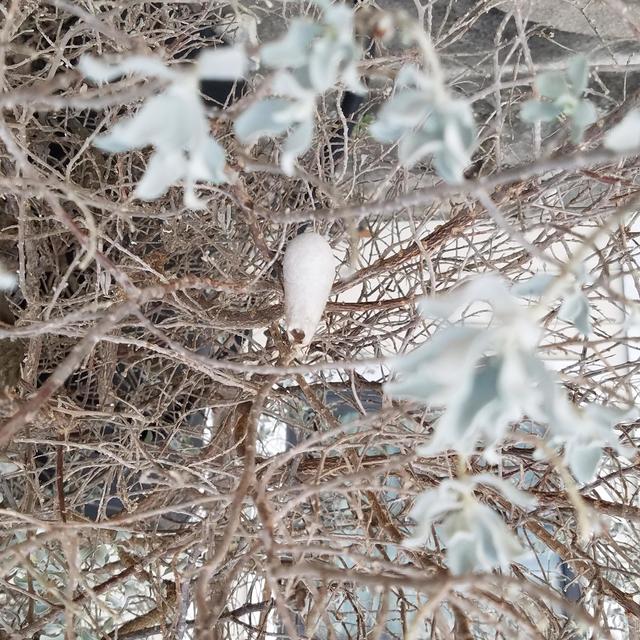 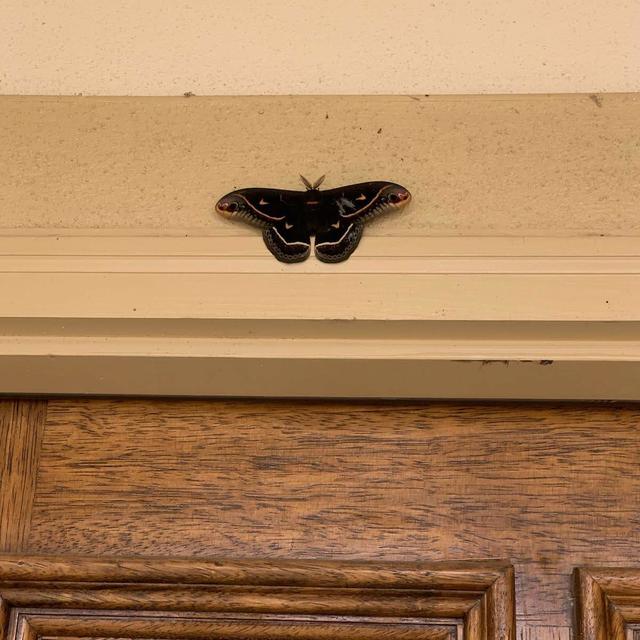 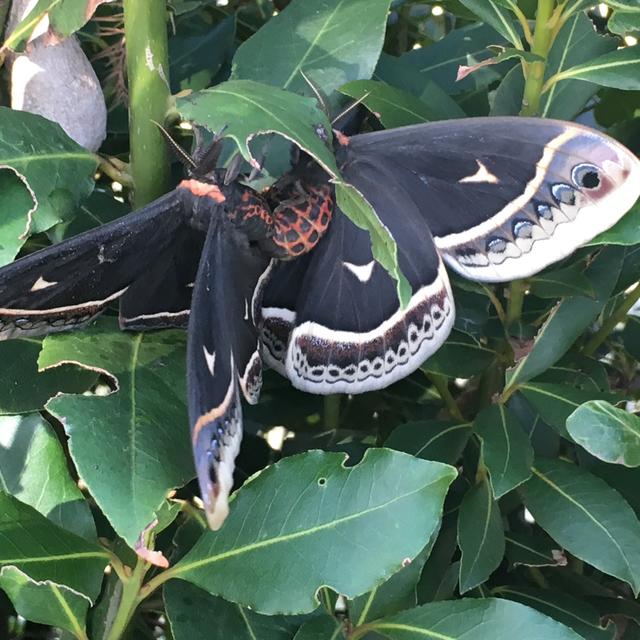 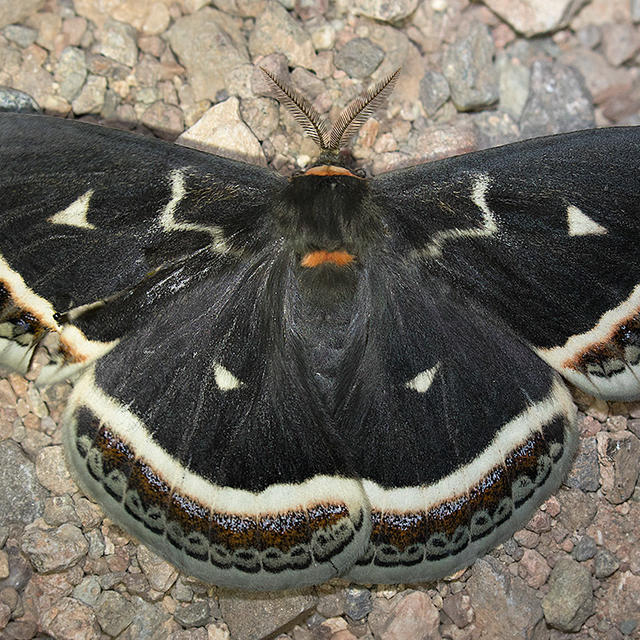 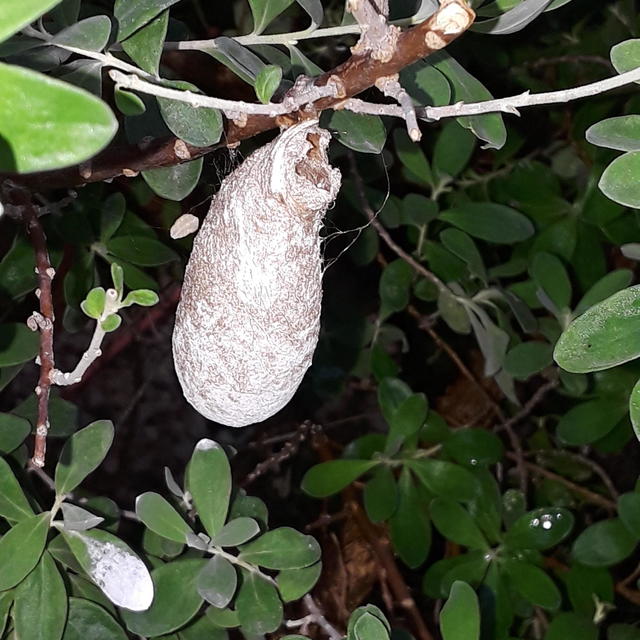