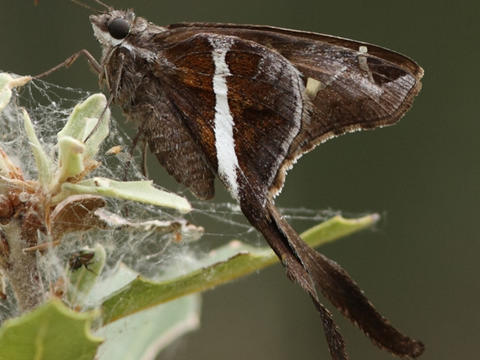 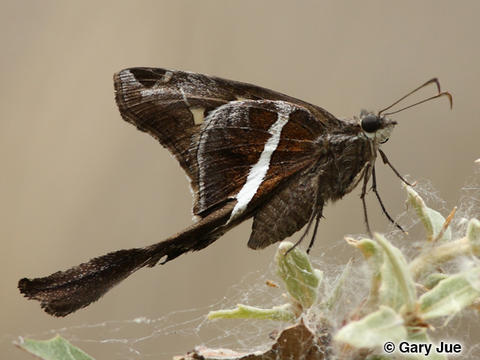 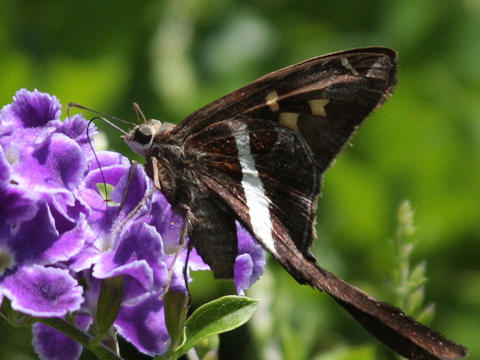 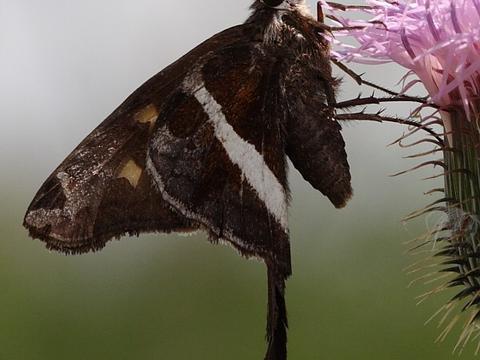 Family: Hesperiidae
Subfamily: Pyrginae
Identification: Hindwing with a very long tail. Wings are dark brown; forewing with large pale spots. Underside of hindwing has a long silver-white band from the costa to the base of the tail.
Wing Span: 1 1/2 - 2 1/8 inches (3.9 - 5.4 cm).
Life History: The White-striped Longtail has a fast and erratic flight, and perches on the upper sides of leaves.
Flight: Many flights throughout the year in South Texas.
Caterpillar Hosts: Many legumes including Tephrosia, Mimosa, Phaseolus, and Rhynchosia.
Adult Food: Flower nectar.
Habitat: Trails and openings in tropical and subtropical forests and brush, and nearby edges.
Range: Argentina north through Central America to the West Indies and South Texas. Occasional stray to southwest New Mexico and southern Arizona.
Conservation: Not usually required.
NCGR: G5 - Demonstrably secure globally, though it may be quite rare in parts of its range, especially at the periphery.
Management Needs: None reported.
Comments: [Raised to species level by Austin and Warren (2002); previously considered to be a subspecies of C. catillus (Cramer, 1779).] 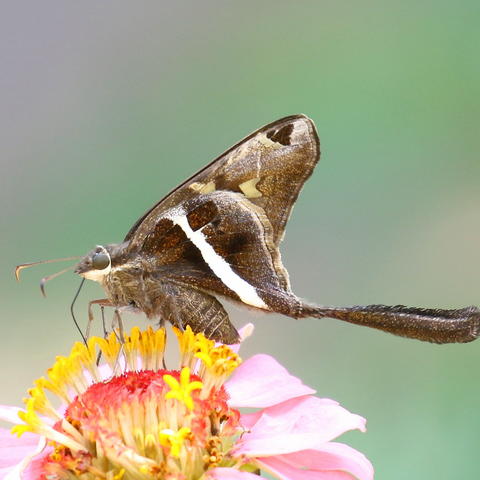 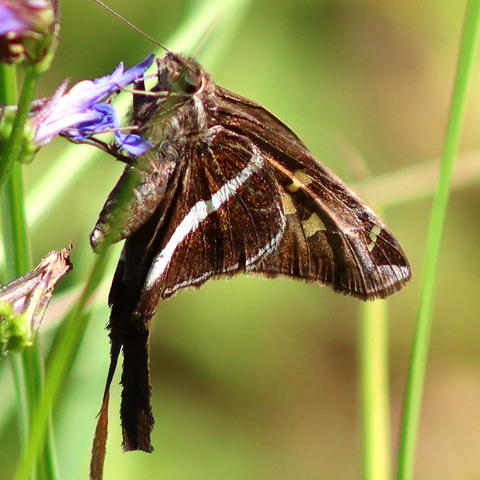 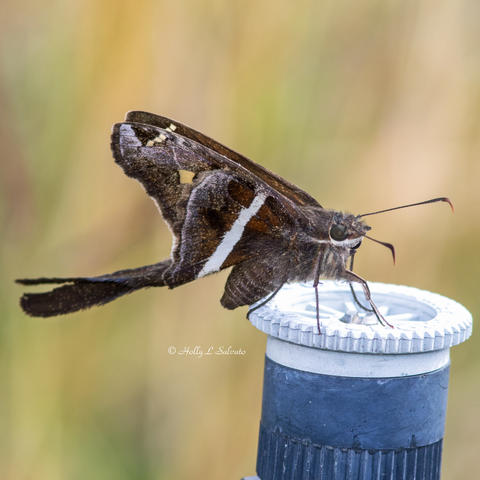 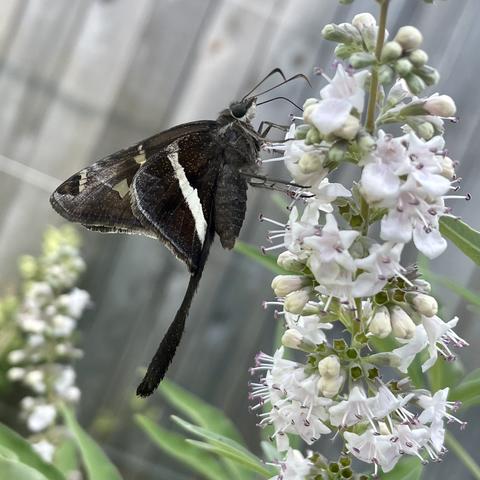 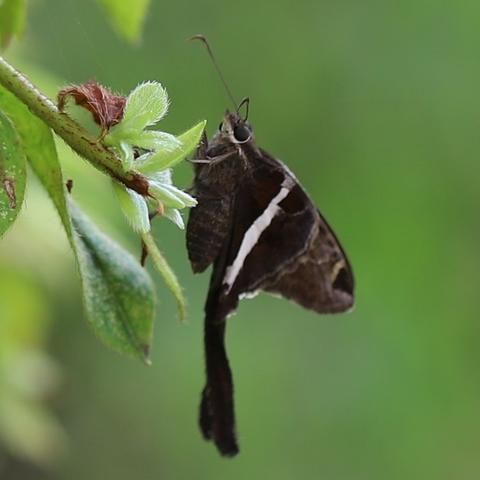 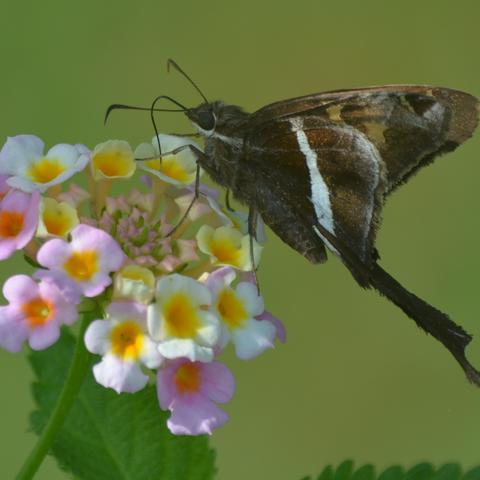 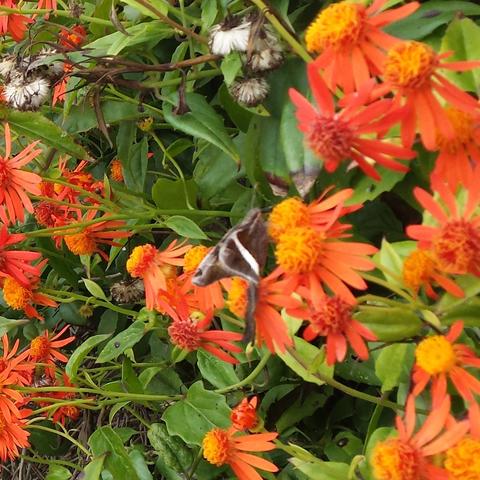 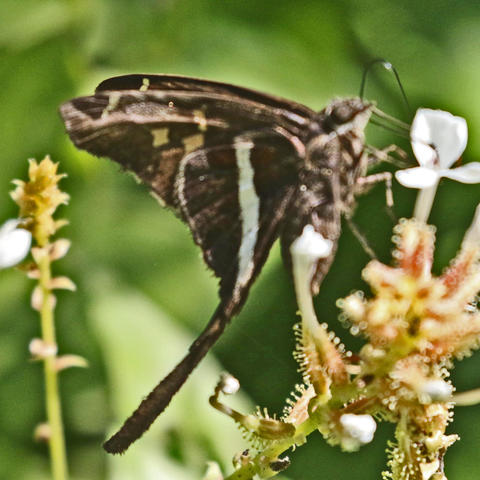 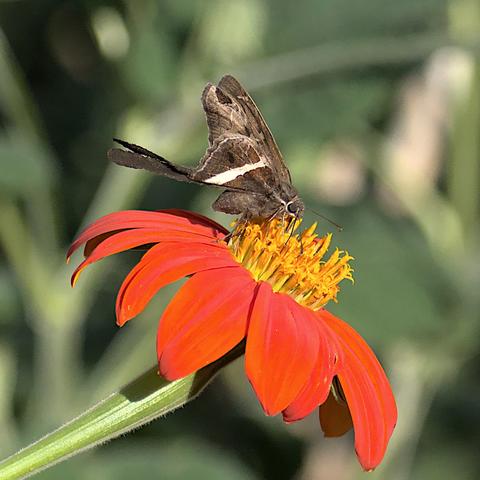 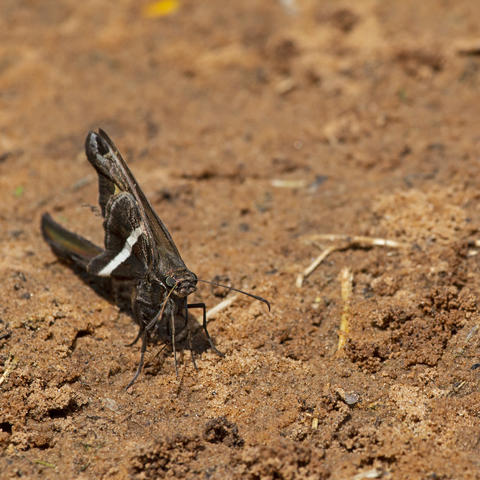 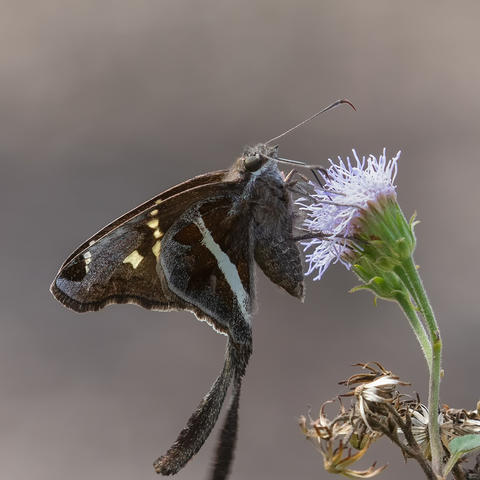 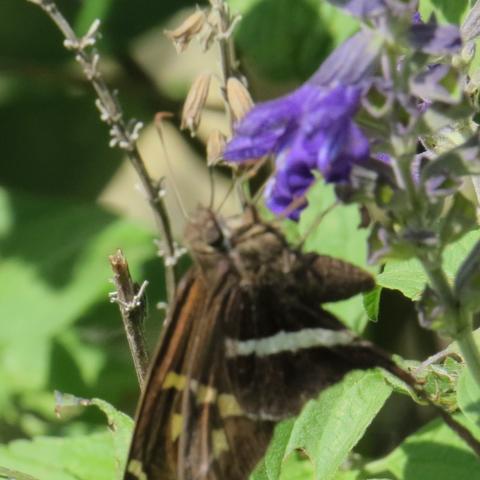 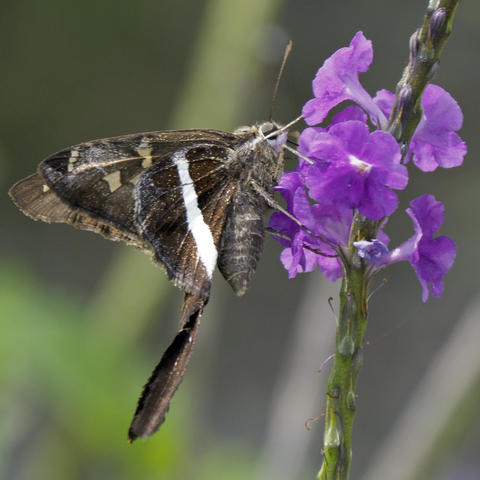 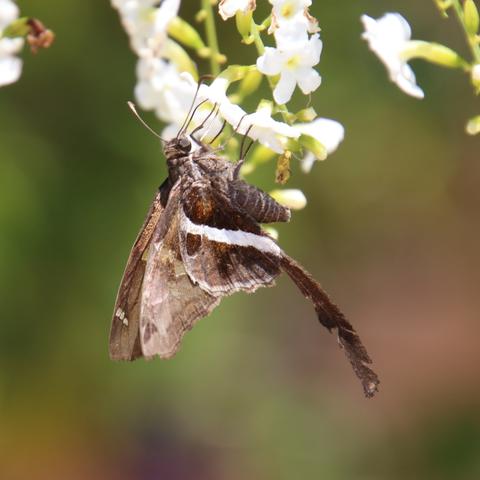 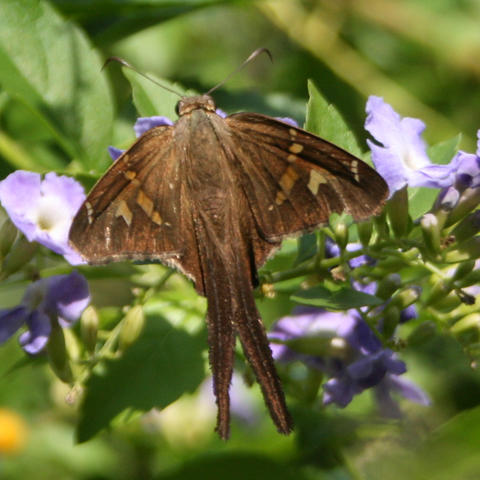 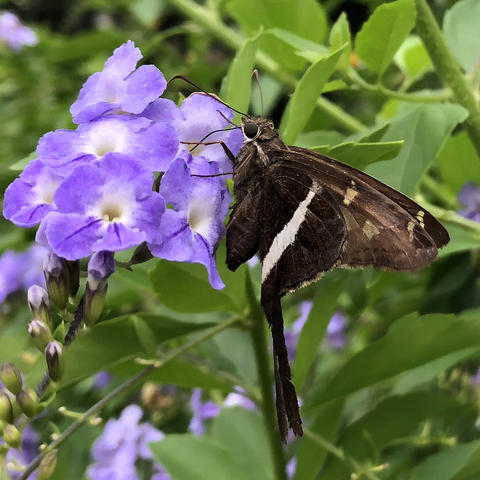 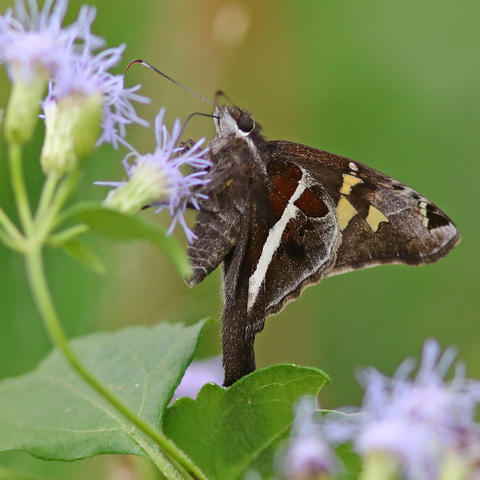 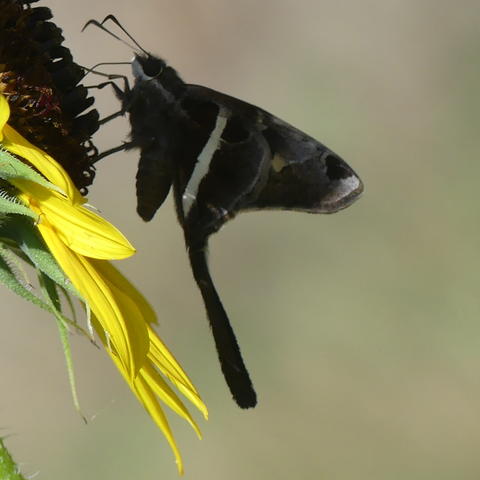 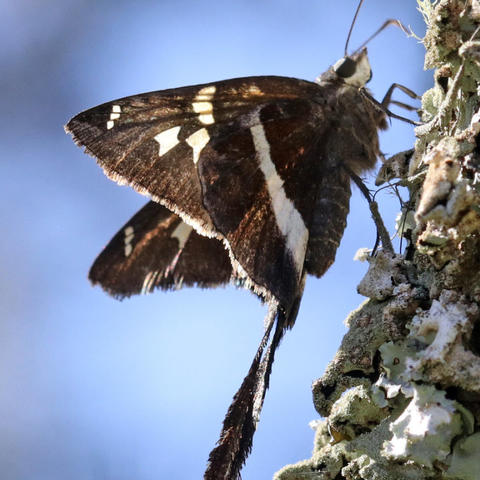