Family: Hesperiidae
Subfamily: Pyrginae
Identification: Like the Common Streaky-Skipper but larger. Upperside is orange-brown to dark brown; each wing has black streaks on the outer half and an irregular median band of small transparent spots. Fringes are checkered. Underside is paler than that of the Common Streaky-Skipper. Can be identified only by dissection and scrutiny of the male genitalia.
Wing Span: 1 - 1 1/4 inches (2.5 - 3.2 cm).
Life History: To find receptive females, males patrol close to the ground in low spots. Caterpillars eat leaves; fully-grown caterpillars hibernate.
Flight: Several broods from March-September.
Caterpillar Hosts: Several mallows including globemallows (Sphaeralcea) and violet sida (Sida filipes).
Adult Food: Flower nectar.
Habitat: Desert foothills, canyons, and alluvial fans.
Range: Extreme southwestern Texas south into Mexico.
Conservation: Populations and their habitat in west Texas should be monitored and assessed, and action taken if necessary.
NCGR: G3 - Very rare or local throughout its range or found locally in a restricted range (21 to 100 occurrences). (Threatened throughout its range).
Management Needs: None reported.
Comments: NULL 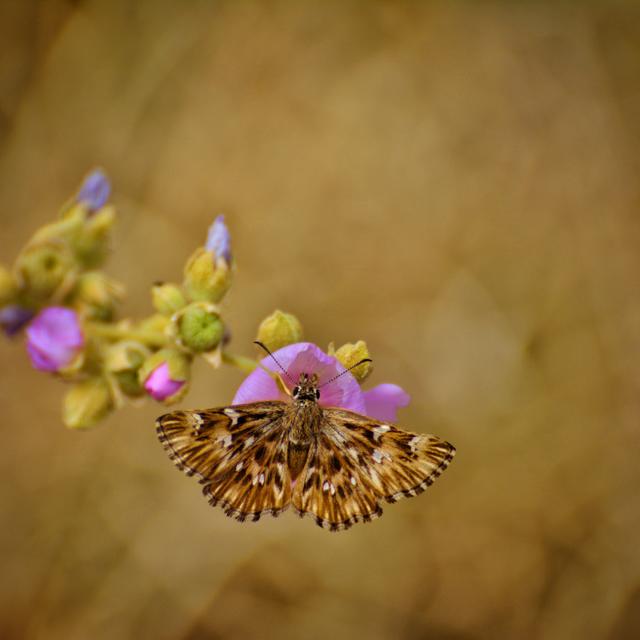