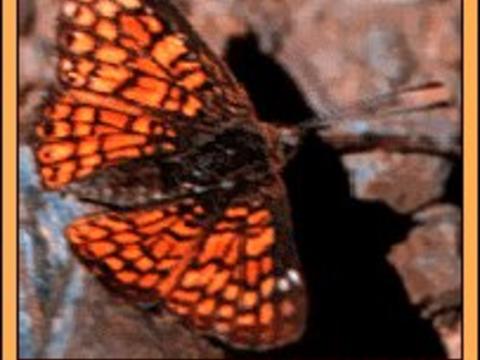 Family: Riodinidae
Subfamily: Riodininae
Identification: Upperside checkered with orange and brown. Underside orange with wide white bands.
Wing Span: Not reported.
Life History: Not reported.
Flight: Several flights in Mexico from April-September.
Caterpillar Hosts: Not reported.
Adult Food: Nectar from flowers of Eriogonum abertianum and Aloysia species.
Habitat: Near cottonwood-willow woodlands.
Range: Chihuahua and Sonora, Mexico north to the Chiricahua Mountains of southeastern Arizona.
Conservation: Extirpated in the United States. Original report may have been erroneous.
NCGR: G1 - Critically imperiled globally because of extreme rarity (5 or fewer occurrences, or very few remaining individuals), or because of some factor of its biology making it especially vulnerable to extinction. (Critically endangered throughout its range).
Management Needs: None reported.
Comments: NULL 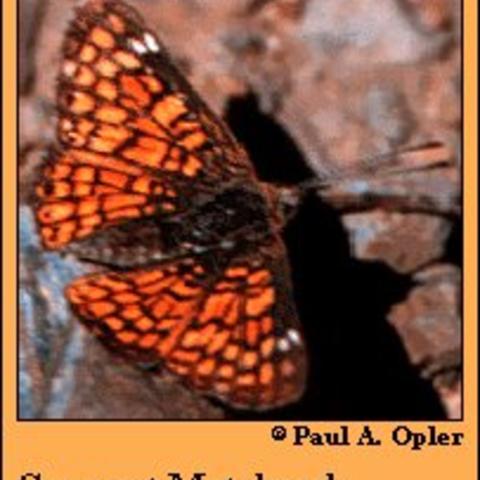