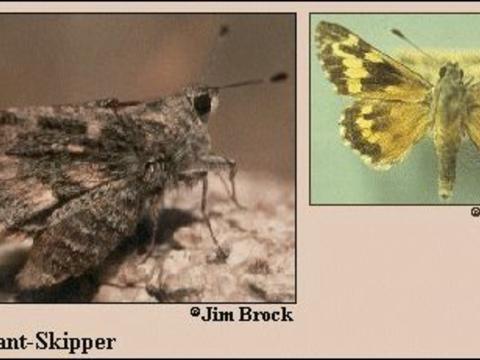 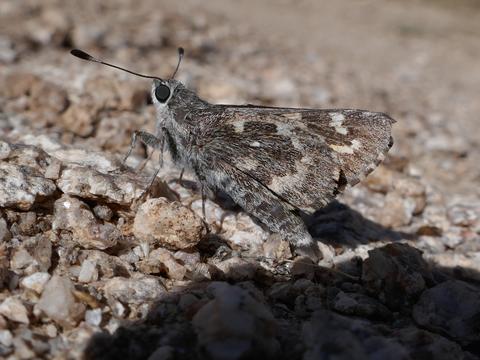 Family: Hesperiidae
Subfamily: Megathyminae
Identification: Upperside is brown-black with orange-yellow wing bases and forewing costa. Both wings have dull orange-yellow bands, which are wider in the female. Underside of hindwing is mottled gray with a complete pale band.
Wing Span: 1 5/8 - 1 3/4 inches (3.5 - 4.5 cm).
Life History: From early morning to noon males perch near host plants to wait for receptive females. Eggs are laid singly on the host and fall to the base of the plant. A young caterpillar crawls to a leaf tip and burrows inside where it eats pulp and then hibernates. In the spring the caterpillar makes a new burrow in a leaf base where it feeds on sap until ceasing activity for the summer. Before pupating, the caterpillar enlarges the opening of its burrow and makes a silk trap door from which the adult can emerge.
Flight: One brood from September-November.
Caterpillar Hosts: Schott\'s agave (Agave schottii) and Toumey\'s agave (A. toumeyana).
Adult Food: Adults do not feed.
Habitat: Dry hills and open woodland.
Range: Southern Arizona, southwestern New Mexico, and northern Mexico.
Conservation: Populations and their habitats should be conserved wherever found.
NCGR: G3 - Very rare or local throughout its range or found locally in a restricted range (21 to 100 occurrences). (Threatened throughout its range).
Management Needs: Preserve habitat and discourage overgrazing.
Comments: NULL 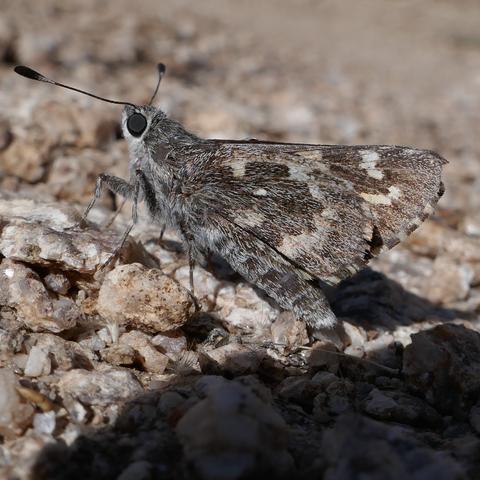 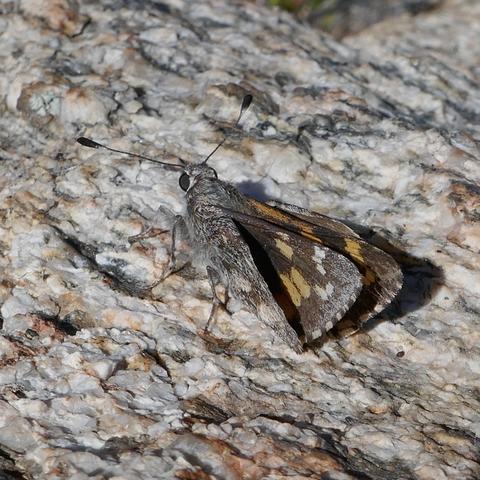 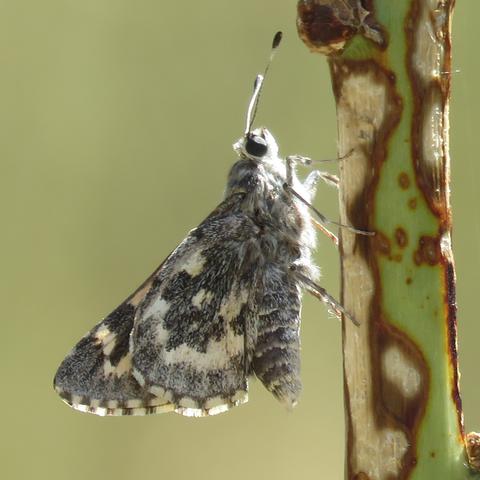 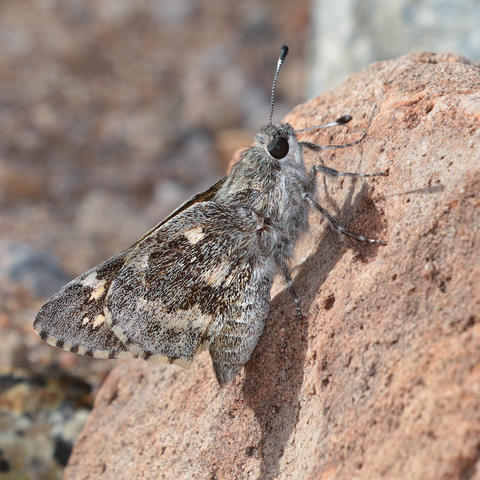 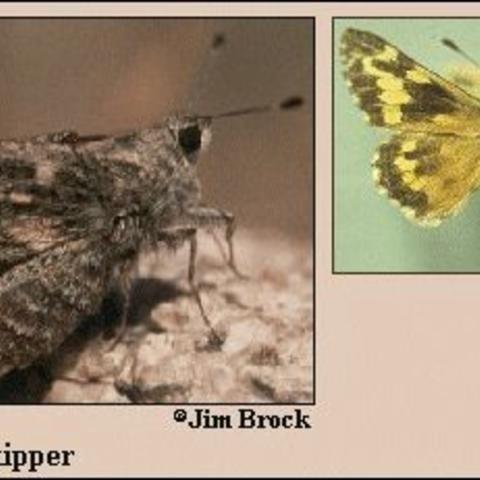