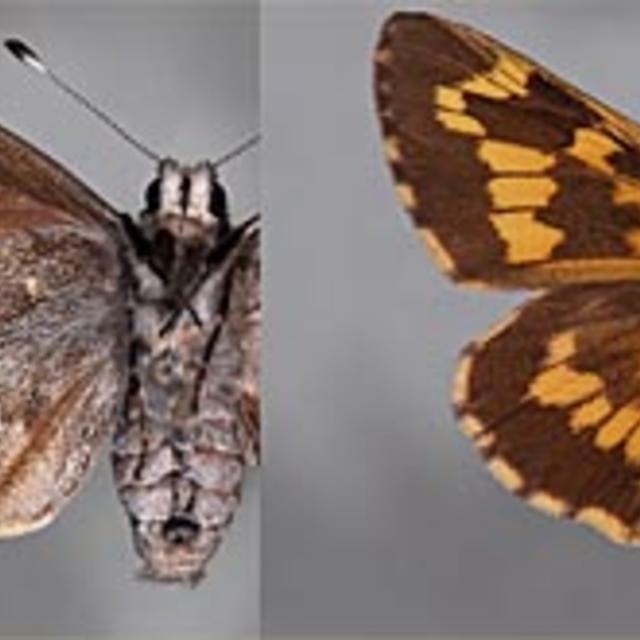 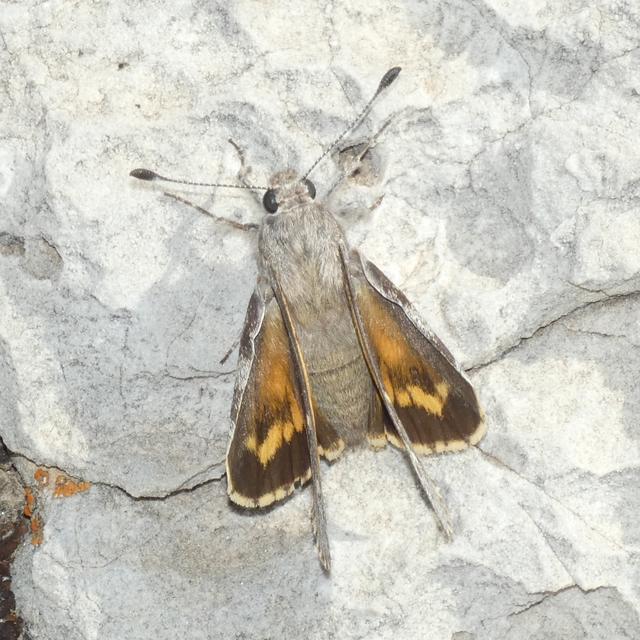 Family: Hesperiidae
Subfamily: Megathyminae
Identification: Large and robust. Upperside is black with reddish orange at the wing bases and costa. Orange-yellow forewing spots are widely separated in males but in females are separated only by veins, forming an almost continuous band. Underside of hindwing is mottled gray with bands of yellow-orange spots.
Wing Span: 2 1/4 - 2 1/2 inches (5.7 - 6.4 cm).
Life History: From early morning to noon males perch near host plants to wait for receptive females. Females lay eggs singly on the host and fall to the base of the plant. A young caterpillar crawls to a leaf tip and burrows inside where it eats pulp and then hibernates. In the spring the caterpillar makes a new burrow in a leaf base where it feeds on sap until becoming inactive for the summer. Before pupating, the caterpillar enlarges the opening of its burrow and makes a silk trap door from which the adult can emerge.
Flight: One brood from August-October.
Caterpillar Hosts: Utah agave (Agave utahensis).
Adult Food: Females do not feed; males sip moisture from mud.
Habitat: Desert and open pine-woodland canyons.
Range: East-central California, southern Nevada, southern Utah, and northwestern Arizona.
Conservation: Populations and their habitats should be conserved wherever found.
NCGR: G3 - Very rare or local throughout its range or found locally in a restricted range (21 to 100 occurrences). (Threatened throughout its range).
Management Needs: Preserve habitat and discourage overgrazing.
Comments: NULL 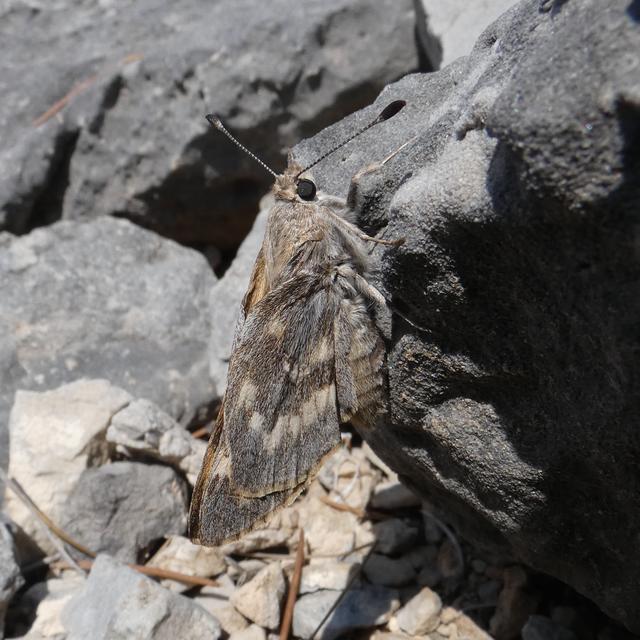 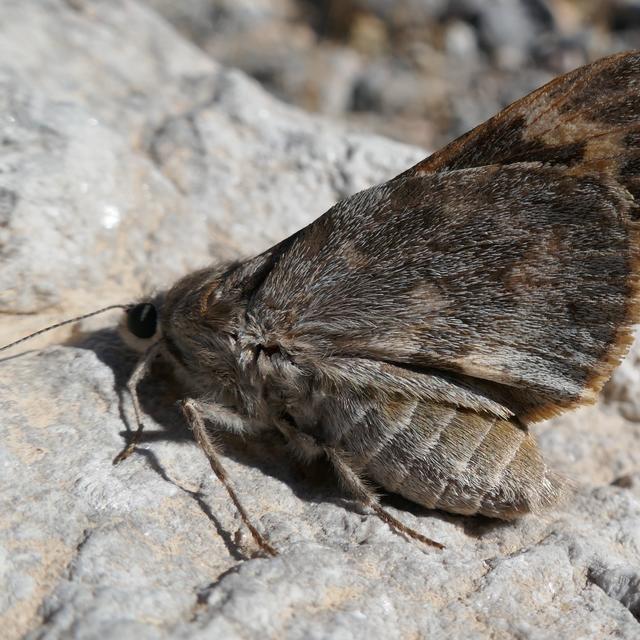 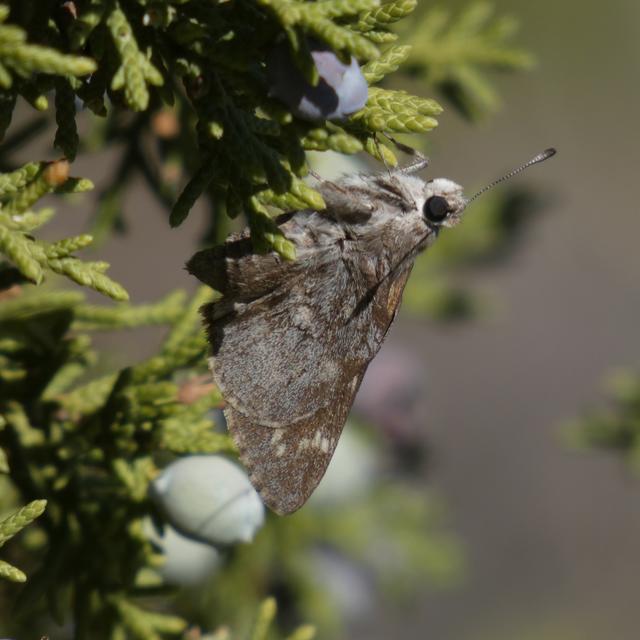