Submitted by: tirvine2020
Specimen type: Photograph
Observation notes: Reared from Quercus rubra. It must also be noted that larvae were solitary, but what seemed to be the same species (based on the shelters and feeding habits) were found on various different hosts, including Carya spp., Quercus spp., Ostrya virginiana, and a few others that I did not note. Found on 5/25, all instars create silk shelters at or near leaf margins by spinning a mat of silk that slightly bends the leaf. Earliest instars skeletonize the leaf adjacent to the shelters. Earlier instars typically spent only a day or a few days in one shelter, then moved to a new spot to create a new one. It also seemed that the larva ate the silk from the old shelter, since no silk was ever found where there used to be a shelter and it was strewn on the bottom of the container. Later instars feed on the entirety of the leaf. Occasionally goes multiple days without feeding. Spends all its time under its silk shelter unless feeding, and is quick to retreat to the shelter if provoked. Makes sure all frass is away from the shelter, if the larva is hiding in its shelter, it will pick up frass and move it out of the shelter one pellet at a time. This was shown by a simple demonstration of me putting a pellet or two of frass in the shelter near the larva, both by its head and rear, and it would quickly notice the frass, pick it up, and move it out of the shelter. It is presumed that the same action is done when the larva is feeding, because when undisturbed, frass is never found on or near where the leaf was fed on, even if it is flush with the bottom of the container where frass would accumulate if the larva was not actively moving it away or defecating elsewhere. Pupated by folding the margin of the leaf and creating a silken chamber there. This is the first time the larva has folded the leaf margin in quite some time, since its earlier window-mining and skeletonizing instars. Pupated on 8/15, eclosed 9/5. Finally, all photos are in chronological order, most recent to oldest, left to right. The last image was of the leaf it was initially found on, presumably not too long after it emerged from its egg. For all the images of this individual see this iNat observation: https://www.inaturalist.org/observations/93789184
Status: Resident
Verified by: rogerdowner
Coordinator notes: None.
Checklist region(s): United States, Massachusetts, Middlesex County 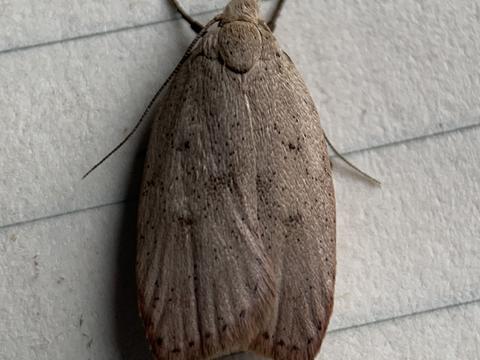 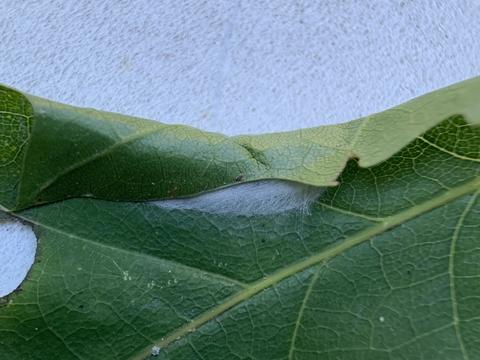 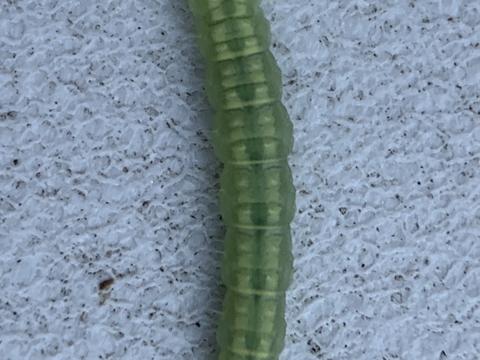 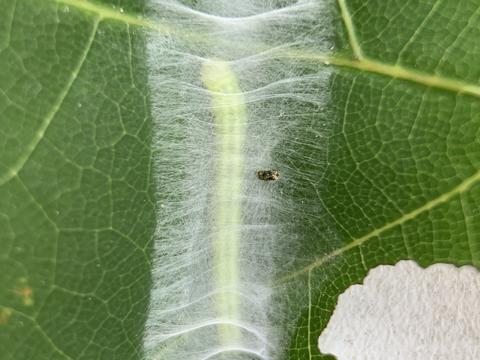 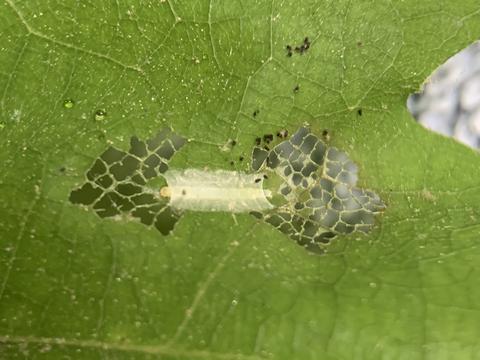