Submitted by: safechrisLaurie
Specimen type: Photograph
Observation notes: None.
Status: Unknown
Verified by: Mark Wheeler
Coordinator notes: I have yet to see a photo of C. bimaculatella where the large yellow patch on the wing didn't form more or less a smooth half-circle. This specimen has a "bite" out of the back third of the large spot. Sighting record 1310142 appears to be the same species. This looks to me like it could be C. burgessiella (0597), C. canadensisella (0599), C. cornusella (0600), C. umbratella (0642), or C. vacciniella (0643). I'll go through each. C. burgessiella: MPG shows sightings all over the map, but none in the center of the country. There's only four photos on MPG. It's also absent from BugGuide , so there's very little ability to "rule in" this species. C. canadensisella: The back edge of the large yellow spot is pretty much a straight line, not concave like in this specimen. There is a yellow patch extending below the abdomen in what I would call the "armpit", which matches this specimen. Hard to "rule in" this species because there is a total of only three photos of this species between MPG, BugGuide, and BAMONA. C. cornusella: Same observations about the appearance of this species as C. canadensisella. Only a handful of photos on MPG and BugGuide - none on BAMONA. MPG reports sightings in southern WI and far northern MN; BugGuide only shows sightings in PA, MA, and ME. C. umbratella: Large yellow spot is concave on the back edge, and has the yellow patches in its "armpits. Sightings reported in MN and WI on MPG and BugGuide. C. vacciniella: Large yellow patch on side has a straight border on the rear edge, doesn't have the "armpit" patches, but does have yellow markings on its back behind the head and in front of the tail. Sightings in MN and WI have been reported on MPG and BugGuide. For these reasons I believe this to be C. umbratella.
Checklist region(s): United States, Minnesota, Anoka County 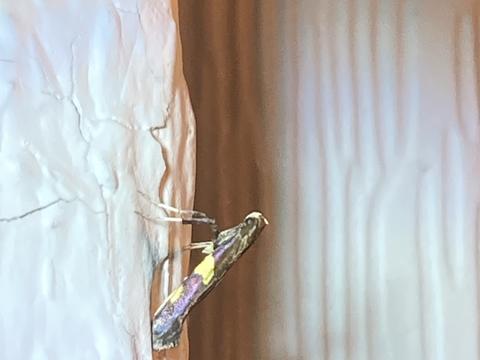 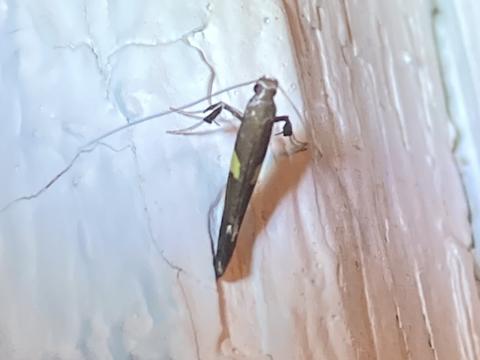 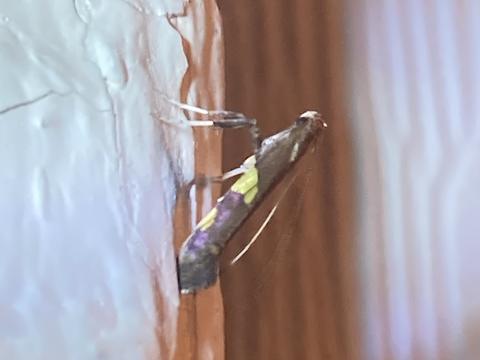