Submitted by: tirvine2020
Specimen type: Photograph
Observation notes: Caterpillars were found on Robinia pseudoacacia on 9/20/20. Eating patterns were consistent amongst all 5 larvae raised. Larvae would pull two leaves to overlap each other and sew them shut to create a capsule of sorts. Larvae only fed from the undersides of the leaf. If the upper side of a leaf was facing inwards in the capsule, they would not eat from that leaf. A walkway/path of sorts was made in a straight line down the middle of the sewn area between the two leaves. This path was a series of stitches that created a slight folding in the leaf and the leaf directly under the path would not be eaten. Larvae were always found resting on this path when the leaves were being changed. Larvae ate around the path by eating only mostly through the leaf. They would not eat all the way through the leaf, potentially a strategy to avoid predation. They would not eat veins. They would defecate around the edges of their capsule, not near where they were eating. The second image shows a good example of what their living space looks like. Each pupated on either 10/1 or 10/3. One eclosed early this week when it was quite warm, likely the container got too warm and the moth exited diapause too early. The rest aren't expected to hatch until the spring. The third image shows the upper sides of two leaves that were fed on. The fourth image is an up-close of the eaten leaf. The fifth image is an image of an early instar larva. The final is the adult that eclosed early.
Status: Unknown
Verified by: jwileyrains
Coordinator notes: A little south of its known range, I think. But this is very well researched and I concur with the species.
Checklist region(s): United States, Rhode Island, Bristol County 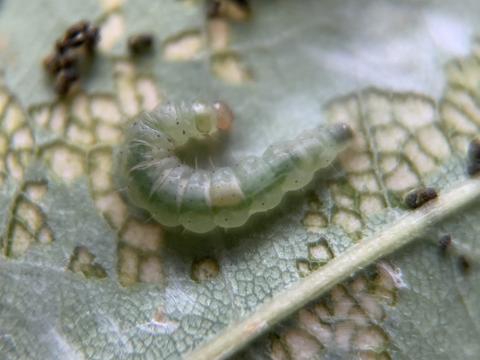 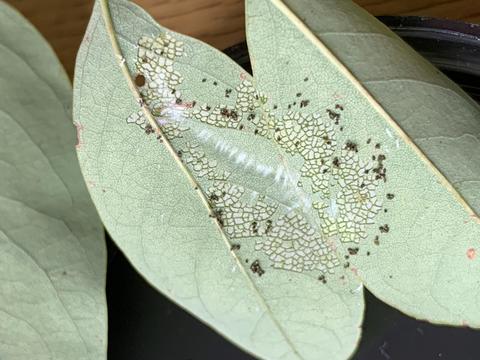 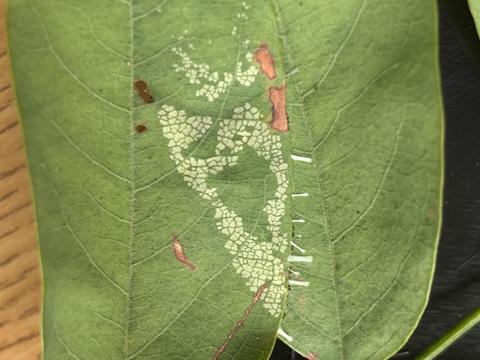 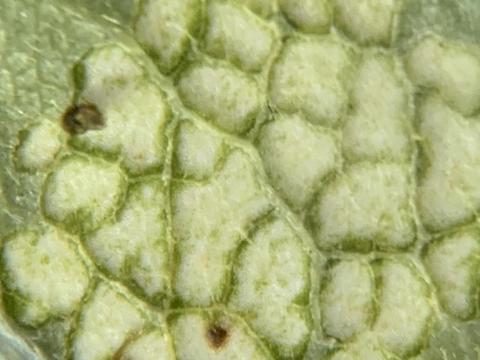 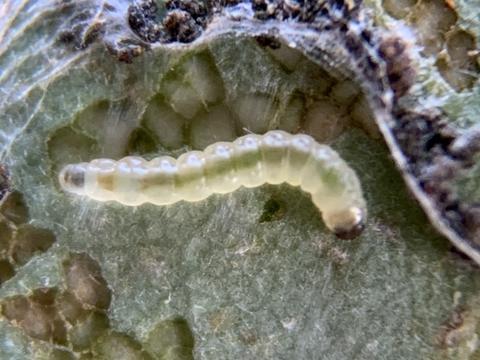 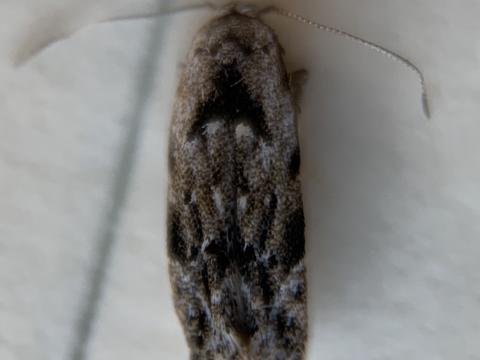