Submitted by: A_baldini
Specimen type: Photograph
Observation notes: Weather: N/A. Notes: One Euphydryas checkerspot (Edith's, Chalcedon, or Anicia) observed at Stove Prairie Landing (elevation 6,100') on 05/29/2020. I'm very unfamiliar with our Euphydryas sp. checkerspots, so if you could give me some pointers, I'd greatly appreciate it.
Status: Resident
Verified by: mikefisher
Coordinator notes: There are only two Euphydryas species found in Colorado, anicia (with several subspecies) and editha. This one is anicia. Editha is found mostly west of the Continental Divide but it does occur east of the divide in North Park (Jackson County) and in northern Larimer County in the Laramie River country north from Chambers Lake on Cameron Pass (SR14). Editha is smaller than anicia and the postmedian line of spots on the upper hindwings are very red and all about the same size throughout and rather squared in shape. Below, these spots are lighter colored (orangish), ringed with white and separated to each side with black AND they have a white dot in the center which you can see the one you photographed does not have that (those) feature(s). Hope that helps. Mike
Checklist region(s): United States, Colorado, Larimer County 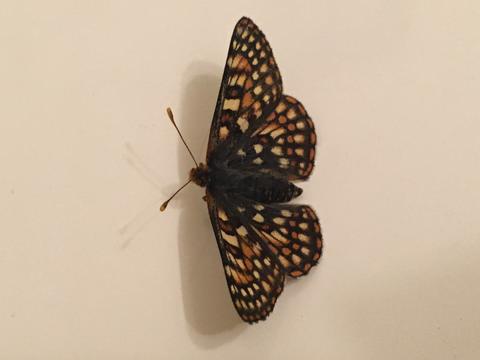 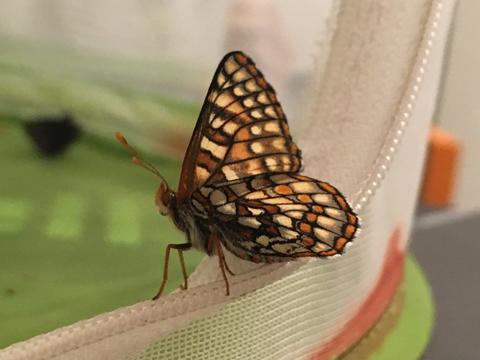 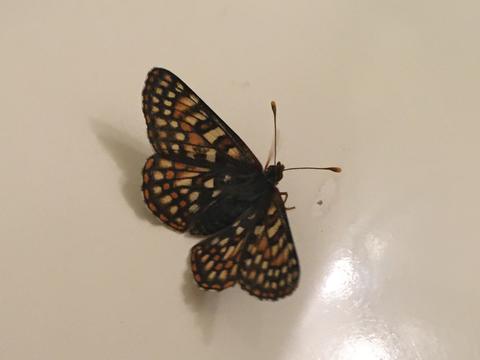 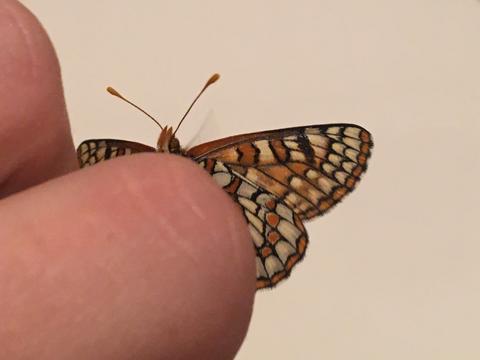