Submitted by: A_baldini (dailyentomologist)
Specimen type: Photograph
Observation notes: Third party submission. All credit for this observation goes to iNaturalist user “dailyentomologist.” The original observer had no observation notes.
Status: Resident
Verified by: mikefisher
Coordinator notes: Don’t forget Janeal W. Thompson’s Pipevine Swallowtail pending sighting! I thought you’d be interested in that one................Got it - finally! I had clicked the "cannot identify" button by accident and it took awhile to get it back out of oblivion!............. I identify this skipper as a female Hesperia viridis. On the ventral hindwings, the two upper spots in the macular band (the upper spots comprise the "anterior arm" of the band) are large (elongated) and stacked (staggered) on one another. On nominate female H. pahaska in eastern Colorado (and most males) the spots are separated, the upper most not sitting on the lower one (although it may be very close to it) and they are not much elongated - they are more square shape (not rectangular). This is not the case on female pahaska in western Colorado (ssp. near martini in Mesa, Delta Montrose and Montezuma County - so far), males yes, females no - they look very much like H. viridis (which is also in Mesa County at the same sites - about the western edge of its range). This is a rather dark female for viridis but since the date is the same as the Mormon Fritillary sighting I just finished, perhaps it was from the same locality? Mike
Checklist region(s): United States, Colorado, Larimer County 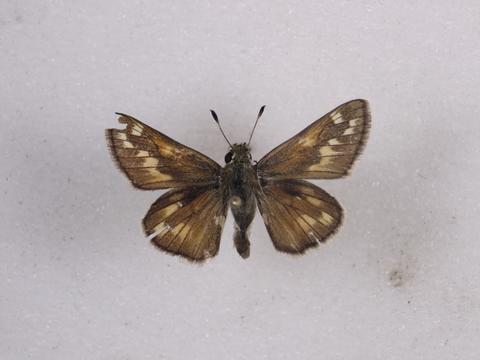 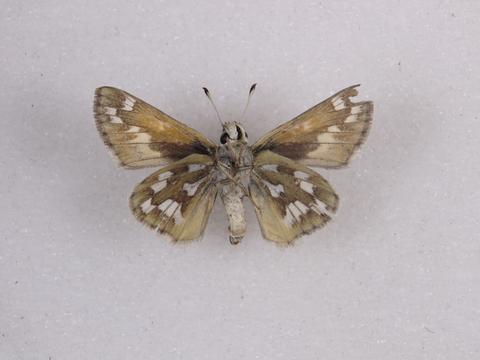