Submitted by: A_baldini
Specimen type: Photograph
Observation notes: Time: 4:52 p.m. Weather: Warm, calm, and mostly cloudy. Habitat: A trail through fairly sparse montane pine forest. Notes: This individual was the only skipper I saw at the campsite (July 20-22). It flew up from next to the trail as I walked by, and I managed to capture it, but not without severely bending its forewings. I initially though it was a Sonora Skipper based on the RM National Park butterfly book, because it lists the Snow's Skipper as "uncommon" and therefore does not include a photograph or profile of it. However, having seen pictures and a habitat description, I now believe it is a Snow's Skipper. Considering its restricted range and abundance, I feel pretty bad about disabling it like I did.
Status: Resident
Verified by: mikefisher
Coordinator notes: Your identification was correct and P. snowi is generally not commonly found but it is a middle elevation skipper in Colorado and your "camp" location was its preferred habitat. Rest assured that the individual male had probably already mated and carried on genes of the species for next year in that place. Mike
Checklist region(s): Larimer County, United States, Colorado 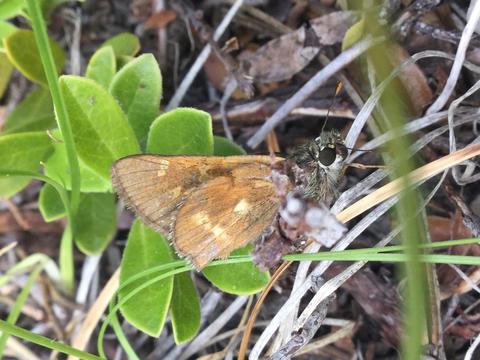 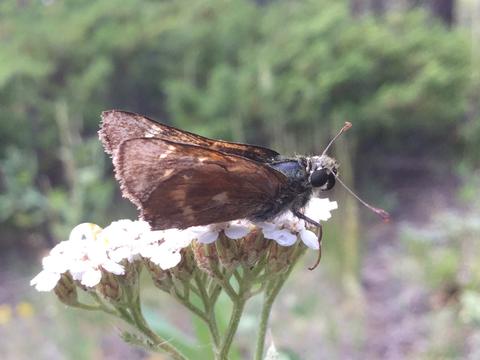 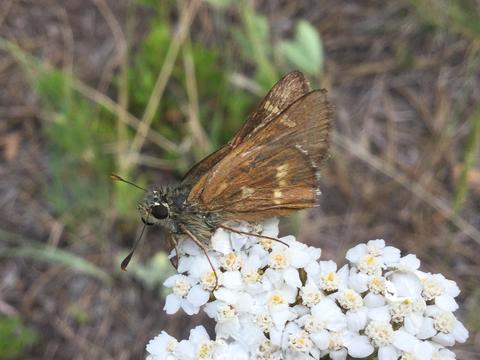 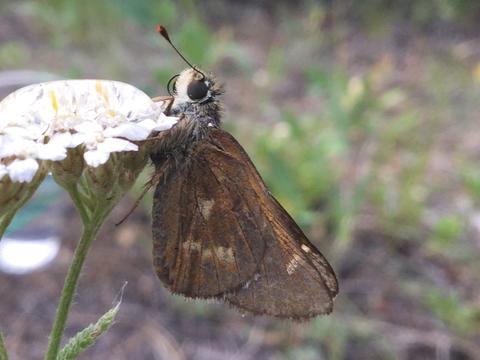