Family: Geometridae
Subfamily: Larentiinae
Identification: Easily recognized on account of the contrasting coloration of the forewings which show considerable banding of light russet brown in the antemedian, subterminal, and terminal areas. The large black discal dot is composed of raised scales which are easily rubbed off. The somewhat irregular, white, s.t. line borders a russet band outwardly and is further relieved, both inwardly and outwardly, by slight dark streaks which tend to give this section of the wing a somewhat strigate appearance, especially opposite the cell, where a dark blotch is at times quite prominent
Wing Span: 1.7-2.0 cm
Life History:
Flight:
Caterpillar Hosts:
Adult Food:
Habitat:
Range: Arizona, Pacific coast states, extending northward to Vancouver Island, British Columbia
Conservation:
NCGR:
Management Needs:
Comments:
Taxonomy Notes: None. 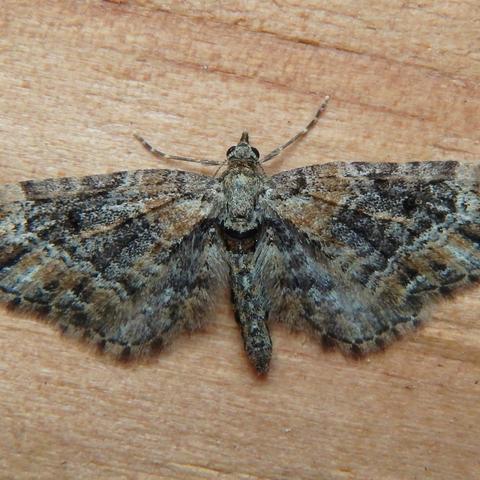 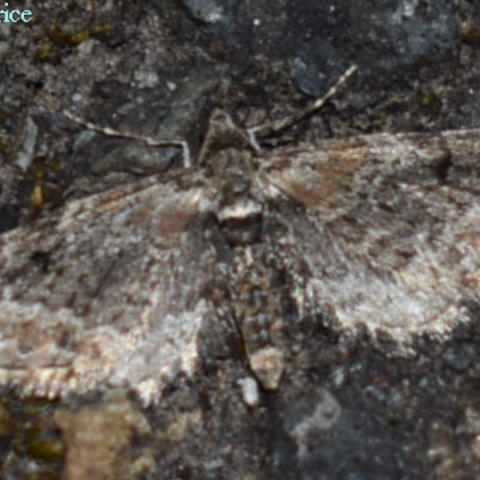 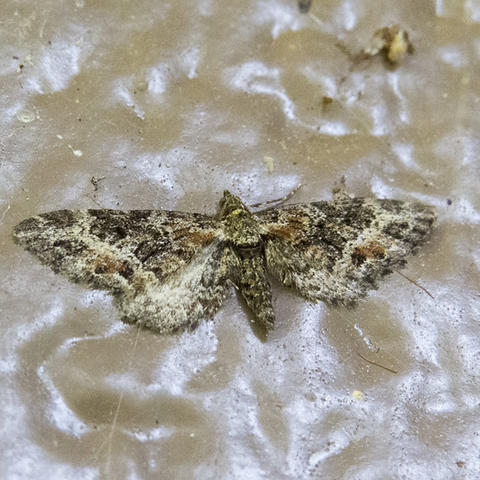