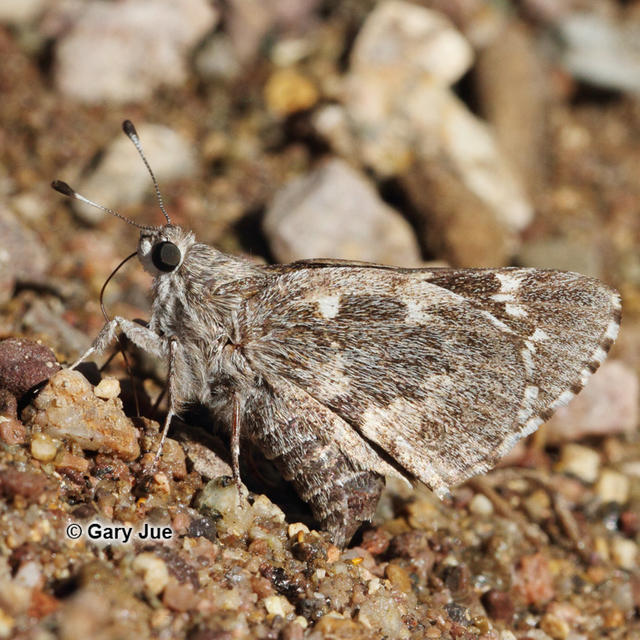 Family: Hesperiidae
Subfamily: Megathyminae
Identification: Upperside dark brown with both wings suffused with orange, especially at bases and postmedian bands of small orange-yellow spots separated by black veins. Spot bands are wider in the female. Underside of hindwing is gray with a vague lighter band.
Wing Span: 2 - 2 3/8 inches (5.0 - 6.1 cm).
Life History: Adults have a noisy, fast flight. From early morning to noon males perch near host plants to wait for receptive females. Eggs are laid singly on the host and fall to the base of the plant. A young caterpillar crawls to a leaf tip and burrows inside where it eats pulp and then hibernates. In the spring the caterpillar makes a new burrow in a leaf base where it feeds on sap until becoming inactive for the summer. Before pupating, the caterpillar enlarges the opening of its burrow and makes a silk trap door from which the adult can emerge.
Flight: One flight from late August to mid-November.
Caterpillar Hosts: Palmer\'s agave (Agave palmeri).
Adult Food: Females never feed; males sip moisture from mud.
Habitat: Canyons with periodic water, open grassy woodland.
Range: Southeastern Arizona to southwestern New Mexico; south into northern Mexico.
Conservation: Not usually required.
NCGR: G4G5- Apparently secure globally, though it might be quite rare in parts of its range, especially at the periphery OR Demonstrably secure globally, though it may be quite rare in parts of its range, especially at the periphery.
Management Needs: None reported.
Comments: NULL 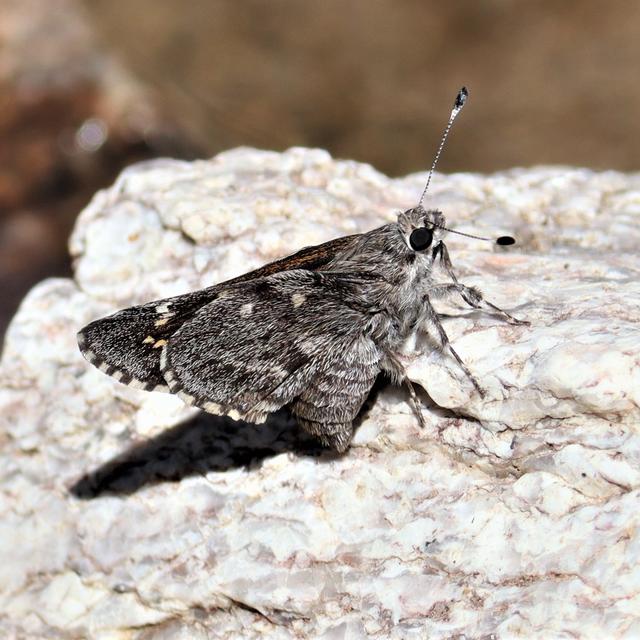 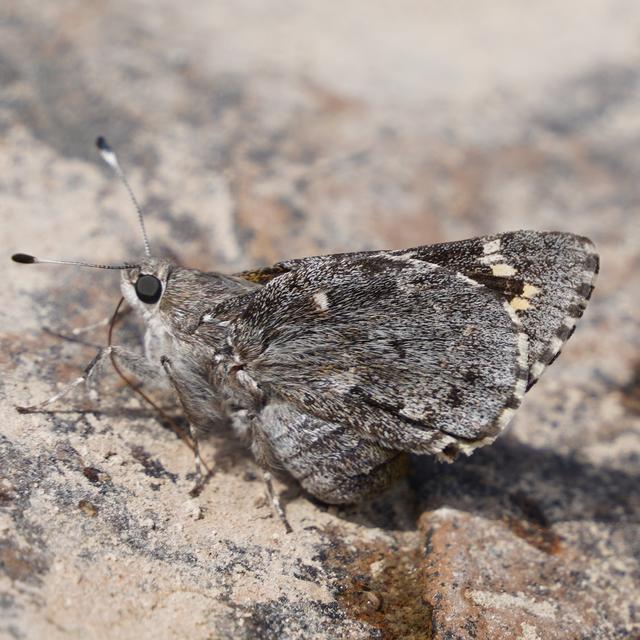 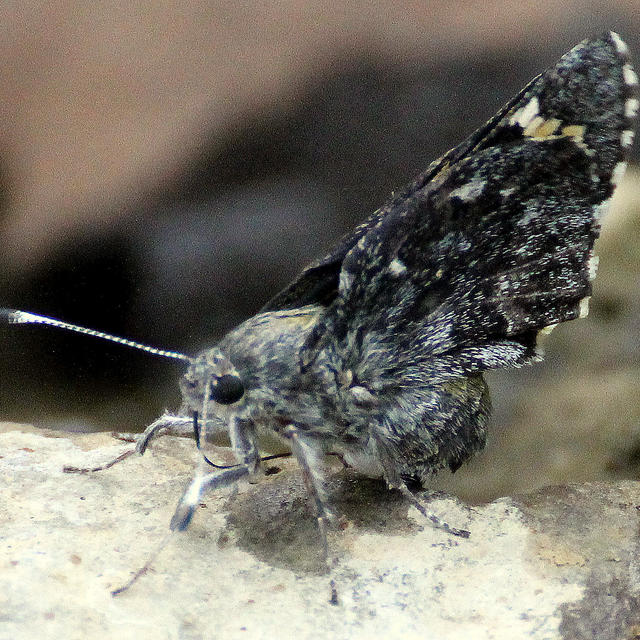 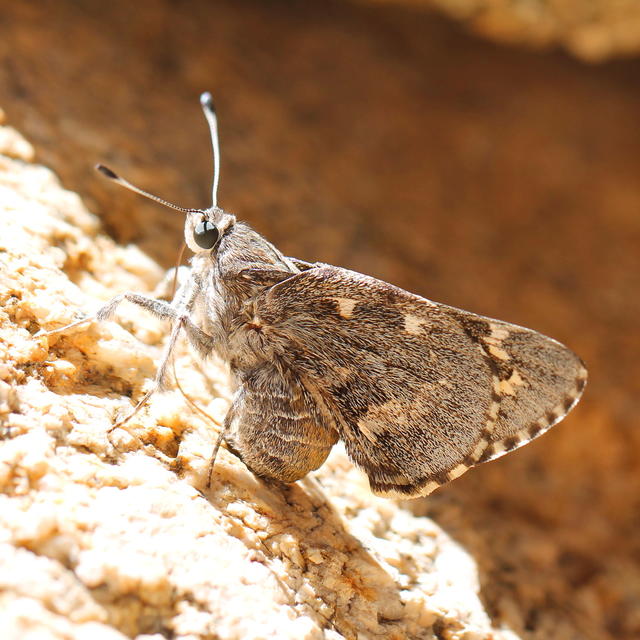 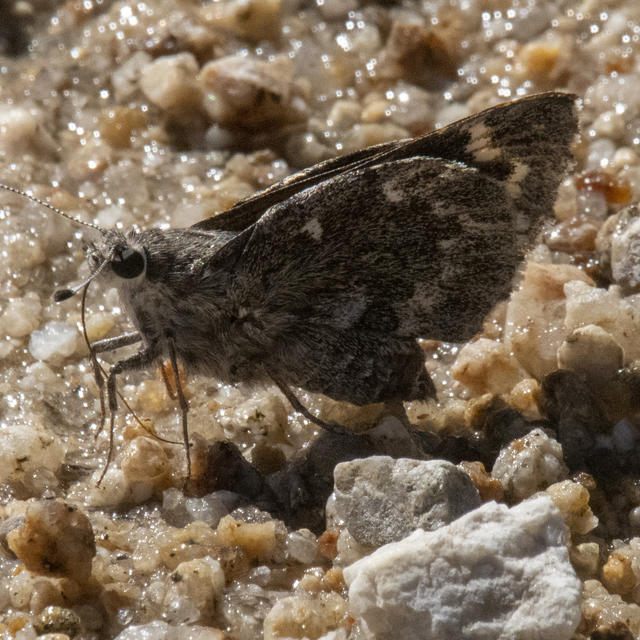 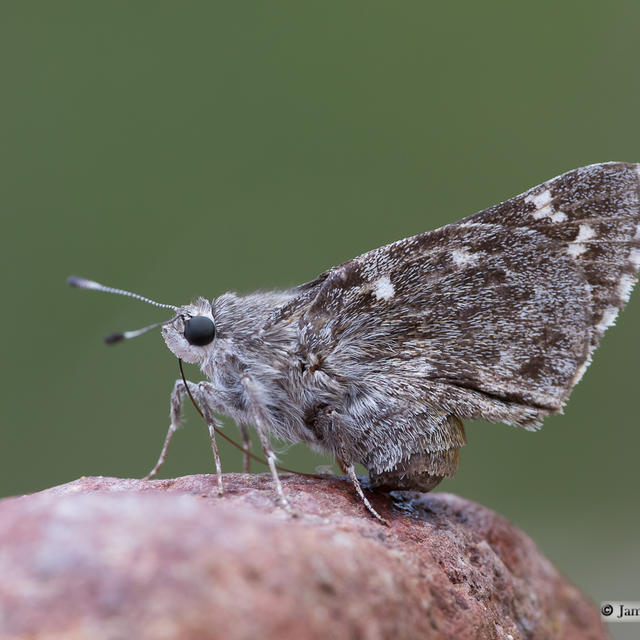 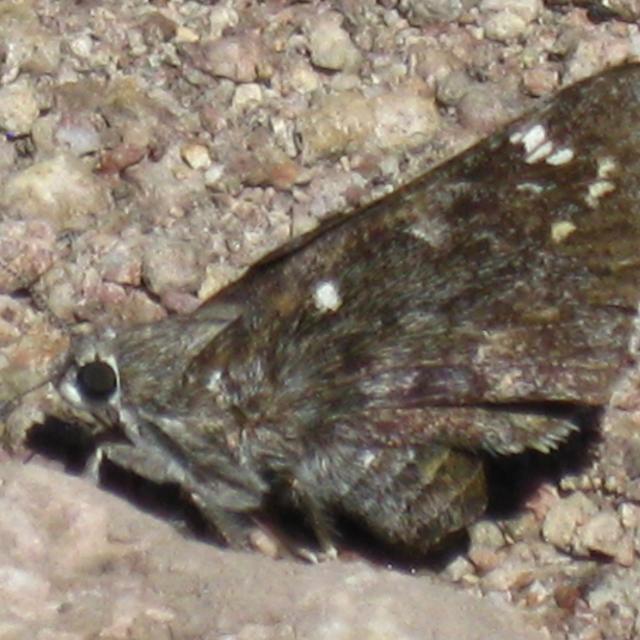