Submitted by: Bdog
Specimen type: Photograph
Observation notes: Normally I wouldn't think much of a Mountain Mahogany Hairstreak but the two I saw at this site were enormous. These pictures are of 1 individual, I did not get any of the second. At first I thought they were Great Copper until landing then I thought Thicket Hairstreak until I quickly realized Mountain Mahogany. Due to tails they must be females, also a more rounded appearance than the males I have seen elsewhere. Oddly though they were drinking moisture from a stream bed, a predominantly male behavior. BAMONA does not say their max size is much different from other Satyrium but these were at least two times bigger than the other Satyrium species I observed at the same mud, granted they were most likely all males. Unfortunately pictures are no good at showing size. This is one time I wish I took a specimen.
Status: Resident
Verified by: Ken Davenport
Coordinator notes: None.
Checklist region(s): United States, California, San Diego County 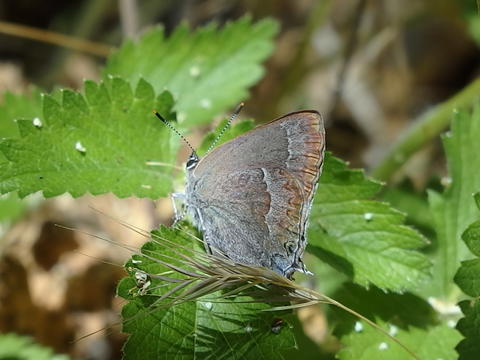 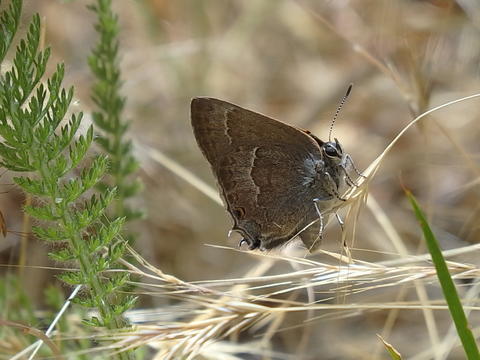