Submitted by: TCollins
Specimen type: Photograph
Observation notes: I found this butterfly feeding on a Antelope Horns (Milkweed) just north of the barn. I called my wife and we each too several pictures with our Canon SX50 cameras. My visual impression was that it was a Green Skipper which would be my second record for the ranch. However after studying the numberous pictures we took, I decided it did not appear to be a Green (H. viridis). The white two spot chevron on the ventral side of the training edge of the forewing looked unusual to me and did not fit any Green Skipper I could find. I decided to forward some pictures to my local San Antonio butterfly authority Terry Doyle - Southern Lepidopterist Society. His note back to me that my bug was a is Hesperia pahaska williamsi. Based on his identification I read-up on this species and Kaufman does mention the two spot chevron. This would be a Kerr County records and my 4th county record if approved. More pictures are available at the following PICASA link: https://plus.google.com/u/0/photos/114555392171032887342/albums/6143677597199872561 The first 11 pictures are mine and the remaining 12 are my wife's - Sherry Collins. Note from Terry Doyle---This is Hesperia pahaska williamsi. Normally found in AZ, MX and in Brewster and Jeff Davis Cos. in TX. Our examples of the subspecies are different from the specimens from AZ and tend to look more like Mx. But they are the same bug according to latest list. (1964) that I could find. Evidently there is some variability with this taxon. Additional note from Terry Doyle: tdoyle335@yahoo.com I have taken the liberty of submitting your record to the Lepidopterists' Society for inclusion in the 2015 Season Summary. It has been accepted without question and the only caveat was to be certain that we do not have any records from Kerr Co. for williamsi in the Texas atlas. But a cursory note was that it would probably be a first record. Interestingly, only Hesperia viridis is the only species cited in Lacey's notes for that genus. He listed it as H. nevada described in 1874. He collected lepidoptera specimens for Barnes who may have misidentified it for him at the time. No nevada specimens have ever been taken in Texas to my knowledge.
Status: Stray
Verified by: stomlins701
Coordinator notes: I am basing this review and acceptance of this sighting on the observer notes and review of the sighting by Terry Doyle of the Southern Lepidoperist Society. SAT
Checklist region(s): United States, Kerr County, Texas 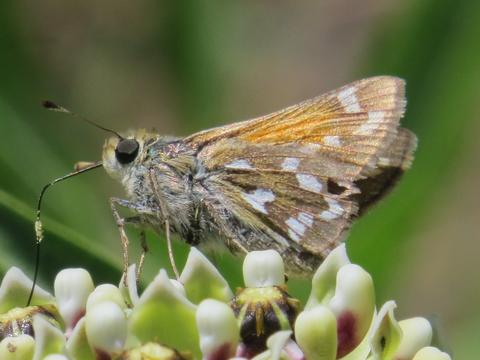 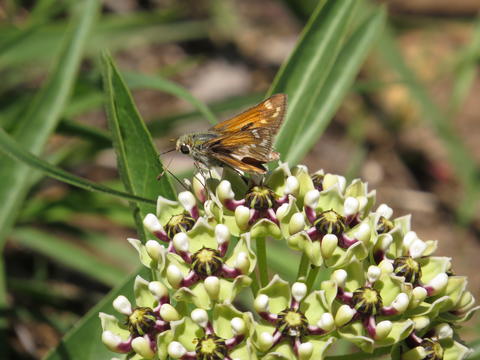